Apple TV 2015: All the most important tips and tricks you need to know about

Apple’s latest, and arguably greatest, assault on the living room is finally here. The 2015 Apple TV might look a lot like its predecessors, but underneath that shiny black surface is a powerful little beast running a new operating system called tvOS.

It’s really tvOS that gives
Apple TV all its smarts. Built upon iOS, it brings Siri, an updated
frosty white interface and, finally, a real-life App Store to your
television. But as with all new things, they can sometimes take a bit of
getting used too.

We’re here to help though, here’s 11 Apple TV tips
and tricks you need to know about. 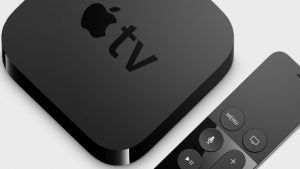 Tidy up your home screen

Just like on iOS, tvOS gives you the ability to mess about and rearrange your slew of home screen icons. Annoyingly, you can’t put them in folders yet though. Hover over the app you want to move, hold down the touchpad until it does that trademark ‘wiggle’ and swipe it to a new location.

When dragged to the top row, some apps get a bit of extra functionality. Pop Netflix up there and it’ll show recently added films, while Plex shows everything everything you’ve got on Deck.

To delete an app entirely from Apple TV select it with the remote, hold down on the touchpad until the icon starts to wiggle and hit the play/pause button. A confirmation box will pop up, just to make sure you really want to delete it, so click yes and bad app begone.

Bring up the multitasking menu

The multitasking features of Apple TV are barely mentioned at all, but you can quickly jump from, say, Netflix to Alto’s Adventure without going back to the home screen first. Double tap the home button – that’s the one that looks like a TV – and you’ll jump into a multitasking view, familiar to those with an iPhone. Here you can switch to any app you’ve got open.

Related: Which iPad should you buy? Apple’s tablets compared 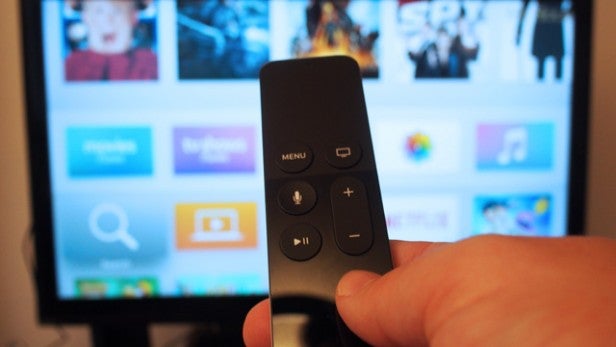 While you’re in the multitasking menu mentioned above you can also force quit apps, great for when they’re acting up. Just head over to the app and swipe up with the touchpad.

You know when loud effects bombard a movie and you can’t make out what the characters are saying? Well, Apple TV has a feature to combat this. Just ask Siri to ‘reduce loud sounds’ and the dialogue will become much clearer.

Connect a set of Bluetooth headphones

A couple of recent streaming boxes – notably the Nvidia Shield – have remotes equipped with a jack for rerouting your television sound to a pair of headphones. Apple didn’t give the Siri remote one of these, but tvOS will let you hook-up a pair of Bluetooth cans so your Netflix binges don’t disturb the rest of your house. Just head into the Settings – Remotes and Device – Bluetooth and make sure you headphones are set to pairing mode. 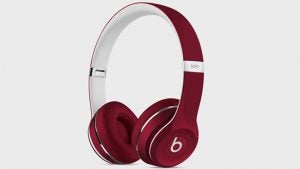 See what Siri can do

Siri is one of the killer features in the new Apple TV, and it’s really good, but it can be a bit tricky to know exactly what the virtual assistant can do. Thankfully, Apple has a little overview showing you everything she can help with. Just hold down the Siri button, don’t say anything and wait. A list of options will appear, from asking what the current weather to football fixtures at the weekend.

Ask Siri to rewind for you

Out of all of Siri’s new-found smarts, this is easily the coolest. Say you’re watching The Wire and for all your efforts you just can’t decipher those strong Baltimore accents, just ask Siri, ‘What did they say?’ and the programme will jump back 30-seconds and flip on the subtitles. Once the time has passed, the subs will automatically turn off.

Related: Apple TV: You need to download these apps first 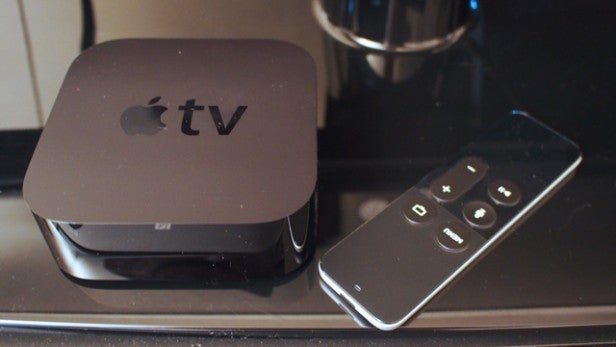 Don’t expect the iOS or Apple Watch app to work

Rather than a tip or trick, this is more of a warning. If you’re used to using Apple’s iOS Remote app on your iPhone, iPad or Apple Watch, you’re in for some bad news. It doesn’t, currently anyway, work on the new Apple TV.

We hope Apple will release an update to re-enable functionality soon, but for the time being you’ll have to use the Siri remote or the older aluminium version. Or…

Pair up your universal remote

If you’re not a fan of Apple’s included remote, you can connect up a universal one and use that instead. Just open up Settings, click Remotes and Devices and Learn Remote.

Let the music keep on playing

Apple’s Spotify rivalling (though certainly not beating) music streaming service is baked into tvOS and you can happily keep on jamming to Beats 1 without being stuck in the app.

A tap on the play/pause button will stop the tunes from wherever you are, but if you long press on the same button you’ll instantly jump back to the Music app.

Got your own Apple TV tips and tricks? Let us know in the comments box below