Apple CEO Tim Cook has a lot to say about the future, most of it about how Apple will be smashing the competition.

Speaking to The Telegraph, the the Apple boss touched on everything from the demise of the PC to Theresa May’s Investigatory Powers Bill, introduced to Parliament last week.

Here are five of the most important things he had to say.

Why would you buy a PC? 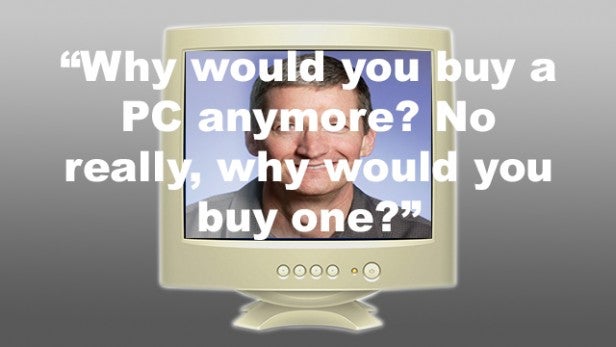 Why!? Mr Cook seems very keen to play up the demise of the PC as he see’s it, mainly because his company is set to release the iPad Pro this week, with preorders beginning on Wednesday, and will want to market it as a genuine alternative to a desktop computer.

Mac computers and products have long been positioned as alternatives to the ubiquitous PC but Mr Cook’s comment shows how far his company has come and how confident Apple is in its growing range of products and their ability to replace the PC. The company are obviously turning their sights to an office takeover and think that the iPad may be the product to kickstart it, as evidenced by this next line from Cook…

The iPad Pro is about to take over… 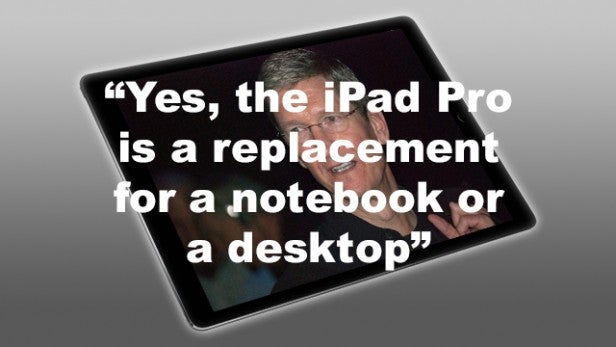 “Yes, the iPad Pro is a replacement for a notebook or a desktop for many, many people. They will start using it and conclude they no longer need to use anything else.”

So there you have it. Throw your desktops, and presumably your macbooks and iMacs, away people, it’s time to turn Pro. Marketing rhetoric aside, the company is obviously heavily investing in the iPad Pro becoming one of their flagship products. Popular though they are, tablets are still not replacing PCs and laptops on a mass scale. But perhaps the iPad Pro could be a turning point in that respect? 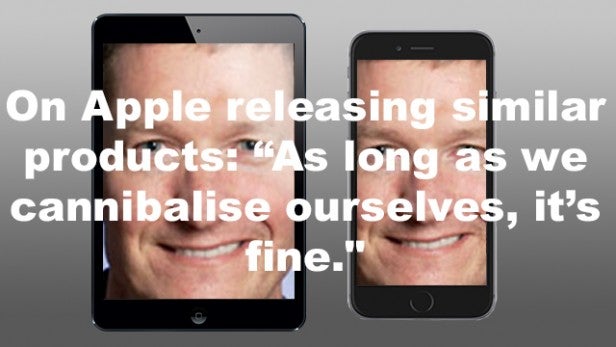 “As long as we cannibalise ourselves, it’s fine.”

Taken out of context this could seem a tad worrying, although even in context all this talk of cannibalisation still seems a bit weird. Mr Cook is referring to the company’s lack of concern over pushing its own products out of the marketplace by releasing two similar items, such as the iPad mini and the large iPhone 6S and iPhone 6S Plus.

Again, this speaks to Apple’s rapidly expanding product range and relentless ambition to evolve and adapt, even if it means ‘cannibalising’ their own products.

On an Apple streaming service: We want to do something better 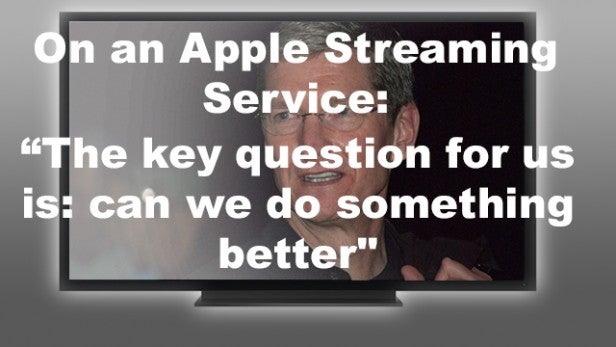 “The key question for us is: can we do something better”

The above quote is in response to a question regarding an Apple streaming service to accompany the firm’s newly released Apple TV. Although Mr Cook reveals very little about such a thing, he also doesn’t rule it out, making us very intrigued to see whether this will actually come to light.

If the office PC onslaught is any indication, Apple is clearly confident in their ability to do things better than their competitors, it just remains to be seen whether it is confident enough to think that they can do streaming better than Netflix.

On the Snooper’s Charter: We need to preserve end-to-end encryption 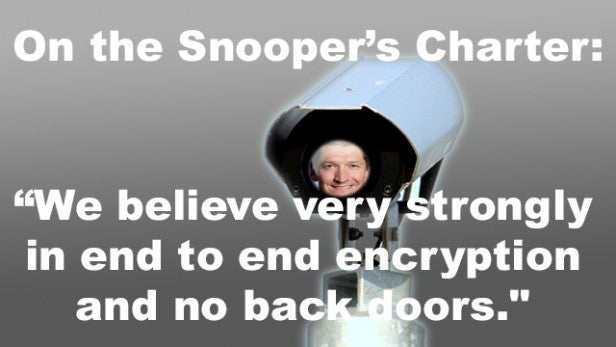 “We believe very strongly in end to end encryption and no back doors.”

With its mandate requiring companies to provide unencrypted information if asked, the bill has prompted concerns about so-called ‘back doors’ being built in to encryption which could be exploited by hackers.

If nothing else, Mr Cook’s affirmation of his belief in end-to-end encryption is reassuring at a time when companies like Apple will be facing increasing pressure from State governments to provide access to unencrypted data.

As he goes on to say: “If you halt or weaken encryption, the people that you hurt are not the folks that want to do bad things. It’s the good people.”

Check out our smartphone buyer’s video guide below: