With the dust now settled on Apple’s September launch event, we have a clear idea of what to expect from the fruity tech giant over the coming months.

Key announcements included the unveiling of the much-rumoured, and now finally confirmed, iPhone 6S and iPad Pro. Also revealed were the download date for iOS 9 alongside a new Apple TV.  But within this sea of announcements Apple failed to mention a few key products, or snippets of info.

The rumour mill has been in overdrive in recent months regarding Apple’s alleged automotive plans. Most recently, an unconfirmed rumour emerged on the cyber highways suggesting that Apple is taking a page out of Google’s book and developing a self-driving car.

Prior to that a separate report broke suggesting Apple had been taking part in covert meetings with German automotive powerhouse BMW.

The rumours have been so persistent that they’ve even prompted official comment from executives in the automotive industry. Mercedes-Benz’s Dieter Zetsche chipped in on the debate earlier this year, arguing that even if Apple is making a car, its chances of succeeding are nominal.

Sadly, despite the high levels of interest surrounding an Apple car, come the big September event, the company made no official reference to its automotive plans.

Despite the lack of an official announcement, Apple’s Craig Federighi couldn’t resist the urge to poke fun at the rumours. During his keynote on 3D Touch, Federighi referenced a “new Apple ride”. Sadly, the Apple ride he joked about turned out to be a fictional motorised unicycle. 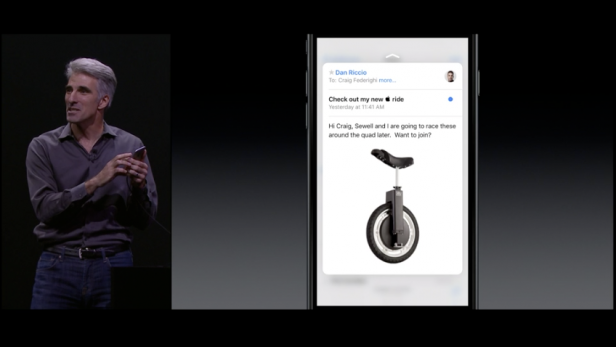 When will we get an truly cheap iPhone?

Apple products normally come at a premium price. But in 2013, Apple atypically chose to give fans a slightly more affordable smartphone with its release of the iPhone 5C.

Featuring a more colourful plastic design than regular iPhones, while continuing to pack in the iPhone 5’s reasonable – at the time – internal components, the 5C was close to £100 cheaper than its premium sibling, the 5S.

Despite being listed by most analysts as a success, to date Apple has chosen not to release a follow-up to the 5C. This has left Apple fans on a budget between a rock and hard place.

As a result, many fans were understandably hoping to see Apple unveil a follow-up to the 5C. Sadly this didn’t happen. Instead, Apple chose to moderately lower the price of its existing iPhone 6, 6 Plus and 5S. 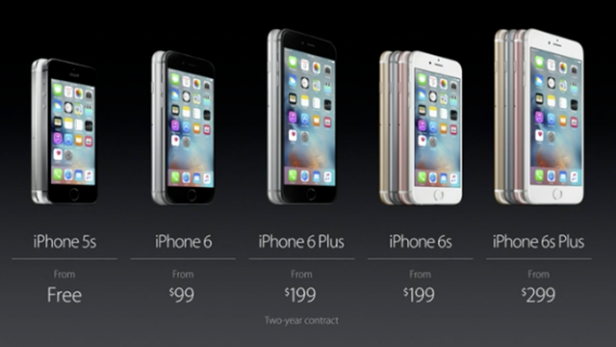 This means Apple is once again behind Android when it comes to offering value for money. Cheaper devices, such as the £239 OnePlus 2 and £279 Moto X Play offer noticeably better specifications, and arguably better experiences, than the more expensive iPhone 5S.

Optical Image Stabilisation (OIS) is a vogue item in the smartphone world. Since Nokia, now Microsoft Devices, brought the technology to the mobile masses on the Lumia 1020, technology companies have been racing to add it to their smartphones – and for good reason.

OIS is a nifty bit of technology that helps improve a camera’s performance in low light. By compensating in real-time for shaking and vibrating while shooting, it improves photo quality. The compensation means there are no alterations or light degradations on captured images.

Apple debuted the technology on its iPhone 6 Plus in 2014, but chose to keep it off its then flagship iPhone 6. The move to leave the tech out of the iPhone 6 was generally listed as a negative, since OIS radically improved the 6 Plus camera’s performance.

As a result, Apple fans around the world were expecting the tech to be a key feature on Apple’s 2015 flagship iPhone 6S.

Oddly, come the 6S’s unveiling, there was no mention of OIS. Instead, the company seemed hell bent on rattling on about the fact the iPhones’ camera resolution had been bumped up from 8-megapixels to 12-megapixels.

We’ll reserve judgement over whether this is a good or bad move until we’ve had the opportunity to thoroughly test the 6S’s camera.

When will OS X El Capitan be released?

Apple introduced the new version of its desktop and laptop operating system, OS X El Capitan, at its WWDC developer conference in June.

On paper the OS looks pretty awesome, even though it’s currently in an unfinished state. It adds a number of cool new features and upgrades to OS X, including under-the-hood performance improvements as well as updated Spotlight and Mission Control features.

Sadly, despite offering plenty of information about its mobile plans, Apple chose to offer woefully few details about OS X El Capitan’s exact release date. In fact, it made no mention of it at all.