OPINION: Unlike a lot of people, TrustedReviews’ Joe Roberts has yet to be taken in by music streaming. But can the recent arrival of Apple Music on Android convince him that it’s time to say goodbye to the CD?

I am one of the few who have not yet been sold on music streaming. I’ve always collected music, whether in CD or vinyl form, and as such, Spotify and other music streaming services always seemed like a bit of a cop out – turning music from a serious passion into a vague interest to dip in and out of every so often.

But buying and collecting music is an expensive pastime, so I, a humble Android user, spent a week with the newly launched Apple Music on Android, currently still in beta form, to see what this whole music streaming thing was all about. Did it win me over? Well, kind of. 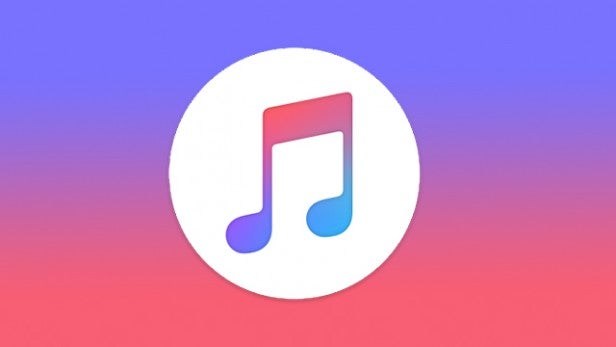 Firstly, the Android version of Apple Music doesn’t like me at all. At least, I don’t think it does. At the start, all seemed to be going well…

After downloading and opening the app, it will ask you some questions about your favourite music genres and artists. This information then feeds into the ‘For You’ page, which is the first thing you see when opening the app.

Curated playlists based upon your preferences are presented for your selection, including such collections as ‘Evening Commute’ which promised to provide ‘soothing and compelling’ tunes for my long trip home. Very helpful, Apple Music, thank you.

There are also introductions to artists Apple knows I haven’t listened to, interspersed with specific album suggestions. All in all, it was looking fairly promising. The only hiccup came when I unwittingly hit the play button, which appears at the bottom of the screen when you open the app, whereupon my ears were assaulted by Justin Bieber. And if there’s one way not to succesfully ingratiate me to your app, it’s impromptu Biebs.

It was when stumbling upon the playlist entitled ‘Friday Night In’ that things started to deteriorate further. The playlist contained songs that Apple evidently felt would enhance what it had decided was going to be a hopelessly lonely friday night spent ‘cranking the fire, opening a bottle of wine, and cozying up with this playlist of soft and sultry tracks’. Either Apple Music thinks I’m an overworked corporate woman in need of a bubble bath and some ‘me time’, or it was beginning to reveal another side to itself; one not so congenial.

Still, cozy onesie evening aside, the playlists otherwise seemed well chosen for the type of music I’m interested in and I discovered some great tracks by picking random playlists and letting them play while I did other stuff; lonely shut-in that I am.

If you hear something you like, you can add it to a playlist, share it, check out more from the artist, or, like with Spotify, download the track so you can listen to it anywhere without worrying about a Wi-FI connection or using up data. Anything you download goes straight into the ‘My Music’ section, which gives you a list of the artists whose songs you’ve downloaded and a section at the top to show the most recently added tracks.

Related: 5 reasons to switch from Spotify to Apple Music

This was great for me, as I still have a data allowance on my phone and this way I could download some tracks during the day and check them out on my commute home without having to worry about racking up data charges.

Alongside the questionable playlist suggestions however, there were some minor issues with the interface. The features generally worked well, but there was some lag between me hitting the ‘add to playlist’ button and the app actually taking me to the page where I could create a playlist. I’m using a Galaxy S5, which is more than powerful enough to avoid such issues.

On some occasions I also had to repeatedly press the download button on certain tracks as the app refused to download when I asked it to. It would also be nice if I could swipe through songs on a playlist when viewing an individual song, like Google Play Music. When playing music from an album and looking at the overall track listing, a little speaker icon next to the track that’s currently playing wouldn’t go amiss. Again, these are minor niggles.

One thing that I found really frustrating, however, was the Apple Music widget/notification that appears on my lock screen. One of the drawbacks of the touchscreen revolution when it comes to listening to music on the go is that, unlike the MP3 players of yore which had physical buttons, you have to get your device out of your pocket to skip tracks and play/pause.

That is, of course, unless you have headphones with controls on the cable. So the play/pause/skip controls that appear on your lock screen have to be as easy to use as possible to counteract the, admittedly small, irritation of getting the device out in the first place.

Unfortunately, not only were the Apple Music controls on my phone’s lock screen limited to just pause and skip forward, the buttons were so small that I had to tap several times just to get them to work. Most of the time, because the play and pause icons were so small, the screen couldn’t detect which one I was trying to press.

On most occasions My phone therefore thought I was trying to unlock it and flashed the number pad at me persistently as my frustrated taps grew increasingly aggressive. Apple Music was basically colluding with my handset in a fiendish scheme to reduce me to a trembling mess.

Again, the lock screen controls are something that Google Play Music gets right, and if you’re taking on Android, you may want to consider what users are already used to from the standard music app that comes with the OS and at least match it, if not try to better it.

Also, this little guy became a familiar friend throughout my usage of the app. 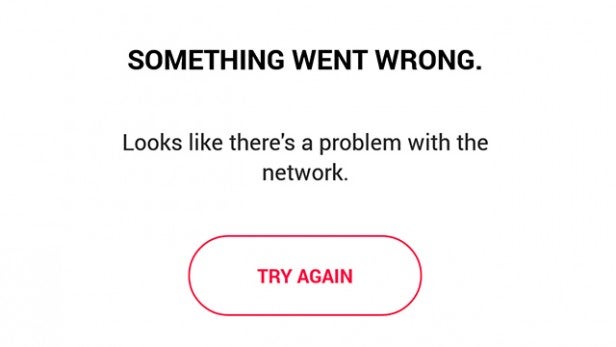 Likely a symptom of Apple Music on Android’s beta status, the ‘something went wrong’ screen, in its determination to state the obvious, continues the app’s mocking tone as well as signalling the many internal failings of Apple Music.

At first I thought it may have been simply because I was losing signal, but something would often go wrong when I was just listening to my own downloaded music. Also, if I used other apps on my phone, Apple Music, evidently bored of my listening habits, would sporadically just turn off, only to greet me with the above screen upon reloading. Having a screen to explain nothing more than what is plainly obvious just makes things worse.

What’s more, it was following one of these episodes that the ‘For You’ section decided to recommend the ‘Cup of Coffee and the Morning Paper’ playlist which admonished me to listen to its suggested tracks while ‘decorating my notebook with a few new coffee rings and writing down my innermost thoughts’, presumably on the morning following my wine sodden Friday night in.

I began to feel torn. All the while the app was helping me find some pretty awesome music, it was also subtly mocking me and breaking for no reason. Despite its cold condescension and tenuous performance however, I was was yet to sample the full streaming ideal Apple Music offered.

Before giving up on it for good, I decided to explore the iCloud feature, which allows you to upload your own music library from iTunes into the cloud for access anywhere. I am a long-time iTunes user with a worryingly well organised music library which I have been maintaining for almost 10 years. If your are similarly obsessive and have a music library which is yet to greet the cloud, this is where Apple Music may just win you over.

Uploading your stored music to the cloud is incredibly easy and can be done from within iTunes. When you first join Apple Music, Apple will identify the songs in your personal music collection and compare them to its catalog. Songs it finds in the catalogue are made instantly available to access on all of your devices during your membership. Songs that can’t be identified can then be uploaded with iTunes into the iCloud.

All of this was great for me, as ever since my iPod Classic broke, I’ve been using my phone to listen to music. And as great as my phone is, it doesn’t have anywhere near enough memory to contain the exorbitant Gigabytes that make up my iTunes library. Suddenly, that problem had been solved. No longer did I have to worry about buying another iPod that would self destruct the next time Apple updated iTunes.

I was almost a fully-fledged convert. Sure, the app still decided to torment me on occasions, the insults getting ever more subtle. But, I could not deny the convenience of the iCloud.

And therein lies the rub. If you can put up with the sporadic breaking and bizarre suggestions, Apple Music on Android is great, especially if you have a library of music just waiting to ascend to the cloud. If you also happen to be into whatever is in the charts (if that’s even still a thing) then the ‘New’ section, with its suggestions based on newly released material, will also appeal to you.

Maybe I’m developing some sort of Stockholm syndrome, but I’ve actually come to like my tormenting companion. In the end we can all learn something from Apple Music: ridicule, mockery, and unreliability is the path to real friendship. So go forth and tell a stranger they suck, it could be the start of something beautiful.