Apple Music is launching today. Here’s everything you need to know about how Apple is hoping to shake up the music streaming industry

It seems like we’ve been talking about it for months and now Apple’s answer to Spotify, Deezer and Tidal is finally landing.

The monthly subscription service will offer many of the features its rivals boast, including a huge catalogue of music to listen through, the ability to create playlists, and that all-important offline playback when you don’t want to chew into your mobile data. Additionally, it will also signal the arrival of the Beats 1 Radio live internet station led by former Radio 1 DJ Zane Lowe.

But what else do you need to know about Apple Music? From the size of the catalogue, to how iTunes will be integrated and details of the sound quality, here’s our handy guide to Apple’s music streaming service.

If you want to get Apple Music streaming from the off, you won’t have to wait long. Senior Apple Music director Ian Rogers revealed via a blog post the precise time that Apple Music will be available.

It’s launching alongside iOS 8.4, so you’ll need to download that first to your Apple device and the new Apple Music app should be baked into the latest update.

You can expect iOS 8.4 to be available to download and install from 11am Eastern Time, which is 4pm in UK time, on 30 June. If you want to know when you can tune into the new Beats 1 radio station, the first show is scheduled to go live an hour later at 5pm UK time. 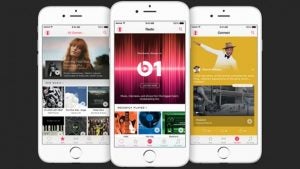 How big is the Apple Music catalogue?

Apple hasn’t put an exact number on the quantity of songs it will offer, but it’s looking likely to be around the 30 million mark. That’s about the same as Spotify, which is more than Tidal (25 million) and less than Deezer (35 million).

If you’re hoping that you’ll get access to everything that’s available on iTunes, you’re going to be disappointed. Apple’s storefront has 37 million tracks, so that’s 7 million songs you won’t be able to stream. That includes the Beatles, which is an exclusive on iTunes and still doesn’t appear on any other streaming music service.

How much will Apple Music cost?

Right up till launch, we still don’t know what UK pricing will be for Apple Music. At the moment, we know that in the US it’ll cost $9.99 for full access to the streaming catalogue and $14.99 for a family membership enabling up to six people to get the full Apple Music experience. We’d imagine that’s likely to translate to £9.99 and £14.99 for UK users. Spotify offers similar pricing, but its family setup works a little differently where you pay the full £9.99 and each new user pays 50% less to sign up.

If you’re not interested in paying for the streaming part and just want to listen to the live radio station and artist/genre-led stations, then that option is available for free. You will, however, have limited track skipping during your listening time. It’s also free to try for three months, so that’s a decent amount of time to decide if it’s the music streaming service for you. 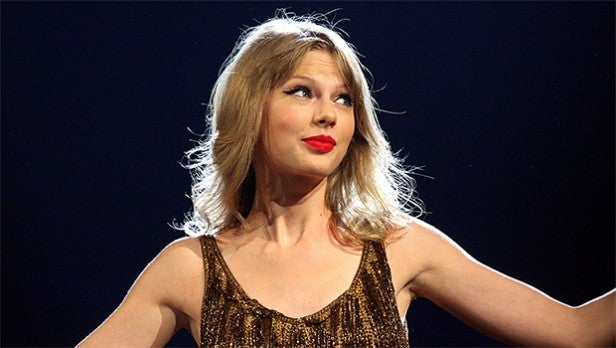 What about Apple Music exclusives?

If there’s one way that Apple Music can win the music streaming war, it’s by offering music before any of its rivals. To kick things off, Pharrell’s latest single, Freedom, which is currently being used on Apple Music adverts, will debut on the streaming service when it goes live.

After resolving her royalty issues with Apple, Taylor Swift’s allowing her new album, 1989, to appear on Apple Music as well. Her album currently doesn’t appear on any other streaming service.

Taking full advantage of Apple’s Beats buyout, Dr Dre’s iconic 1992 album The Chronic will appear on Apple Music having gone missing in action on Beats Music after a dispute with Death Row Records.

Apple has confirmed that at launch you’ll be able to use Apple Music on iOS devices, Macs and Windows devices. If you own an Android phone or tablet, then support will be coming later this year. It’s the same story for Apple TV as well.

The good news is that Sonos has confirmed that it plans to add support for Apple Music by the end of the year. So here’s hoping that it’s not the only streaming system to offer access to the service in the not too distant future.

How does iTunes Music Match work with Apple Music?

It’s not until the last few days we’ve managed to get a better picture of how Apple Music will integrate with existing iTunes services, such as iTunes Match. This is Apple’s answer to Google Play Music’s feature where the service can scan your existing library and add them to an iCloud account, giving you access to them whenever you’re connected to the web.

The same functionality will be built into Apple Music for music not associated with your music library or iTunes purchases, letting you upload and access from Apple devices registered with your Apple ID. Initially, you’ll be able to match 25,000 songs, which will be upped to 100,000 songs later this year when iOS 9 launches. To put that in perspective, Google currently offers 50,000 songs through its music streaming service.

From an iTunes catalogue point of view, Apple is working hard to make sure the majority of the music is supported. If you still just want to use iTunes Match without Apple Music, it looks like that will be an option, but it’ll still require the annual fee.

Apple hasn’t really made it clear whether music that can’t be matched and is stored in iCloud will count against your iCloud storage. We’ll let you know once we’ve spent more time with it. 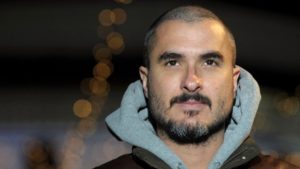 Apple Music streaming quality will be lower than Spotify

Now this won’t matter to most, but for anyone who really cares about sound quality and bitrates, Apple has confirmed that it will be offering a maximum 256kbps in the AAC file format, which is the same that’s offered through its iTunes Match service. Spotify, Deezer and Google Play Music all offer a maximum of 320kbps in MP3 format.

This is all to do with file compression and how analogue recordings are turned into digital ones. We’ve gone into more detail about it in our explanation of Tidal and its lossless audio streaming. Apple has decided to go with an option that’s less than the industry standard but will deal with smaller file sizes. Whether the majority of users will be able to tell the difference, however, is another thing.

Remember Ping? This was Apple’s attempt at making a music-based social network. It didn’t do too well, but in spite of its failure, Apple is having another go and has given it a new name. Connect’s concept is largely the same: to bring fans and artists closer together.

How will Apple do this? Well, as on Facebook and Twitter, users will be able to comment on posts by artists. In a unique twist, artists will be able to add new songs to their existing discography, test new lyrics, share raw music video footage or pretty much anything they want to share with their fans. It looks like Pharrell will be the first artist to embrace the new platform, but only time will tell if others will follow suit.

Who will be presenting on Beats 1 Radio?

Beats 1 Radio is possibly the most interesting part of the Apple Music package. Nine Inch Nails singer Trent Reznor is credited with the idea of the 24/7 live internet radio station, which sees former Radio 1 DJ Zane Lowe piecing together a mixture of artist-led and non-artist-led shows for the service.

Aside from the artist-led shows, you can also expect to find out which songs you need to listen to on that day according to Lowe. There’s also going to be a Chart Show and channels with names like Pure Pop, SoundSystem and The Mixtape to get a more versatile mix of music.

Are you excited about Apple Music? Let us know your thoughts in the comments section below.