Apple has just taken the wraps off its highly anticipated and much rumoured music streaming service, it’s called Apple Music and it will be available in 100 countries from June 30.

For a company that dominated the music industry for a large part of the
last decade, it’s taken Apple a long time to finally admit that people
no longer want to download songs and albums a-la-carte, they want to
pay a monthly fee and stream everything. But, that time has now come.
Apple Music features 24/7 live streaming radio anchored by Zane Low,
curated playlists, a whole load of available music and a newly designed
iOS app.

Will it take Spotify’s music streaming crown? Let’s have a look at five reason why you might want to switch. 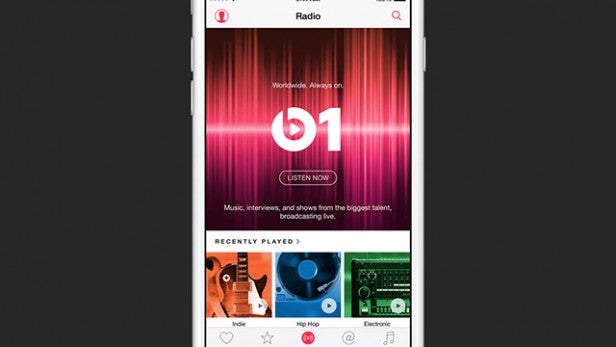 After Apple acquired Beats for a hefty wad of cash last year, it seemed a no-brainer that if the plan was to replace Beats Music with something more Apple focussed then it would integrate a hefty amount of curation features. Especially as this was on the shining lights of the Beats Music service.

Apple hopes to trump Spotify by offering a mixture of personally curated content from big names – this is why they poached Zane Lowe from Radio 1 – and human generated playlists. It’ll run a 24/7 radio station called Beats One – streaming live from LA, London and New York – anchored by Mr. Lowe himself and other radio personalities, which is something that’s never been done before.

Built in to your current iTunes music library 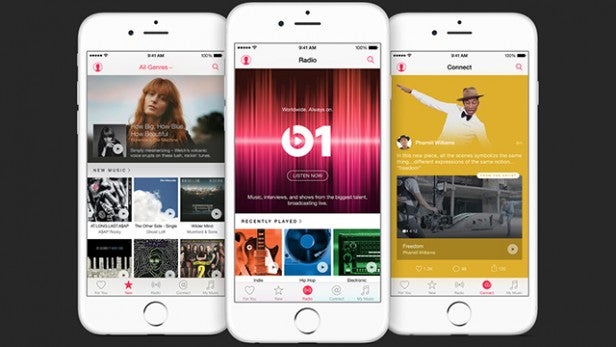 If, until Spotify came along, you meticulously imported all your music into iTunes and built up a rather impressive music collection this could be a big selling point for Apple Music.

Instead of just offering up your streaming tunes, the service will include your previously added music. This is one of the best features of Google Play Music All Access as if you’ve got some eclectic musical tastes or classic mix tapes saved on your computer, you can combine it with the larger library to fill in the gaps.

Who likes typing anyway? Apple Music lets you access your tunes directly through the virtual voice assistant Siri. Along with asking for artists, you can be more specific and say ‘play the song that was number one on this day in 1992’ and it’ll instantly fire it up. Snazzy. 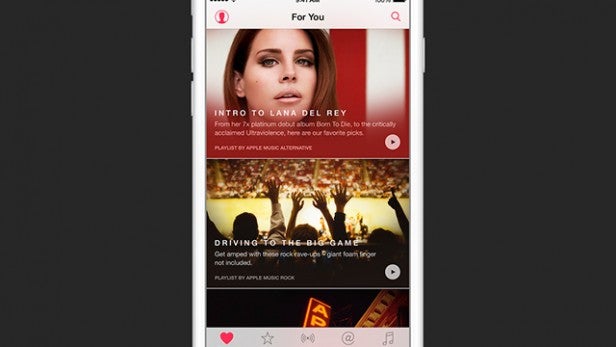 SEE ALSO: Apple is bringing native apps to the Watch

Apple’s
previous attempt to get a piece of the social network pie, it’s not
unfair to say, failed miserably. The brand’s Ping service was a failure
and was killed off shortly after release, so all eyes are on this social
integration in Apple Music.

It’s called Connect and artists
will have a personal page where they’ll be able to post track samples,
photos, exclusive videos or tour news plus they’ll be able to promote
other artists. Maybe Bono (he’s got to be involved somehow, right?)
could show off his love of Taylor Swift’s new album, or vice versa.
While this will be big for massive artists, it could be even better for
up and comers. It’ll give them a platform to show off their tunes and
interact with fans.

Unlike Ping though, users won’t have their
own profile pages, instead they’ll be able to comment and post of the
artist pages through from their Apple Music account.

While
Spotify does have dedicated artist pages, they aren’t really built to to
be interactive. You can’t on comment, post or really do anything with
them as there more just a hub for all that artists contents. Only time
will tell Apple’s second stab at social is more widely accepted than its
first.

Instead of each family member having to pay $9.99 for access to Apple Music, the Cupertino company has unveiled a Family Sharing solution. For $14.99 you’ll be able to share your account – everyone still has their own settings and playlists – with six other people. Considering Spotify only gives each additional family member a 50% discount of a regular priced sub, this could end up saving people a lot of money.

Will you be switching to Apple Music? Let us know in the comment box below