Apple announced a new range of MacBook Pro models at its special event on Thursday and there’s no doubting the star of the show – the new Touch Bar that sits in place of the function keys.

Essentially a mini Retina Display, the Touch Bar offers all of the functionality of system controls, while providing TouchID access and transforming Mac apps with a series of contextual controls.

Related: 5 Things you need to know about the new MacBook Pro

Users will be able to tap and slide as they would on an iOS device with available options varying depending on which app they’re using. It’s also multi-touch friendly with 10 touch-points available at a time.

Here’s a guide to the coolest features and the apps that have already committed their support.

The new MacBook Pro’s power button is now located within the Touch Bar, so it makes sense it would also be the home for the first Mac ever to boast a TouchID fingerprint sensor. Now, instead of entering a password, users will be able to log into the Mac with their fingerprint. It’ll also be used to authenticate Apple Pay on the Web payments.

Better still, if there’s more than one user authenticated, tapping the sensor will instantly switch to a different account.

Related: MacBook Pro 2016 – What’s new and should I upgrade? 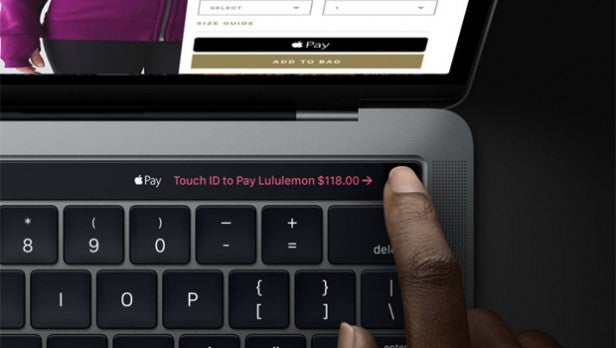 Once you’ve logged into a MacBook Pro via TouchID, the default view will show familiar system controls like brightness, volume, media controls, Launchpad and more. Siri also has a dedicated key. There’s also an Escape button. The old function Keys can still be accessed by holding down the ‘fn’ unction button on the physical keyboard.

When working within Apple’s Messages app, it’ll offer access to some quick replies. There are thumbs up and thumbs down icons for example. Frequently used emoji will also be available.

During the event, Apple also demonstrated how, when using the Mail app, the text will be analysed to suggest recipients from your contacts list. When launching the app, you’ll also be able to tap the touchpad to commence new emails, reply, send others to the trash or move mails different inboxes. There’s also formatting options.

Just like on iOS devices, the new MacBook Pro analyses your typing habits and offers predictive ‘next word’ suggestions within some apps. 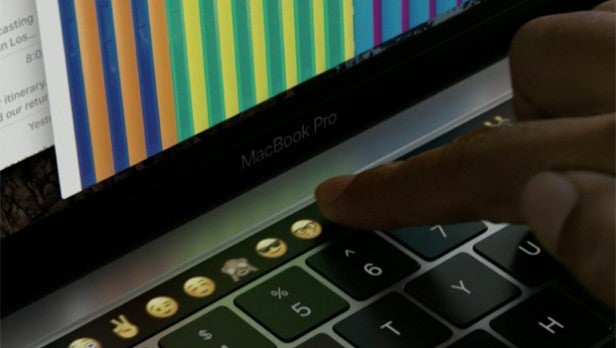 When you open Apple’s default web browser on a new MacBook Pro, you’ll see tappable icons displaying shortcuts to your favourite sites. You’ll also be able to slide to move through open tabs. You can even open new ones.

Editing tools which will now sit within the Touch Bar. You’ll be able to crop, straighten, rotate, auto enhance, adjust lighting, add filters (previewed within Touch Bar) while previewing the before and after. The advantage here is that Touch Bar removes controls from the screen, meaning you can view photos in full screen. Again, it’s easy to swipe through the library and even scrub through videos. 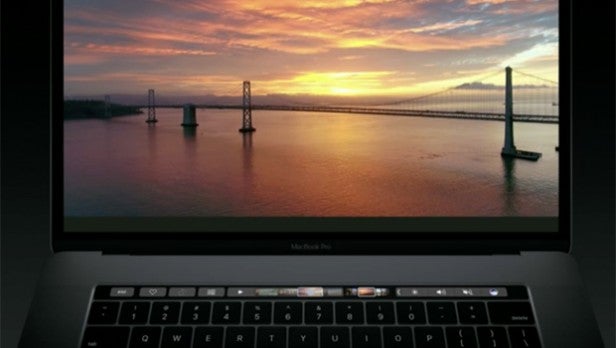 Quick look, share and tag will appear when Finder windows are selected. However you can also customise these options by dragging and dropping items, like a Do Not Disturb button from within the Touch Bar. 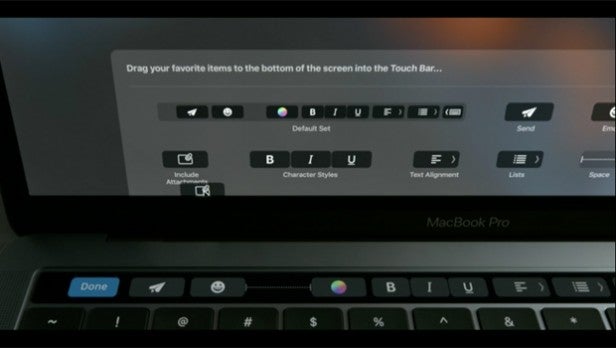 The Touch Bar pervades the entire macOS ecosystem. You’lll be able to search for gas stations along a route in Maps or end a FaceTime call. There’s support for Calendar, iWork, iMovie and Garage Band too. Hell, it even supports Terminal! 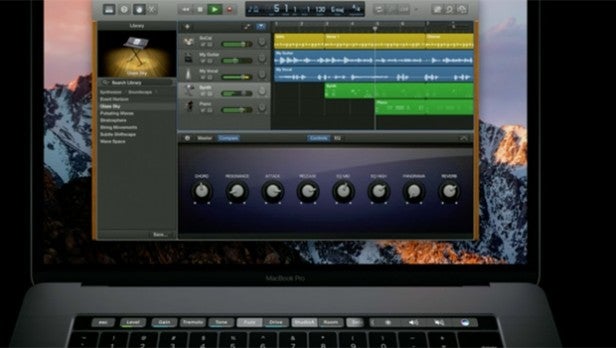 The experience appears to be centred around the ability to work with both the left hand and the right hand at the same time. “It’s kind of like playing a musical instrument,” Adobe said on stage. The TouchBar is customised depending on the task in hand, while it’s always possible to resize aspects of the image with a slider. There’s the option to customise favourite commands such as entering full screen and adding new layers. There’s even a mode of the Touch Bar for brush control.

However, one of the coolest elements is the ability to scroll back through the image history using the Touch Bar and just pick up at a previous stage of the editing process.

Integration coming by the end of the year. 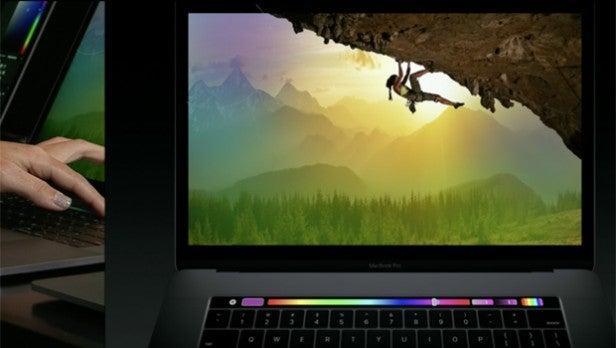 For DJs, the Touch Bar could replace the need for a dedicated controller when performing with the professional DJ’s traditional laptop of choice. DJs will be able to access the waveform to find cue points and to scratch, for example. There’s also one-tap access to sound effects. An update to enable the Touch Bar is coming later this year.

Much like Photoshop, the Touch Bar promises to offer huge productivity gains. You’ll be able to scan through the timeline of a video represented perfectly within the Touch Bar. It’ll also allow you to zoom into a clip and trim as you would on an iOS device. 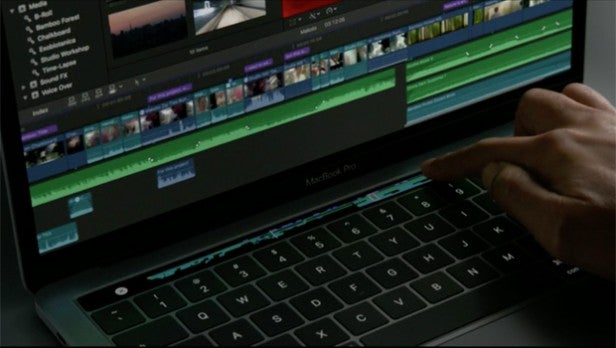 Microsoft is bringing Touch Bar functionality to the entire Office Suite, while the Affinity design software will also support it. Pixelmator, Sketch and Da Vinci Resolve are also among the apps for creatives adopting the Touch Bar.

Is this enough for you to commit to a new MacBook Pro? Share your thoughts on the comments below