Do you go CarPlay or Android Auto? We compare how Apple and Google aims to make your car smarter

Google and Apple can’t agree on anything, it seems.

Both companies think they know the best way to run smartphones, tablets, web browsers, cloud storage, music services… the list of areas in which these two companies clash is endless.

Add in-car infotainment to that list, if the word ‘infotainment’ doesn’t make you heave too much.

Both Apple CarPlay and Android Auto are out there now, with the latest news being that US auto giant GM has agreed to support both in its new Chevrolet fleet. Now that’s what you call hedging your bets.

So which of these in-car operating systems is best? Let’s consider the main points of comparison.

Both systems are set up in the same basic way – by plugging your smartphone into your car with a microUSB or Lightning cable.

Apple recently announced wireless CarPlay support, but it’s that doesn’t mean all existing CarPlay systems will support the wireless standard. Moreover, given using the feature will use a fair amount of power, you’ll probably want to plugged into a charger anyway.

Once you’ve plugged in, both Android Auto and Apple CarPlay systems should detect the phone and switch control to the car interface. In both cases, it’s your phone that does the heavy lifting, essentially powering your car’s display.

SEE ALSO: Driverless Cars – All you need to know 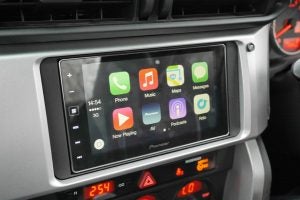 This one would appear to be set for a tie, but there are a few more factors that swing this section the way of Apple.

One is that you can use your iPhone normally while it’s running CarPlay, while Google has opted to block its operation off during Android Auto operation. That could be quite irritating when you’re parked up, or if you’re the passenger.

Another thing in Apple’s favour is compatibility – it works with all Lightning-equipped devices, which means everything from the iPhone 5 onwards. Conversely, Android Auto only works with phones running Android 5.0 and up. That’s just 10 percent of all Android phones at present.

Both systems can be controlled with a touchscreen interface, your in-car system’s physical controls, or with your voice.

Apple CarPlay utilised Siri in much the same way as it does on your phone – for dictating messages, placing hands-free calls, and the like.

Android Auto uses Google Now in much the same way, with the same naturalistic voice inputs as you’ve probably used on your phone (think ‘OK Google’).

Many people actually find Google’s solution to be more nuanced, but it probably makes less of a difference within the car environment when your requirements are going to be more focused. 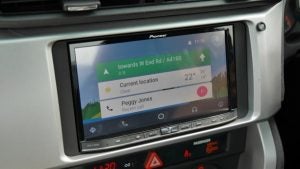 Talking of Google Now, the screen interface of Android Auto essentially places the Google Now screen front and centre, with a familiar colourful card interface. Along the bottom, meanwhile, you get buttons for navigation, music, and a dialler app.

You also get text notifications coming in at the top of the interface, much like on an Android phone – but tapping on it here initiates a vocal read-back. 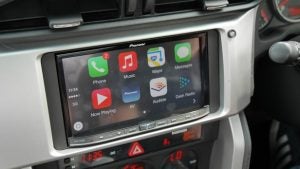 Apple goes with a more conservative icon-based homescreen, rather like its iOS devices, though it grants you access to the same basic functions as Android Auto.

Indeed, Apple CarPlay is far less visually flashy in general, and Android Auto does feel a little more polished as a result.

One of the key areas of use for both of these systems is navigation. Both support turn-by-turn guidance to your destination, just like a normal sat nav system.

However, Google has an immediate advantage in how it does this, because Android Auto runs Google Maps while Apple CarPlay runs Apple Maps 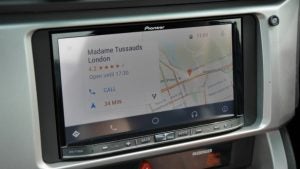 It’s kind of obvious this one, but it’s worth stating. Why? Because everyone knows that Google Maps is better than Apple Maps – even Apple.

Okay, so that Tim Cook admission was three years ago, and we should probably lay off Apple for its Apple Maps launch debacle now. The truth is that Apple Maps has improved a lot since then, but so has Google Maps.

However, both also allow for third-party music apps to be used. We like the Android Auto system better in general, as it lets you set which service pops up with a press of the music button.

CarPlay, by contrast, requires that you find the dedicated app icon and hit that, potentially requiring some scrolling.

That’s great, though it’s worth remembering CarPlay has been around for over a year now, whereas Android Auto is younger.

SEE ALSO: Six ways your car will change in 2015 and beyond 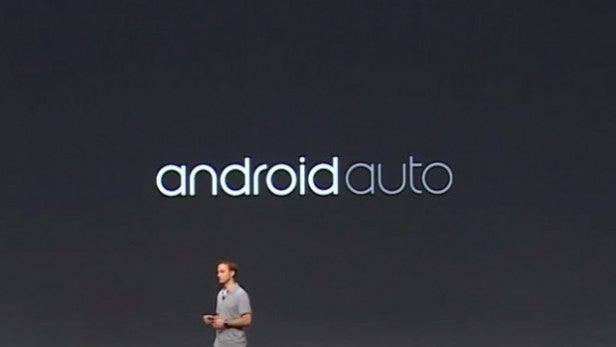 Apple CarPlay initially unveiled as iOS in the Car at WWDC 2013, then launched as CarPlay at Geneva Motor Show in 2014

Meanwhile Android Auto was announced at Google I/O in June 2014.

Understandably, then, Apple is further along with CarPlay in terms of both present availability and future support. It has 34 manufacturers committing to the platform to Android Auto’s 28.

There have been after market CarPlay solutions from Pioneer and Alpine for some time now, whereas Pioneer only launched its first Android Auto systems in March of this year.

Both systems are in their early stages, having only recently hit final form.

We’ll need to spend more time with both, but our initial observation is that Android Auto offers the slightly more attractive, pleasant interface.

Apple CarPlay, meanwhile, is more about strict functionality, with a heavy focus on voice control. That could prove to be more useful in the car environment, where you don’t want to be looking down at a screen very much.

It’s also further along towards wide adoption, and it’s supported on more phones and has more phones.

Both offer a similar basic experience, though, so neither stands apart from the other.

Do you like ths sound of Apple CarPlay or Android Auto? Let us know in the comments section below