Everything you need to know about Animal Crossing amiibo cards

If you’ve started playing Animal Crossing: Happy Home Designer, you might be intrigued about the game’s new amiibo cards.

Rather than having an actual figurine, Nintendo has equipped what looks like a revamped Pokemon card into a NFC equipped Animal Crossing character. Meaning they work exactly the same way as the amiibo figures, without the bulk.

We’ve put together a handy guide as to how to use amiibo cards with Animal Crossing: Happy Home Designer, how much they cost, how to collect them all and what they actually do in the game. 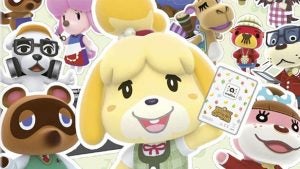 Animal Crossing amiibo Cards Compatibility – How do I use them?

Animal Crossing: Happy Home Designer is a 3DS exclusive game and the amiibo cards only work natively with the New 3DS and New 3DS XL, which have NFC compatibility built-in.

However, if you want to use them with the older 3DS, 3DS XL and 2DS, Nintendo has come up with a handy solution in the NFC Reader/Writer accessory.

This little white platform makes your older 3DS kit compatible with amiibo cards and amiibo figures. It connects wirelessly to your older handheld devices and it only costs £16.85 via Amazon. 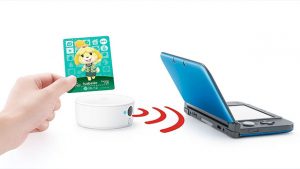 Animal Crossing amiibo Cards – What do they do?

To start using the amiibo cards, you only need to design a couple of houses in Happy Home Designer. Once you’ve done two, you’ll be prompted to tap in an amiibo card if you’ve got any, and that character will then be transported into your client’s home.

As the game progresses, amiibo cards will give you more gameplay options than just getting a party started.

The Nook’s Homes office will get an amiibo phone, which lets you get new clients by tapping in an amiibo card. If you bag a shiny card (every pack includes one), that’s for a character that you can only get via amiibo cards.

Non-shiny card character you might find wandering around the Happy Home Designer world, but those shiny ones are card exclusives.

There’s also a cool feature if you have friends playing with amiibo cards, you can share their furniture. Visit a client on a friend’s game by tapping your amiibo card on their screen. Do it twice, and your character will remember all of their furniture.
All you then need to do is use the amiibo phone in your own game to update that character’s record and all that remembered furniture when then become available to use.

It’s a great way to get new items for your game and encourages socialising with your amiibo cards.

Animal Crossing amiibo Cards Price – How much do they cost?

You’ll also want to do that with your cards in general. Packs of Animal Crossing amiibo cards cost around £5, with each pack containing three random characters.

There is always one shiny card in each pack, but you’ll never know which characters you’re going to get.

In series one, there are 100 characters to collect, so finding them all could become very costly unless you’ve got someone to trade with. 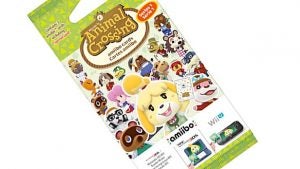 Animal Crossing amiibo Cards Series 2 – When are they coming out?

There are actually three more amiibo card series in the works, but for now we’re focused on series two.

All we know is that it’ll launch in Japan on October 29, but a worldwide release date has yet to be announced.

For the full Animal Crossing amiibo card catalogue, head to the Nintendo website.

Amiibo cards are region free just like the amiibos themselves, because they use the same technology as Nintendo’s toy-to-life range.

That means you can pick up amiibo cards whatever country you find them in, and they’ll always work with your New 3DS device or your NFC reader.