Android Lollipop 5.0: Find out when your Samsung, Sony, HTC and LG smartphones are getting it

Android 5.0 Lollipop, Google’s latest operating system update has been rolling out for a few months now. First up was the Nexus devices with the Nexus 7 and the Nexus 5 joining the new HTC-built Nexus 9 tablet and Motorola’s Nexus 6 in getting a first lick of Lollipop.

We’ve also seen the 2015 flagships launching with the software, so pick up an HTC One M9, Samsung Galaxy S6 or S6 Edge and LG G Flex 2 and you’ll be right up and running with Lollipop out of the box.

In one of its biggest revamps, the new OTA (Over The Air) Android update brings a sparkly new design language called Material to a wider range of devices than ever – including, as we’ve already seen, to smartwatches and set-top boxes.

But, even though it’s been nearly 6 months since the updates starting hitting Nexus devices, it’s still not available for every Android device out there.

So, when will your phone, tablet or smartwatch get it? Here’s the very latest.

By far the biggest Android manufacturer in the business, Samsung has nonetheless been a little tardy when it’s come to bringing the latest version of Android to its smartphones in the past – thanks largely to working around its heavily customised TouchWiz UI.

If you pick up either of Samsung’s new flagships, you’ll boot right into Lollipop, with a much more toned down TouchWhiz skin and a flurry of Material Design focused changes.

Samsung recently brought the Android 5.0 Lollipop update to the Samsung Galaxy S5 – starting first with those on the Verizon network in the US and rolling out more widely to other networks and carriers. We’ve had Lollipop running on our Galaxy S5 for a while now and it should be available for most of you to download right now.

For Note users. Samsung revealed late last year that the update could stretch back to the Note 2, while Note 3 users should be buoyed by the fact that last year’s phablet was spotted running Android 5.0 Lollipop. It looks like you will get all the Lollipop goodies including the new Material design and enhanced lock screen and it’s even expected to get the improved Multi-Window multitasking feature introduced on the Galaxy Note 4.

Speaking of the Galaxy Note 4 (and its slightly curvier brother the Note 4 Edge), we’ve heard the Lollipop update been working its way on to devices in Australia so hopefully there shouldn’t be too much longer of a wait. 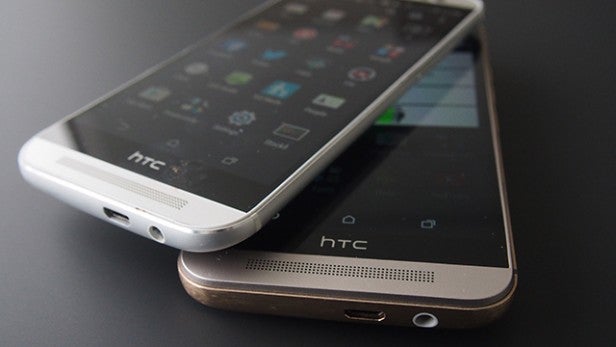 If
Samsung is the people’s champion, then HTC is arguably the critic’s
choice – though Motorola and Sony are both working hard on changing that
– with its flagship Android handsets.

True to HTC’s word, the
company has started rolling out the Android 5.0 Lollipop update to its
handsets within 90 days of Google releasing the code. It started hitting
European and unlocked HTC One M8 handsets towards the end of January.

Not all versions of the HTC One M8 have received the update, however, and the HTC One M7 only started receiving the update in early February in the US.

This
means that HTC’s 90 day goal hasn’t entirely been met, but that seems
to be down to Google releasing Lollipop in a slightly buggy state.

Elsewhere, it’s claimed that the HTC One E8 and HTC Desire EYE could get Lollipop in March. 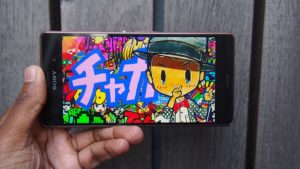 Sony’s been churning out some genuinely excellent Android smartphones in recent times, and it’s showing the same admirable commitment to customer satisfaction with its Android 5.0 update plans. The company has revealed that it will be updating the entire Xperia Z line to the new Android OS.

That incorporates a lot of handsets, including the original Sony Xperia Z, its successor the Xperia Z1, the Xperia Z2 and the Xperia Z3, and all the Zs in between. If your Sony phone has a Z in its name, it’s getting Lollipop.

Reports from down under (Vodafone Australia, to be precise) suggested that both the Sony Xperia Z3 and the Sony Xperia Z2 would receive Android 5.0 updates some time in March, but it seems like some of the Nordic and Baltic islands have been the first to get some sweet Lollipop action on their devices. For UK users, however, it’s still missing in action.

This just about fits in with the company’s prediction that it would start updating them at the “beginning of 2015,” and we’d expect to see the initial rollout, probably to the Z3 and Z3 Compact, comes fairly soon. 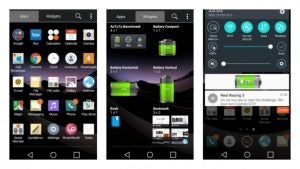 LG was commendably quick with its first round of LG G3 updates, reflecting the company’s good relationship with Google. Poland got it right at the beginning of November last year, while UK users started getting it in late December. North America followed in February.

The Korean company has now also rolled out the update for the LG G2, the first of its flagship phones to move the buttons to the back. We fully expect the latest round of updates to look a alot like the this screenshot from the G Flex 2. It’s also highly likely the LG G4 will come rocking with Lollipop out of the box. 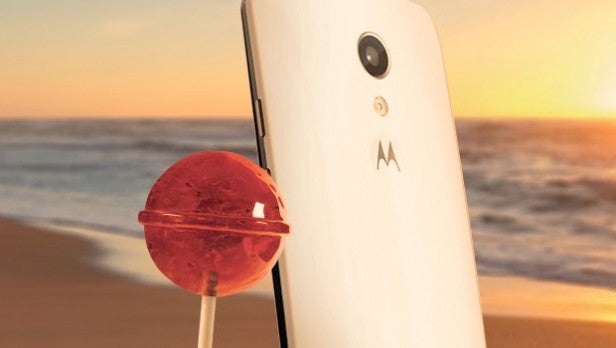 It’s been a remarkable turn-around from Motorola in recent years, going from forgotten feature-phone champion to Google-owned (and now Lenovo owned) producer of boldly innovative smartphones, and on to its current status as the maker of two of the great Android phones in the business – the Moto X 2014 and the Nexus 6.

Part of Motorola’s current appeal is that it offers a near-stock Android experience, which also means that it can get updates up and running sooner than others. Sure enough, via its official blog, the Moto G and the Moto X were the first phones to get Lollipop.

Towards the end of January, Motorola announced that the first and second generation Moto G has received the Android 5.0 update in Brazil and India. The company also explained the wider delay by outlining the process of getting Google’s final code into working order with every handsets and network. It’s not as easy as it might look, even with a near-stock version like Motorola’s.

The latest addition to Motorola’s line-up was the Moto E, a device that cost less than £150 but still packed 4G, a decent display and quad-core processor. It also came with Lollipop out of the box – result! 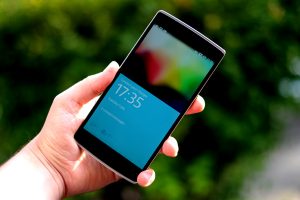 There’s only one phone from the new OnePlus label at present, but the OnePlus One has created quite an impact. It runs on a heavily modified version of Android 4.4, and OnePlus has just announced availability of its brand-new Oxygen OS which looks and feels just like stock Android. If you want to download it, you can find on the installation details over on the OnePlus forum. 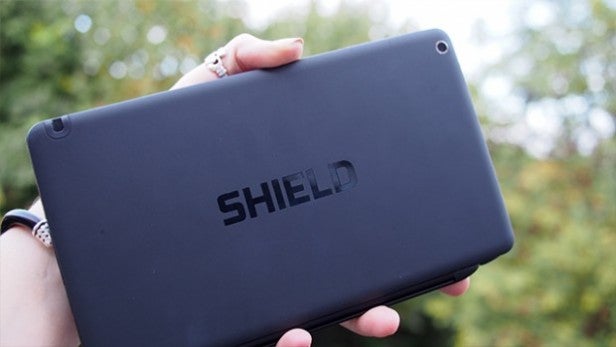 What about Android tablets?

The Nexus 7 unsurprisingly was one of the first Android tablets to receive the Android 5.0 Lollipop update. It’s been pushed to the 2012 and 2013 models already. 5.1 is rolling out right now, so you should see a notification about downloading that soon.

Unfortunately, much like the rollout to the Nexus 4 and Nexus 5 phones, many users have reported bugs that have some have said make the tablet unusable. Along with a sluggish performance, there’s also been complaints about apps being built with Adobe Air being deleted. Android 5.1 seemed to fix the majority of niggles we has with out devices, but that’s still rolling out.

If you’ve picked up the brilliant gaming-centric Nvidia Shield tablet then you will be happy to hear that it was the first non-Nexus tablet to receive the new Android update. That means it beat Samsung, LG and Sony in getting its tablet optimised with the very latest Google’s operating system has to offer.

Naturally, the first devices to get Android Lollipop is those Google-approved Nexus phones and it’s already made the jump enabling Nexus 4 and Nexus 5 owners to enjoy the redesigned notification setup and improved battery life, something that did let down LG’s otherwise impressive handset. It’s not been without its issues however. Early adopters have experienced issues with malfunctioning camera and flashlight apps.

Additionally, some users have reported issuers with sending text messages, with the likes of Vodafone Netherlands and Mobistar Begium customers complaining of the bug.

Android Lollipop 5.1 starting rolling out in March and seems to be hitting plenty of Nexus devices currently. It seemed to sort out a number of issues we were experiencing on our Nexus 5. 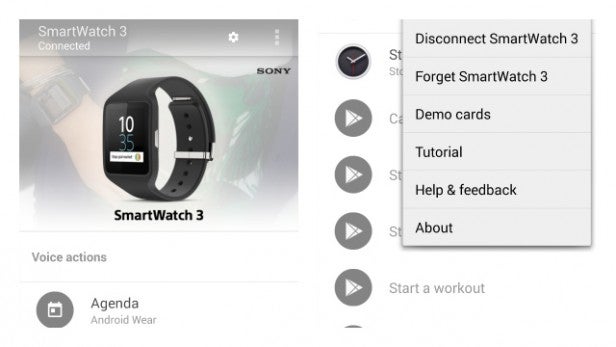 If you bought an Android Wear smartwatch like the Moto 360, the LG G Watch R or the Sony SmartWatch 3 and you are still using it, then there’s a reason to be cheerful. Android 5.0 Lollipop has already rolled out for Android Wear watches.

The most notable change here is the you now have the ability to add custom watch faces from the Google Play store. G Watch R aside, the pre-installed watch faces have been pretty underwhelming, so this is definitely a welcome addition.

Google is also sprucing up the Android Wear app to improve how to discovering useful Android Wear apps as well as making it easier to get those custom watch faces onto your smartwatch. It also gets the Material design treatment adding a whiter user interface and bigger icons.

All six of the Android Wear watches have received the Android 5.0 Lollipop treatment. To update, you’ll need the watch to be connected to your smartphone. Venture into the Google Voice search menu and scroll down to Settings.  Select About, then System Updates to see if you are ready to receive the latest update.