The new Amazon Echo Show is dividing opinion over its design. But hey, we’ve seen far, far worse styling faux-pas in the not-too-distant past. Simon Osborne-Walker facepalms his way through tech’s top travesties.

How are you feeling about the Echo Show? A lot of the reactions we’ve heard are that Amazon’s new touchscreen-bestowed personal assistant sounds cool but you’d rather look at the hind end of a particularly grotesque camel.

Sure, it looks a little like a concept for a video-phone from the ’90s – and not even one of the swankier ones, either – but it could be far uglier.

Trust us, we’ve seen ugly. Those of us who used early-adopter tech through the early noughties probably have some mild PTSD.

So don’t let the Echo Show’s looks put you off. Take a peek at this lot to reassure yourself that it could be an awful lot less pretty. 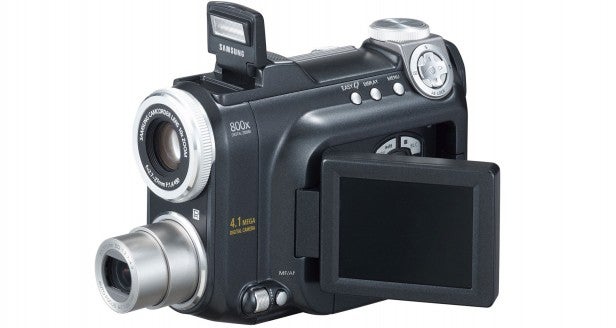 We take convergence for granted these days – it’s a near-invisible force in the tech world. Phones now do pretty much everything, but they rarely shout, “I’M MULTIFUCTIONAL DON’TCHA KNOW?!” Not like this camcorder and camera mashed into a single hideous hardware mutant.

Believe it or not, Samsung once thought this was such a good idea that it spawned more than one generation of DuoCams through the mid-noughties. Yes, there was an actual DuoCam dynasty. The photo-tech equivalent of the inbred family from The Hills Have Eyes. 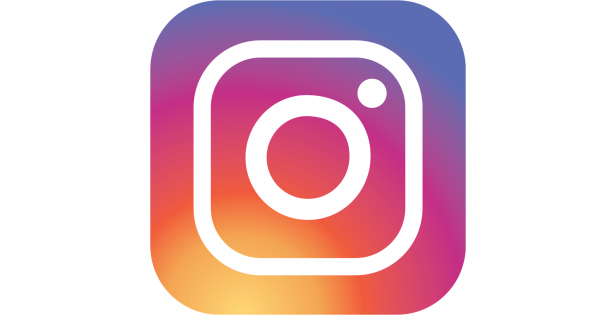 OK, who let the branding people loose with MS Paint and a copy of Gardeners’ World? There was nothing really wrong with the previous Instagram logo, and yet for some reason we now have to live with pressing a camera icon that looks like its suffered a Merlot-based vomit every time we want to post pictures of cats, food, cats eating food, food that could be made from cats, and all of that other social photo malarkey. 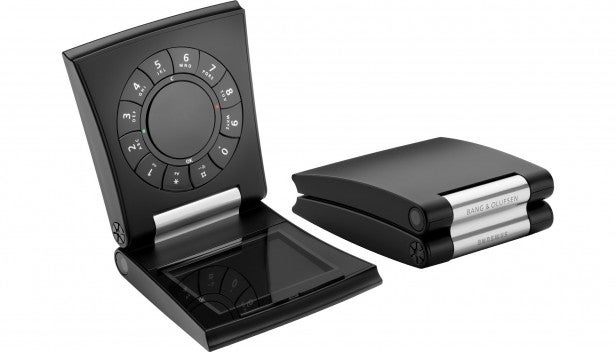 In a time before all phones looked like iPhones, people were still trying to innovate with forms. And well done to Bang & Olufsen who, in partnership with Samsung, made probably the worst phone form factor of all time.

Some of you at this point might well point to the ‘lipstick’ Nokia 7280 as an even stupider example, but at least that kind of looked a bit swish in spite of its utter impracticality. The Serene just looked like the bastard child of a rotary telephone and some kind of crappy retro contacts book.

It was also ridiculously expensive. No redeeming features whatsoever. Fail. 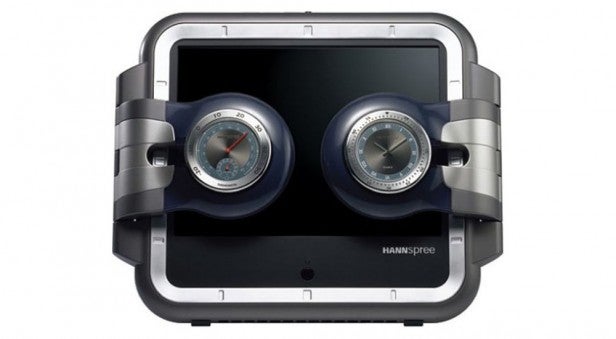 “Yeah, so we’re gonna make this little TV with a watch theme. And the irony is that you’ll never want to watch it because the screen’s only 12 inches across, and anyway you’ll have sat down without remembering to swing the ridiculous arms out of the way of the picture. No, they’re not motorised. Yeah, one’s got a clock on it that doesn’t even have an alarm, and the other has a thermometer and, er, a hygrometer. Nope, no idea. Cool, huh?”

And no one bought it. Quelle surprise. However, at least those of us who remembered it got a chuckle out of seeing the Time Square revived in organic form as Maz Kanata in The Force Awakens. 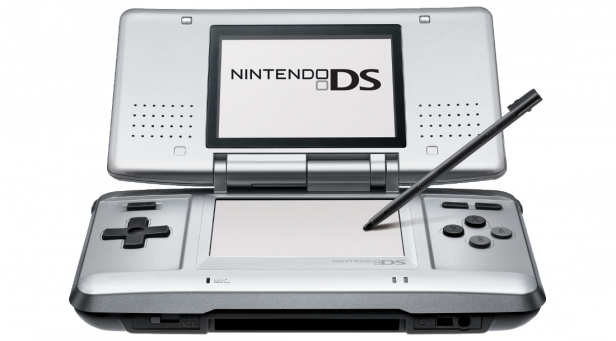 The DS was such a success story for Ninty that no one mentions now just what an ugly, plasticky dog of a design it was at first. Yay for touchscreen play, and yay for dual-screen innovation. Nay for that chunky matte-silver jacket that looked like it’d been ripped from the interior of a Fiesta. A top-end Fiesta, obviously.

Thankfully the svelte, glossy DS Lite soon arrived and no one really remembered the original. 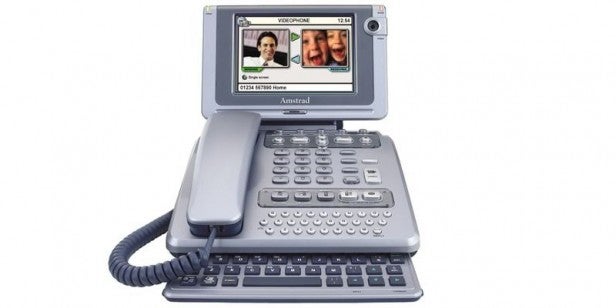 Imagine a future where Alan Sugar’s craggy face appears on a tiny screen sticking out of the most bog-standard office phone you’ve ever seen. He’s videocalling the world to remind us all that we’ll be able to videocall each other on an even more awesome E-m@iler soon. Apple hasn’t even bothered developing FaceTime because how can it possibly compete with the mighty Amstrad comms juggernaut?

In another dimension, of course, that future actually came to pass – and the world spontaneously combusted in utter disgust. Still, at least Lord Sugar didn’t get to make a single series of The Apprentice.

Fancy a phone that doubles as a games console? Oh my God, that’s the dream right there. But hang on, it’s got a portrait screen? For gaming… And it looks like an elephant’s ear plastered over with some vinyl stickers of the kind you might still find on the odd Vauxhall Nova.

Unsurprisingly, it was panned. There were some half-decent games for it, though, and the smaller N-Gage QD was actually kinda good. But the damage was already done.

Apple doesn’t make too many design missteps, and in many ways you could argue the puck mouse is quite pretty. Yeah, pretty bloody unusable. To call this an ergonomic nightmare is like saying Brexit might have been a teensy bit divisive, or Covonia isn’t the tastiest.

Don’t believe us? Take a look at how many other round mice you can find. Get in the sea, puck mice. 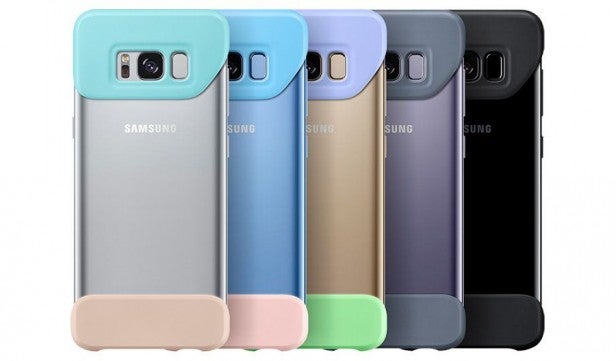 This is easily the most recent product on this list, and it came as a real shock to us. After all, the Galaxy S8 is the most beautiful phone we’ve ever seen. Our Mobiles Editor, Max Parker, even went so far as to say in his review that “just when I thought a phone couldn’t surprise and delight me any more, the Samsung Galaxy S8 has proved me wrong.”

So who the hell at Samsung thought it was a good idea to destroy all that great design work by popping out a load of eye-offending rubber bumpers in some of the worst colour combos we’ve ever seen? There are nicer case designs down t’market, with ‘Sumsang’ emblazoned across their snide backs.

Do your beautiful new S8 a favour and forget these ever happened. 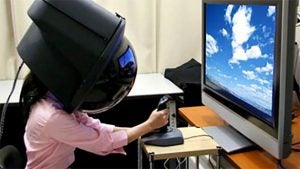 Before the Oculus Rift showed us what a good VR headset looked like, there was this. The downside of getting a 360-degree panoramic view of your circa-2006 gaming was that you had to look like Marvin the paranoid android. And the 3kg weight meant you needed the neck muscles of an F1 driver if you didn’t want to fall forwards and smash the crap out of your top-of-the-line flight joystick, like the unfortunate lady in the photo above was inevitably about to do.

What’s the ugliest tech product you’ve ever seen? Sound off in the comments below.