From talking speakers to spaceships, Amazon has certainly been mixing things up of late

The days of Amazon just being about shopping, Kindles and ebooks are long gone. CEO Jeff Bezos has a track record of trying new things and that behaviour looks unlikely to change.

Some of those leftfield ideas have been successful and others have been a bit of disaster. We’ve picked five Amazon announcements that tooks us all by surprise and how they are currently working out for the tech giant.

SEE ALSO: What is Amazon Dash? 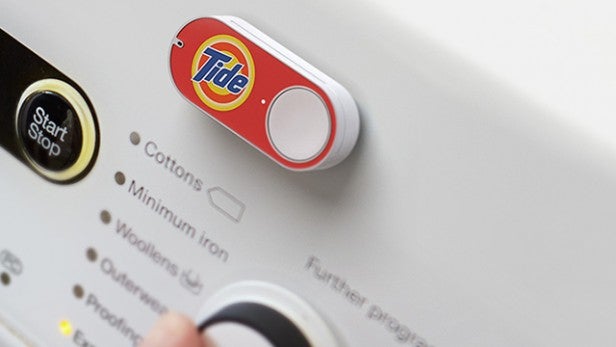 Landing just hours before April Fools’ Day (or the unfunniest day of the year) you’d forgive us for thinking this was just an elaborate scam.

Why? Because these personalised plastic buttons that you stick around your home and have a direct-line to Amazon built right in, sounded so far-fetched. So, if you’re a frequent user of Gillette shavers or Huggies nappies you can stick a Dash Button on your bathroom cabinet and whenever you’re running low, just click it and within a few days your delivery will arrive.

Now, these buttons aren’t customisable. The Gillette version will only order that brand’s items, so you can’t change it to Wilkinson Sword if that’s more your bag.

The Buttons plug into Amazon’s wider Dash service, something currently only available for our American cousins, which aims to make topping up on essentials for your home even easier. The Button takes that one step further.

Amazon definitely took us by surprise with this one and actually can’t wait to see how the Dash actually works. 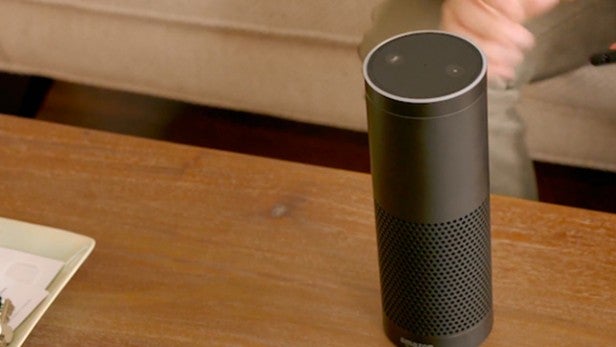 It’s been out for over 6-months now, not on full release though but to ‘select’ buyers, but we’re still not completely sure why Echo exists, The cylindrical device is part Bluetooth speaker, part Siri-like virtual assistant and part smart-home hub, but it doesn’t seem to do anything that well.

It ties into your Amazon Prime account, obviously, streams tunes from iHeartRadio, TuneIn, Pandora and the retail giants own service, but lacks any support for music platforms like Spotify or Rdio.

You can have a chat with it too. Asking ‘what’s the weather like today’ will be met with a response, but once you know whether it’s going to rain or not, there’s not much else it can do. Apart from tell a couple of jokes.

The most interesting capability of the device though could be its smart home integration. Only just announced, the Echo will be able to tap into ‘Internet of Things’ gadgets like Philips’ Hue bulbs and Belkin’s WeMo range of plugs. In theory, you should be able to ask it to you turn all the lights off and it’ll respond. 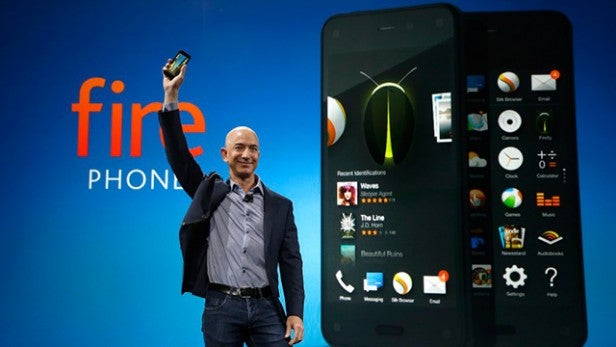 Now, the the fact that Amazon launched a phone didn’t surprise us. The rumours about that had been swirling for years. It was just how awful the finished product was that truly shocked us the most.

The Fire Phone boasted distinctively mid-range specs, an outdated screen, the completely restrictive Fire OS (basically Android, without all the bits we love about Google’s OS) and gimmicky 3D features, which required far to much time to learn.

Actually, to be completely fair, we didn’t mind the camera as it managed some decent low-light shots and the design wasn’t all that terrible. But aside from that, it was one of the worst phones of 2014.

It didn’t sell well either and Amazon even held a ‘fire’ (pun most definitely intended) sale to try to get rid of some of its stock. You can pick one now for £299, but we wouldn’t recommend it. 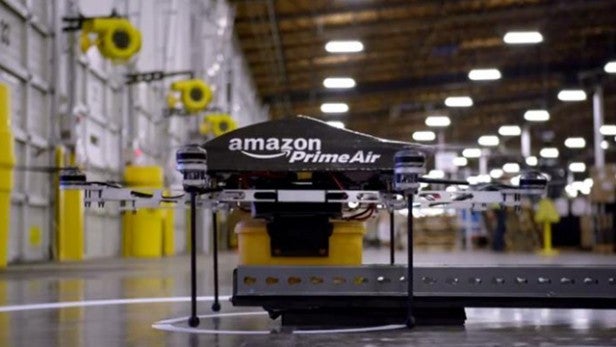 Amazon’s next-day delivery is awesome, its evening version is even better – if slightly pricey – but getting your order in less than 30-minutes just sounds too good to be true.

Prime Air is looking to do just that. Get your goods to you within half an hour. But it won’t be using vans, bikes, car and even a delivery chap running through the city streets, instead it’ll utilise drones. Hence the Prime Air label.

While it might sound more Science Fiction than an option we’ll actually see pop up on Amazon, the company is currently testing the technology and has just received approval from the Federal Aviation Administration to begin real life delivery trials. That’s a big step, as without the approval, the idea would never get off the ground.

SEE ALSO: Drones in the UK: Where will they fly to next? 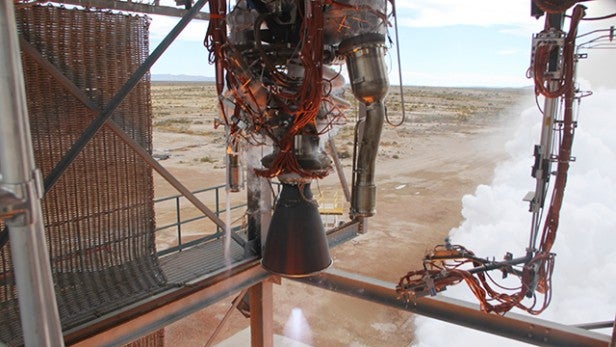 The Prime Air drones aren’t the only way Amazon and Jeff Bezos are looking to expand upwards. Though, this latest experiment does make drones look rather old-fashioned.

Bezos, the billionaire founder of Amazon and renowned space fan, has another firm called Blue Origin, which has just finished testing a brand-new rocket engine that’ll power a spaceship.

It’ll be a liquid-oxygen fuelled craft and is set to take-off for the first time later this year. Don’t expect to get a free seat on that by signing up to Prime though, there will apparently be dozens of test flights before commercial flights begin in 10 years. So plenty of time to get saving.