Amazon has announced that you can now integrate songs, podcasts and the radio into your Alexa routines, meaning that you can not only control your smart home with your voice, but that you can also do it with a musical accompaniment.

I imagine most people will end up using the functionality to have the radio turn on as part of their morning routine, or have their favourite playlist greet them upon their return home.

These routines seem fine, and on balance would be a pretty good use for a piece of technology that’s no doubt cost Amazon millions of dollars in R&D.

But I think I can do better.

Here are the five songs you should integrate into your Alexa routines right now. No excuses. Just do it.

Related: How to make Alexa Routines

At one point it was impossible to politely remark upon a rise in the ambient temperature of a room without someone immediately yelling, “SO TAKE OFF ALL YOUR CLOTHES” at you.

That dark period is now thankfully now behind us, but if you’ve got a hankering to relive the glory days of Nelly’s ‘Hot in Herre’ then you can do so using an Amazon Echo and a Nest thermostat.

Sure, it’ll mean having to listen to almost 4 minutes of the 90s R&B classic every time you want to be able to feel your feet again, but what else is the modern smart home for? 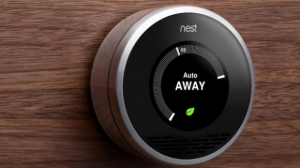 Play ‘The boys are back in town’ whenever you return home

A very wise man once gave me a piece of advice that’s stuck with me ever since. “Jon,” he said, “It’s up to you to be the boys you wish to see back in town.”

That same man would later subject me to three hours of ‘The Boys are Back in Town’ played on repeat, which only slightly undermined his point.

Regardless, with this routine you too can be the boys you wish to see back in town, by having ‘The Boys are Back in Town’ by Thin Lizzy play whenever you arrive home. Maybe pair it with having your lights and heating turn on, whatever makes you most feel like you’re back in town.

Motivate your Roomba with Mary Poppins

Roombas are robots, which means they don’t respond to encouragement in the same way as humans. So long as you keep yours fed with a steady stream of electricity, it should be more than capable of vacuuming your home.

That said, I’d be lying if I told you I don’t occasionally whisper words of encouragement to ‘Nigel’ (my iRobot Roomba 980) as he struggles to navigate the chairs around my dining room table.

If you’d like to automate this encouragement, then we’d suggest pairing ‘A Spoonful of Sugar’ from the Mary Poppins soundtrack with your command to send the Roomba on a cleaning run. Just try to stop your brain from replacing the words of the song with the Simpsons parody. 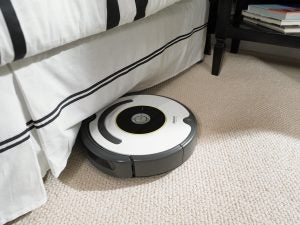 Set the mood with some Marvin Gaye

When I first got an Amazon Echo I drove my partner at the time insane by constantly ruining romantic moments with shouts of, “Alexa! Play Marvin Gaye!” (seriously try it, it’s great fun).

Don’t blame us if this ends up ruining your relationship, but if you’re willing to take the risk we’d suggest having a Philips Hue light turn red, and ‘Let’s Get it On’ when you utter the magic words.

Either your partner will admire your confidence, or they’ll send you packing. Either way, aren’t you happy you tried?

When I started this list I thought finding five songs to pair with Alexa Routines would be easy, but it turns out that once you’ve worked your way through the obvious heating and cleaning jokes, there’s not a huge deal more obvious humour to mine from this particular seam of comedy. (Go on, prove me wrong).

I tried forever to try and think of a routine to pair ‘Bananaphone’ with, but without Amazon having certified any Alexa-compatible bananas it was going to be a stretch.

Then I thought I could pair a dubstep remix of the Wii Shop music with a smart power outlet to turn on your Wii, but it turns out all of the Wii Shop remixes available on Spotify are terrible, and who wants to play on a Wii these days anyhow?

In a fit of desperation I typed ‘coffee’ into Spotify’s search bar and discovered the answer to my prayers. ‘Coffee and TV’ is apparently a song by Blur, and from what I can tell it sounds pretty much like every other Blur song out there.

Which songs do you plan on integrating into your Alexa routines? Let us know @TrustedReviews.