In a week where we celebrate the best of the British technology industry, we speak to young developer Alex Kontos about building a successful web browser, a search engine that gives money to charity, Microsoft Edge and more

When Alex Kontos was 16, he was trying to do things like overclock his laptop. Around the same time he decided to develop Waterfox, a 64-bit web browser which was built in a month and has already surpassed four million downloads.

Now still in his early twenties and splitting his time between studying and developing, Kontos is setting his sights on Google with his latest venture called Storm. It’s a search engine powered by Yahoo that makes your privacy a priority and even donates a cut of your online purchases to charity.

So how did it all start for Alex? You have to go back to the early days of Windows 7 and a time when 64-bit programs were still in their infancy. “I found that a lot of software wasn’t really taking advantage of the hardware,” Kontos tells me. “Windows 7 had just been out for a year or two and that really pushed forward 64-bit operating systems. A lot of programs were still 32-bit and not many cared about supporting 64-bit.”

Taking full advantage of Mozilla’s open-source code to create internet software, Waterfox was born, a high-performance browser aimed at 64-bit computers. “It was really easy. First I just compiled a 64-bit version and that was it. Once I realised that loads of people started using it, I decided I could get more performance out of it, make some modifications here and there. When Waterfox came out, it generated buzz because I was the only one bothering to distribute a 64-bit browser.”

It took a year before Kontos paid attention to the download statistics and realised that there was more than a hundred thousand people who had downloaded the Waterfox browser he’d created in such a short space of time. “It was pretty stressful, as I was really young. I didn’t quite understand how to handle that kind of thing.”

SEE ALSO: Which web browser is the best? 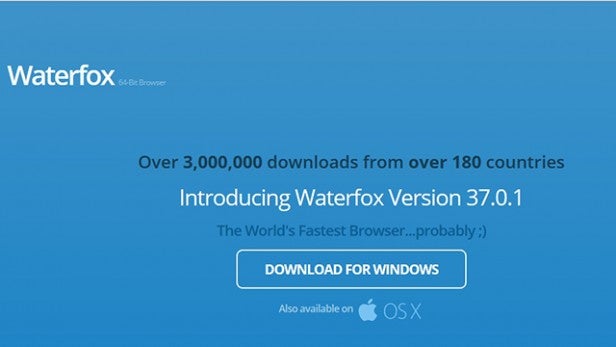 While delivering a web browser that took full advantage of new hardware was key to Waterfox, Kontos also acknowledged that privacy was something that could not be overlooked, “I’ve taken away anything that
Mozilla takes that might make you feel uncomfortable handing over.
Things like system specifications if the browser crashes. I’ve disabled
any telemetry data to give people peace of mind. I’ve taken away the
sponsored titles. I didn’t want people to think this was another browser
trying to make money. I really wanted to improve the web in a positive
way.”

The Waterfox browser helps give you that absolute web privacy, but Kontos doesn’t believe sharing data is all bad. “It’s difficult for a company like Mozilla, for instance. In terms of absolute privacy, while
it’s nice, it takes away a lot of convenience. If you have absolute
privacy, you can’t use maps. It might sound a bit negative, but adverts
help the web. Would you rather have an advert that suggests something
completely unrelated or something that’s tailored to you? Some people
don’t agree. It’s a tough point.”

And what about the competition? With more browsing options than ever, Kontos believes the current crop is doing a good job, but it’s not perfect. “I suppose what they’ve done right is finally release their own 64-bit browsers. What’s iffy is that they’ve taken so long. From a company standpoint, it might not be worth it if what you’ve got now is good enough. In Mozilla’s case they said, ‘Here’s the code, go crazy.’

“With Google Chrome, they’re trying to push their own standards and companies like Mozilla are not happy about that. On the surface it looks great. A bit like Android, you think it’s open source and then half the APIs are not open source. It’s like a false sense of openness. At first you’re amazed by the product, but then after a while, you realise. Something feels off, when they control so much. The motto is ‘do no evil’. Some things can get too big for small teams to look after. Things slip through. It’s hard.” 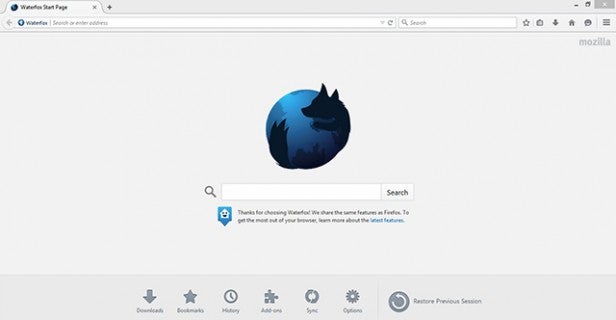 Microsoft’s Internet Explorer browser was one of the first 64-bit browsers when Alex was beginning to look at Waterfox. Having had an initial look at the early versions of the upcoming Microsoft Edge browser, which will be introduced with Windows 10 in July, he’s not overly impressed. “Edge is interesting because I remember another browser previously offering the big web annotation feature they’re pushing, where you can leave notes for friends. It didn’t really work out.

“I thought Microsoft would take hold of the HTML5 standard and really become the first truly HTML5 compliant browser. When people benchmarked Edge, it only supported maybe 300 of the 500 features available. Chrome has around 500, and Firefox is nearing that as well. Maybe Microsoft’s got some tricks hidden up their sleeves, I don’t know.”

With Waterfox still racking up downloads and the Storm search engine newly launched, Kontos has certainly achieved a lot in short space of time. So short that Alex admits it’s made him mature earlier than he anticipated. But he has some advice for other young aspiring entrepreneurs who are thinking of following in his footsteps: “If you’ve got an idea and you’re pursing it, don’t expect immediate success. Time will decide whether the idea works. If you can fix it, find the flaws as they land, you don’t have anything to worry about. You need perseverance. If you have something good, people will find out about it. People can sense when the blood and sweat has gone into something.”