Apple fans around the world are starting to get excited, nervous eyes surveying bank balances and fingers totting up the months to go until mobile contracts runs out – because the iPhone 5 is set to launch on September 12. It’ll be a momentous day in the tech world, as the geekier side of life spills out to saturate the mainstream media and fill the mouths of everyone in the office.

But it may be a sad day too. It may be the day Apple finally kills the iPod Classic.

Rumours of the decade-old hard disk drive iPod’s demise have done the rounds for some time now, as units shifted continued to diminish. In Apple’s last earnings call, iPod sales were down 10 per cent, and the Classic only accounts for a fraction of total iPod sales as-is. These days, an iPod usually means an iPod touch. 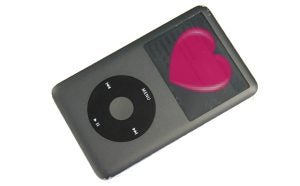 My iPod Classic – battered and bruised, but loved

But this isn’t the main reason why Apple might kill the Classic next month. The iPhone 5 will introduce a new connector, one much smaller than the current 30-pin model.

To keep its products Apple-simple, it’s likely that the entire iPod range will be given a spring clean to support this new microUSB-sized standard. And it is the perfect opportunity for Apple to nudge the doddery old Classic into a grave that has probably been dug for some time now.

iPod sales are on the downward slope (via Wikipedia)

Don’t Do it, Apple
I’m here to plead Apple not to. The main reason is fairly obvious – no other Apple player offers the storage to let you carry around a whacking great big music library. And the closest it gets is the 64GB iPod touch. Less than half the storage, almost twice the price.

The beauty of the hard-drive iPod’s trajectory, from launch to today, is that as our digital music libraries got bigger, so did the storage of the little blighter. Back in 2001 when the first iPod was launched, it used a 5GB hard drive.

Now that seems almost impossibly tiddly – it’s small even for a microSD card. But back then, in the days when the digital music generation was wriggling pupa-like across the web, downloading tracks off Napster using 56k dial-up modems, it seemed miraculous.

Storage soon shot up as hard drive tech developed, right alongside the spread of high-speed broadband across the country. Of course, back in those days many of us will have spent hours ripping MP3s from those shiny discs we used to buy. Such cherished, tedious memories.

It’s Not an Apple Thing
Begging for a near-obsolete Apple product to stay on shelves may sound like the height of Apple fanboyism, but my own story features more years of Apple resistance than those bowing at the altar of the “big A.”

Back in 2003 I bought a Creative DAP Jukebox, one of the very first hard drive MP3 players. Paid for through dozens of hours of loading frozen livers onto the local supermarket’s shelves, it was one of the also one of the first big tech buys of my teenage life. 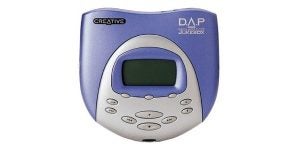 With a 6GB hard drive and a body no smaller than that of a portable CD player thanks to the 4AA batteries that powered the show, it was a laughable thing compared to what we have today. But at the time it seemed magical. Being able to carry around 1000 songs was a revelation. It didn’t skip when you moved around to quickly like a portable CD player – I was convinced 128kbps MP3s were the future. And so were hard drive MP3 players.

Seemingly unphased by the figurative “geek” sticker I was wearing on my forehead, the love affair with HDD media player continued through the format’s heyday. The criminally underrated (but Atari Lynx-sized) 20GB Rio Riot and classic 40GB iRiver iHP-140 were my next tristes, and happy memories of both remain.

But then it started happening.

The hard drive MP3 player market started to dry up, and slowly the things stopped appearing. Names that were once big in the market either went bust or faded into obscurity.

There came a time when resistance was clearly ridiculous. Up against the 5th generation iPod with its colour screen, sleek design and 160GB hard drive, the iRiver iHP-140 just didn’t cut it any more. To eBay it went.

And afterwards, I bought my first ever Apple device, a 160GB iPod Classic.

In the years since, despite having owned numerous iPod touches and an iPhone, the Classic has remained the one daily companion. It has visited every country I’ve been to, and walked most of the roads I’ve been down. And I’m not ready to say goodbye just yet.

Into the Great Beyond
Terribly sentimental, isn’t it? The real issue is that there’s not yet something to replace it.

Streaming services like Spotify and Napster are fantastic – no arguments there. But even forgetting the lapses in their libraries, we just don’t have the 3G infrastructure here in the UK to make using them as our main music sources particularly viable yet.

My work commute involves a train ride, and thanks to some sort of mobile internet black hole, I lose connectivity for a good five minutes out of a 20 minute trip. This is in London, folks.

Offline playlists? Sure, but it’s still no replacement for 160GB Classic, which lets me carry around every music track I own. Until I can get a Spotify service that works wherever I go, day-to-day, I won’t be ditching the old dear.

Apple, you used to be all about the music. Do a music fan a favour and let the old dog lie on the mat a little longer…