According to industry bods, the future of technology lies in getting all of our gadgets talking to each other. One day, your clock will tell your toaster it’s time for breakfast, and all of your appliances will hop into early-morning action. We reckon it’ll be a bit like a sci-fi rendition of Beauty and the Beast’s “Be Our Guest”. Probably.

As such, companies are well underway with developing new ways of connecting gadgets around your home. Google already looks set to announce its own Internet of Things operating system at Google I/O next week.

Smart thermostats and app-controlled audio systems are old hat by 2015’s standards, however. Here’s our round-up of connected gadgets you might not have expected to exist. And some that probably shouldn’t…

Related: Smart Home: How Apple, Google, and Samsung will take over your home

If you want to avoid a painful trip to the dentist, then you have to invest time in your teeth. Fortunately, Oral-B has launched a Bluetooth-connected smart toothbrush to make dental hygiene a breeze.

The smart brush has sensors that can work out when you’re using poor brushing technique. It’ll even offer guidance on how to improve your scrubbing style. “Harder, faster!” 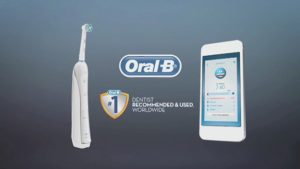 What’s more, the toothbrush also has on-board memory, which lets it store up to 30 brushing sessions. This means you won’t – God forbid – lose sessions when not connected to the app.

There’s also a bunch of cleaning modes too – daily clean, deep clean, whitening, gum care, and sensitive – and it works with six different brush heads. If all that isn’t intimidating enough, it’s also got pressure sensors and an oscillating head.

If NASA designed a toothbrush, this would probably be it. Besides, who wouldn’t want their toothbrush to be iOS and Android compatible?

We like our toilet seats here at Trusted HQ. Toilet seats are the thrones of modern man, ever ready to serve, even in your darkest, most shameful hours. It’s only fitting that it’s welcomed into the smart home fold. 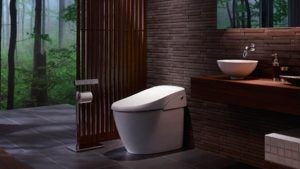 Fortunately, Japan is on hand as usual to provide a suitably weird invention. The smart toilet seat in question is called the Lixil Satis G, and it’s as weird as you’d expect. A dedicated smartphone app can lift the toilet lid up and put it down again, flush, and let you control a – frankly ungodly – extending bidet feature.

You can also keep a diary of toilet use, and, for some unknown reason, play music through built-in speakers. Why not try Norwegian death metal for fearsome slip-n-slide defecation?

Smart light bulbs are nothing new, but that doesn’t mean we can’t still innovate with the humble fixture. What if, let’s say, your lightbulb could play music?

That’s exactly the question asked by the team behind LightFreq, the connected light bulb that doubles as a speaker. 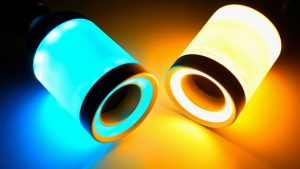 The bulb can play music streamed over Bluetooth, works as an intercom, and can even sync with other bulbs for synchronised jam sessions.

You can also change the colour of the bulb, and set up some seriously 90s disco rave light-shows. Perfect for a party…or triggering epilepsy.

When Amazon revealed the Dash Buttons a day before April Fool’s, we thought it was a wind-up. In reality, it’s possibly the company’s biggest retail coup yet.

In short, the connected buttons let customers order commonly used household items with a single press – think toilet roll, washing-up liquid, coffee, etc. They’ll be delivered within a day, and you won’t need to leave the house or even touch your computer.

It shouldn’t come as a surprise; Amazon is ever-keen to make the path from desire to purchase as simple as possible. It’s easy to dismiss the Dash Buttons as capitalism gone mad, but they could be a real help to the elderly or disabled.

There’s no word yet on a bacon button…

Buying a plant seems like a great idea at the time. Then three weeks later, it’s withered and shedding on your living room. You and your partner point fingers about who should have watered it, but everyone knows the poor pot plant was doomed from the start.

Parrot has made the process of keeping greenery a whole lot easier, a la the Parrot Pot. This smart pot monitors your plant, and relays vitals back to your smartphone. 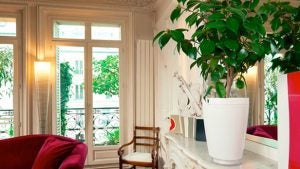 Probably the best feature of the Parrot Pot is its automated watering system. You can store up two litres of liquid in the Pot, which is good for an entire month of watering a plant.

So basically, if your plant still dies with the Parrot Pot, you might be better off investing in some plastic flora.

This is a bit like the Amazon Dash Buttons, but adapted for the truly sloth-like. GeniCan is a wastebin revolution that looks to make grocery shopping unfathomably easy. 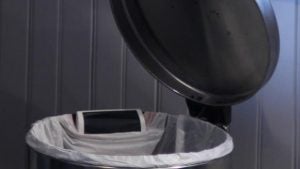 It’s actually just a sensor that slots into your bin. When you throw products away, it scans the barcodes and adds the items to a shopping list. This list is compiled on a dedicated app, which can be used to arrange a delivery for all the items from a supermarket of your choice.

It’s still got 29 days left to go on IndieGogo, so if you can’t bear the thought of hearing “Would you mind popping to Tesco?” again, it might be worth investing.

Quirky’s egg minder is the most extreme example of the rampant app-ification of our homes. No longer is the industry content with just making your fridge smart, it wants what’s inside your fridge to be connected too. 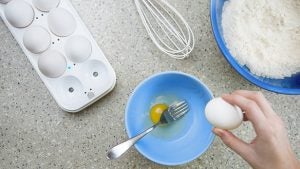 The Egg Minder is a “smart egg tray” that syncs to your phone using Wi-Fi. An app then allows you to check how many eggs are left in the tray, so you can plan dinner from afar. You can also find out which egg in the tray is the oldest – and how long it’s been there – so you can avoid accidentally contracting salmonella. Each tray can handle 14 eggs at any one time, and runs off two AA batteries. Egg-cellent.

Right, you’re sick of smart home tech and you just want to escape it all. You head off to bed and pray you’ll wake up in a world free from “IoT” buzzwords. Well your luck’s out, because the Internet of Things has already set up camp between your sheets, and it’s feeling frisky.

Meet Luna, the mattress cover that will turn any bed smart. For starters, you can adjust the temperature of the mattress in individual zones, so you can keep one side cool and one warm. You don’t even have to do this manually; Luna knows your bed time, and gets the temperature ready just in time for your 40 winks. 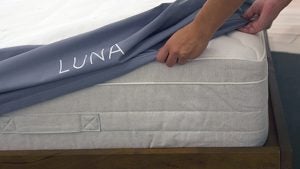 It also tracks sleep phases, heart rate and breathing rate, so you don’t need to go to bed strapped to the nines with wearables. This data is then used to give feedback about how you can sleep better. Turning Netflix off might be a start.

What’s most exciting is how Luna connects with other smart devices in your home. Once it knows you’re asleep, it makes sure your front door is locked, alarm is set, and ensures your home temperature is spot on. It’ll also sync with Wi-Fi coffee machines to prepare your morning brew when you wake up.

The original piggy bank had it all, right? A hole to put money in, some space to store cash, and a whimsical porky shell. But nothing is truly safe from the clutches of smart home tech, not even your oinky saver. 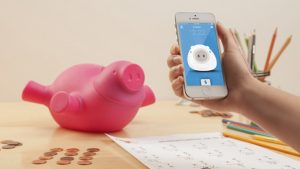 The bastard child of a current account, Miss Piggy and a printed circuit board, the Porkfolio is the 21st Century way to save your coppers. It looks just like a normal piggy bank, but it’s got Wi-Fi connectivity and a mobile companion app to boot.

You can use the app to check your savings, and even receive notifications when the pig is moved, courtesy of a built-in accelerometer. All it needs now is an automated weapons system and you’ll never need the security of a real bank again.