Robots are adorable, right? What’s not to love about Wall-E and R2-D2? But they might not be so cute when you’re getting the sack because a bot can do your job better.

Worryingly, this robo-takeover could go even further, with an artificial race one day enslaving us completely. That’s the outlook according to crackpot quote-spinner and Apple co-founder Steve Wozniak, anyway. Fortunately, he reckons that future is “hundreds of years” off.

Well, we’ve got bad news for you. The robot ascension is already upon us, and you’ve all been too busy talking about Kylie Jenner’s lips and tepid Snapdragon processors to take notice.

Related: 5 bits of Star Wars tech that are actually happening 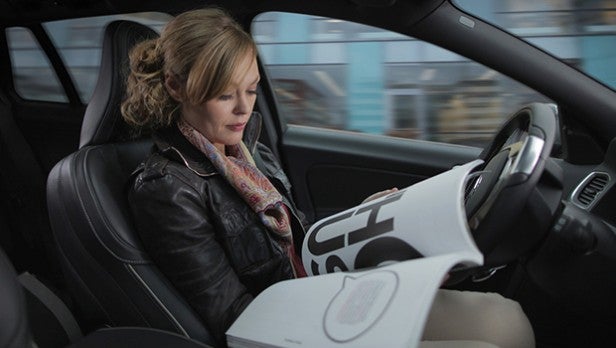 If you thought taxi drivers were mad about Uber, just wait until self-driving cars start pulling up alongside them at the lights. What’s a cabbie to do when the Google-mobile rocks up outside of London Victoria train station offering bargain-basement prices. After all, autonomous vehicles don’t need pension schemes, can’t join unions, and couldn’t care less if your local taxi firm goes bust.

But how realistic is this scenario? We already know that self-driving cars exist, even if they still suck right now. However, a recent study found that ‘taxibots’ could eventually replace 90% of cars, and even ease congestion in major cities. We can just kick back, relax, and enjoy our robot-led subjugation. 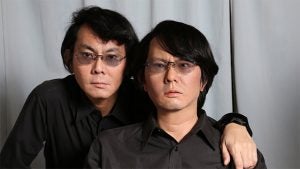 Most of us aren’t so keen on the idea of robots stealing our jobs, but then there’s this guy. Hiroshi Ishiguro is a roboticist at Osaka University who figured he could just as well hang out at home while an android delivers lectures to his students. Using silicone rubber, pneumatic actuators, and even his own hair, Ishiguro created a robotic double of himself that can speak, move, and tell young people that they ‘could probably try harder’.

But Ishiguro isn’t content with taking his own job; he also wants his robots to take everyone else’s too. Earlier this year, he suggested that his androids could replace pop stars, fashion models, newscasters, receptionists, and even famous actors. It looks like someone may have already been assimilated… 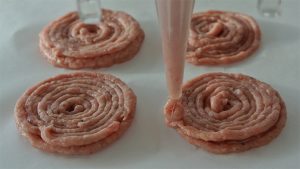 If we tell Gordon Ramsay that robots are coming for his job, he’ll likely tell us to shove a spatula up our fu… Never mind. That’s why we’re telling you instead. Yes, robots are eyeing up the food industry, a la 3D printers. While the latter is largely known for producing plastic tat that makes Kinder Egg toys look top-notch, some models can also be loaded with edible ingredients. You can currently register your interest for Foodini, a Kickstarted 3D printer that churns out all manner of sweet and savoury cuisine.

This robot revolution is taken a step further in Harbin, China, where the Haohai Robot Restaurant is located. Diners meet a robot that greets them with, “Earth person, hello!” Then they’re seated at their table, after which a robot waiter takes their order, a robot chef prepares their food, and then their dishes are scrubbed by a robot dishwasher. With the robotic influence on humanity steadily growing, it’s probably best to tip… 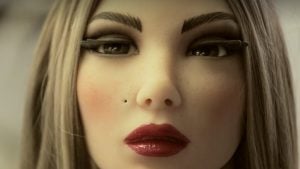 As 2015’s sci-fi spectacle Ex Machina points out, it’s not ludicrous to suggest we might one day develop romantic feelings for robots. After all, if technology progresses to the point where they look like a person and sound like a person, why can’t they get freaky like a person too?

That’s exactly the question posed by tinkerer Matt McMullen, who’s working on a project called Realbotix. It’s a range of sex dolls that won’t just awkwardly fornicate with you, but will speak to you and even think for themselves. McMullen hopes to be flogging his plastic partners by 2017, with a suggested retail price of £6,500 per unit. Of course, there’s always Siri… 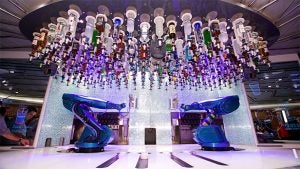 Desperately trying to catch the eye of a bartender so you can order your drink is a real pain. Fortunately, bar staff are going the way of the Sega Dreamcast, and we’re actually quite chuffed. Instead of flagging down bartenders, their robot equivalents will take requests in an orderly fashion, and we’ll get an expertly crafted Long Island Iced Tea each and every time.

We’re not kidding – aboard the hyper-luxury Quantum of the Seas cruise ship are two bionic bartenders. The drink-dispensing droids are quick, efficient, and won’t even flirt with your spouse. It’s only a matter of time until they’re peddling Carlsberg at your local watering hole. 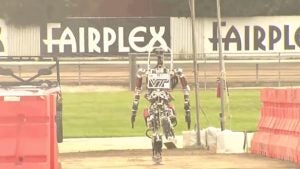 Once little more than a Futurama skit, the robot olympics is finally becoming a reality. Sort of. The closest we’ve actually got to an athletic arena for droids is the DARPA Robotics Challenge (DRC). If that rings a bell, it’s because the DRC was headline news earlier this month after a video emerged showing most of its competitors falling over.

Check out the hilarious footage below: 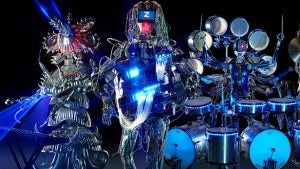 You’d think that with music being a creative enterprise, it can claim immunity from autonomisation. Not so, as robot band Z-Machines proves. It’s a droid three-piece that sounds half-decent, despite none of them having ever taken a music lesson. The guitarist, for instance, is a two-metre-tall bot called March that rocks out courtesy of 78 bionic fingers. Ashura, the drummer, steps this up a gear, bashing out a beat with 22 arms. And let’s not forget Cosmo, the keyboardist who manages melodies courtesy of green lasers that pinpoint keys.

If that wasn’t creepy enough, you might also enjoy this video of a robot orchestra performing the Doctor Who theme. Don’t worry, there aren’t any daleks involved. We think. 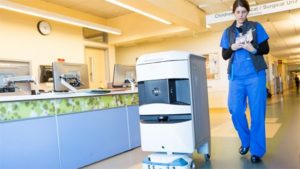 This entry comes, unsurprisingly, out of the San Francisco Bay Area. Hospitals in the tech mecca are using robots called Tugs as an alternative to nurses and porters. These sinister looking copy-machine doppelgangers can deliver food and pharmaceuticals to patients. They’ll also pick up waste and laundry, and emit a gentle beep to warn oncomers of their approach.

Of course, San Fran’s Tugs aren’t without issue. For instance, if there are too many obstacles in the way during a trip, they just stop and await help. Hopefully that batch of pills isn’t urgent. 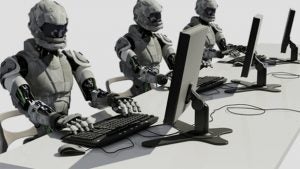 We were reticent to include this, for obvious reasons. Surely the bastion of truth that is the fourth estate couldn’t be replaced by a ruddy circuit board? It seems our luck’s out, as it’s already happening.

Several news outlets have begun using algorithms to produce content around sports results, fiscal performance, and the weather. The Times, for instance, recently reported on a Los Angeles earthquake courtesy of software. Similarly, the Associated Press rounded up the most salient points from Apple’s 2014 Q4 earnings back in January, with not a notepad-wielding journo in sight. Even this feature was brought to you by TR-R0b()t.exterminatereader//. Wait, what?