The superhero genre is a tricky business for production companies; we’ve seen everything from acclaimed cinematic masterpieces to downright-dreadful-get-off-my-screen Hollywood churn. However, that level of risk hasn’t stopped the TV and movie industry from reeling off title after title in hopes of wowing audiences with people flying, shooting lasers out of their eyes, and hitting things with mythical hammers.

The great thing about superhero movies is that if one studio gets it wrong, another can launch a reboot and absolutely smash it. Take Daredevil, a franchise scorned after a fan-incensing feature film, but now finding superb reception on Netflix as a TV drama. Then there’s the fast-approaching Supergirl TV series, scheduled for November this year, which is sure to bring heaps of super-oestrogen goodness to our screens.

Many titles haven’t been so fortunate, though, resigned to infamy within the annals of crap productions, desperate for a reboot. Here’s our list of the superhero reboots we’d most like to see happen… 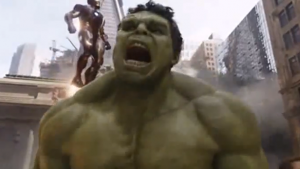 Alright, we know what you’re thinking. We haven’t forgotten about Edward Norton’s efforts as the Incredible Hulk in 2008. Nor have we forgotten about Mark Ruffalo’s verdant-hued rampaging in the Avengers film series. But why should the world’s most muscular garden pea be forced to share his glory with puny toffs like Iron Man and Captain America?

What we’re getting at here is that we want another dedicated Hulk movie, and we want it now. Mark Ruffalo’s performances thus far have been spectacular, but we’re always left wanting more. Since his 1962 inception, Bruce Banner has gone from strength to strength (literally), and it’s about time he caught some of the limelight. Especially since most of his Avenger pals already have standalone entries of their own. “Hulk smash…hit!” anyone?

Related: Weekend Streaming: What to watch on Netflix and Amazon Prime Instant Video 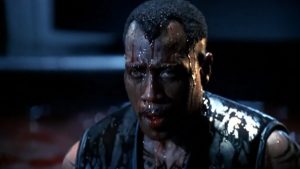 Most know Blade as a leather-clad Wesley Snipes starring in the eponymous film series that began in the late ’90s. But he’s also a formidable entry into Marvel’s roster of heroes. A human born with vampire genes, Blade grows up to become a vampire hunter bent on culling the creatures that got a bit chewy with his late mother’s neck.

The last Blade movie was in 2004, but the character did have a brief stint on TV in 2006’s Blade: The Series, which was duly scrapped after one season. A grim fate for one of the comic world’s most badass characters.

Fortunately, Marvel regained the rights to Blade about four years ago, a move shortly followed by the revelation that the studio even had a script prepared. And if that wasn’t enough, last year Snipes told MTV he was willing to rejoin the franchise as Blade if the opportunity came up. Vamps, you’ve been warned… 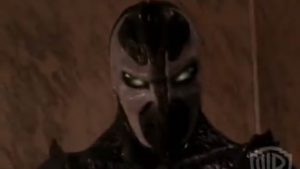 Ah, Spawn, the classic anti-hero. His history’s a tad unique, so here’s a quick breakdown. Once a high-level CIA operative named Lt. Colonel Albert Francis ‘Al’ Simmons, Spawn was involved in black-ops work and did some pretty grim stuff (read: torturing and killing innocents). Eventually he’s murdered, at which point his soul goes to hell as punishment for his dodgy deeds. Simmons then sells his soul to a demon so he can see his wife, but comes back five years later as a Hellspawn. Eventually he realises he hasn’t been the greatest guy, and starts tracking down thugs, paedophiles, and otherwise unscrupulous folks to make up for his prior transgressions. Voila, superhero.

Since his comic book inception, we’ve seen Spawn appear in many forms, including on videogames, film, and television – Todd McFarlane’s Spawn animated series was particularly well received. The 1997 Spawn movie, however, was bloody awful, and cast doubt over whether comic books can be well adapted into movies. As we’re now in something of a golden age of big-budget superhero flicks, we’d argue that Spawn could very well be reborn (again?) as 2015’s favourite Hellspawn. Oi, movie studios, are you listening? 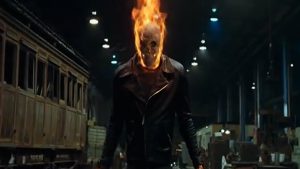 Ghost Rider is Marvel’s motorbike-cruising, fiery-headed bounty hunter of the damned. He wields hellfire, can ride his bike up walls, and hangs out with demons. Hardcore, right? Not always. The most recent Ghost Rider incarnation came in a 2007 movie (and 2012 sequel) starring Nicolas Cage, courtesy of Columbia Pictures. Don’t remember it? That’s probably for the best – it sucked, frankly. Floppy Cage flicks aside, Ghost Rider is a solid superhero that’s well deserving of a reboot.

The good news is that Ghost Rider’s rights were recently returned to Marvel Studios. Daredevil’s rights went through a similar process, and that’s now been transformed into a well-received TV series. We’d love to see Ghost Rider reborn on Netflix by Marvel Studios, and you should too. Plus, motorcycles are totally in right now – just look at Sons of Anarchy and Norman Reedus’ Daryl Dixon in The Walking Dead. 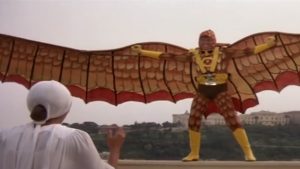 If you Google Images search Condorman, your screen quickly fills with snaps of Frank Spencer dressed in the most obnoxious bird costume you’ll ever see. Seriously, he makes Big Bird’s get-up look like formal attire. That didn’t stop him from debuting in 1981’s Condorman movie, however. Unfortunately, the dodgy get-up is also likely part of the reason why critics collectively panned the title.

But forget about those ever-scornful critics. What we need right now is a real superhero – awkward, odd-looking, and keen to dole out justice. A 21st-century take-two of Condorman could side-step the complaints over dodgy SFX, and propel the ’80s flop to modern cinematic prestige. At a time when superheroes are overly slick, well-muscled, and dripping in cool, we could do with Condorman’s gaudy outfits and Boeing-rivalling wingspan.

To paraphrase another bewinged super-flick – he might not be the superhero we need right now, but he’s the one we deserve. Besides, if Kick-Ass is anything to go by, ridiculous superheroes are definitely a thing.

Related: 5 bits of Star Wars tech that are actually happening 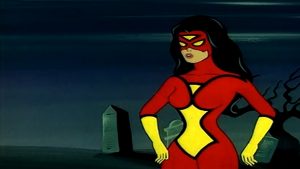 As sure as the sun will rise tomorrow, Spider-Man is already pencilled in for another cinematic reboot, circa 2017. But he’s not the only web-slinger worthy of your popcorn-chomping gaze. Let’s shelve eternally-prepubescent Peter Parker and consider rival super-arachnid Spider-Woman for a moment. Real name Jessica Drew, Spider-Woman was actually born out of a ploy by Marvel to deny rival DC Comics the chance to use the name.

What’s interesting is that while Spider-Woman is involved in the Spider-Man universe, she’s actually been more closely tied with both the Avengers and the New Avengers story arcs. And The Avengers film franchise, of course, is showing no sign of slowing box office pace. Moreover, recent rumours suggest that Sony is keen to launch a female-led Spider-Man spin-off. While most reckon that we’ll see Spidey supporting character Black Cat nab the limelight, we’d argue Spider-Woman is an equally strong contender for the starring role. 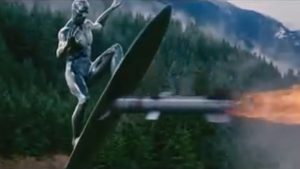 A comic book classic, Marvel’s space-surfing super-dude has been hanging ten around the galaxy since the ’60s. The last time we saw him, though, was in 2007’s Fantastic Four: Rise of the Silver Surfer. While the film fell short of critical approval, we’re not convinced the Silver Surfer can’t hack it on the silver screen.

And there’s actually hope. In 2013, former Marvel president and comic legend Stan Lee said, “Back at Marvel they are frantically looking for what is the next one they’re going to do. There is no way they won’t eventually do a Silver Surfer movie.” He added: “They’ll get around to a Silver Surfer feature because he’s a wonderful character.” 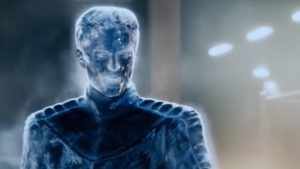 A founding member of the X-Men, Iceman has had a long and compelling history within the Marvel universe. His most recent appearance was in X-Men: Days of Future Past, played by series regular Shawn Ashmore. Born with the ability to manipulate ice and cold, Iceman works great as both a superhero, and a mobile ice-machine for your next summer BBQ. He was also recently retconned as being gay, a trait sorely lacking in the realms of superhero cinema.

Unfortunately, he’s largely been relegated to small roles and cameos across TV, film, games, and books. That’s an awful fate for an X-Men legend with Omega-level mutant status – that means he’s got the most powerful genetic potential for his mutant abilities.

We’d say he’s definitely deserving of a standalone movie, but there’s no word of such plans on the grapevine just yet. Still, if he can’t make it as a film star, he can always find work at the local Ben & Jerry’s.