With the arrivals of the new-gen Xbox One and PS4, there have been a wave of HD remasters hitting the market – including the likes of The Last of Us Remastered, Resident Evil HD, GTA 5 and even the upcoming Borderlands: The Handsome Collection.

But, as many HD remakes as there are on the market right now, there are still a few games and game series that we deem worthy of the new-gen upgrade. Here’s eight that we think need remastering.

Let us know if you’d like to see any HD remakes of your favourite games in the comments below.

See also: Best Remastered Games for PS4, Xbox One, Wii U and PC 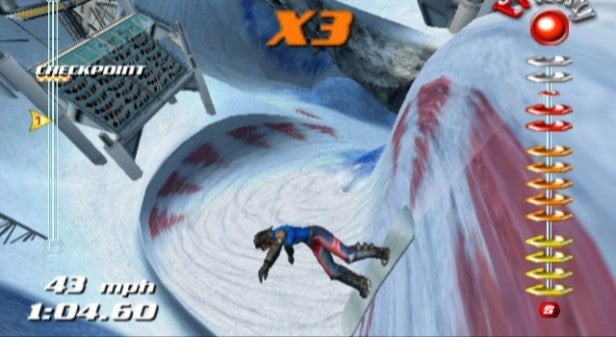 Original Platform: GameCube, PlayStation 2, Xbox, Game Boy Advance
Back in the days when EA Sports: Big was still a going concern, the SSX series was one of the brightest jewels in its glittering crown – and SSX Tricky was easily the best entry. It wasn’t as slick as SSX 3 or as vast as the recent SSX PS3 reboot, but its insanely imaginative tracks and larger-than-life characters made it an instant hit.

Players could pick between a vast array of avatars ranging from the Zen-snowboard-surfer Bodie, to the hyper competitive alpha female Elise, to the tattooed nutjob Psymon; however their aesthetic tastes ran, there was bound to be a character they took a shine to. The tracks themselves were meticulously balanced to be challenging, fun and completely off the rails; the shortest race took place on a giant melting ice cube, the finale in a glacier and the Tokyo competition happened in a giant pinball machine.

Since then the series has moved away from the over-the-top nature of SSX Tricky and towards smug, urban cool. Remastering it for new gen would not only draw in a ton of newbies, it would give age old fans the ability to scratch an itch they’ve had since the days of the PS2. EA probably wouldn’t even need to offer all that many extras in the package to make it a hit… 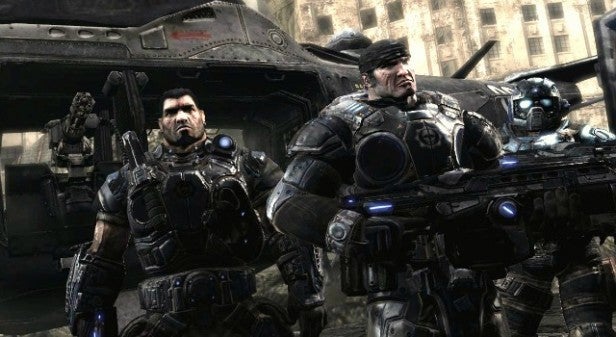 The Gears Of War series

Original Platform: Xbox 360 and PC
When Gears Of War first rumbled off Epic’s assembly, its sheer quality prompted a lot of critics to wonder out loud whether or not it would replace Halo as Microsoft’s flagship shooter. This inevitably didn’t happen; Gears was a darker, nastier and altogether more visceral beast than Halo. Set on the crumbling world of Sera, its gruff steroid-buffed C.O.G. soldiers, chainsaw bayonets and snarling Locust enemies were a million miles away from the limber Master Chief and the sunny vistas on the rings of Halo. Happily, Gears Of War’s differences didn’t hamper its sales and Microsoft had another hit on its hands.

Such has been the series success that a new Gears Of War game landing on the Xbox One was a foregone conclusion before Microsoft announced it. In the meantime, however, we’d also like to hear news of the past games in the series – yes, even Retribution – being given the packaged treatment Halo received with Halo: The Master Chief Collection. Come on, Microsoft – you know it makes sense. 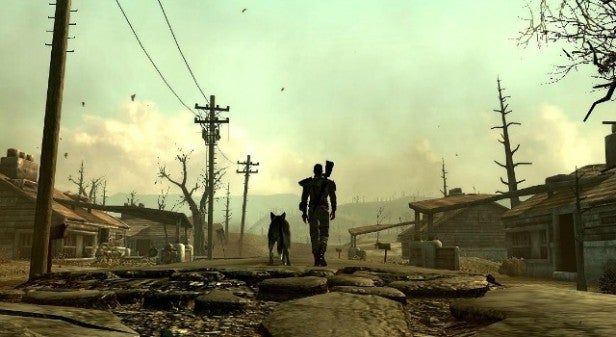 Original Platform: Xbox 360, PS3 and PC
A sprawling, epic adventure set in a post-apocalyptic timeline on one of the most imaginative and immersive worlds ever created in gaming, Fallout 3 isn’t so much a classic game as it is required reading at this stage. In the year of its release no RPG could hold a candle to it; it was a shooter played like a role-playing game and the sheer scope of content including its myriad plotlines and unforgettable characters sucked players in completely. It was buggy as hell, sure, but it was also incredibly ambitious. You could lose days, weeks and even months to Fallout 3. Years later booting up a save game from around its release, we are still discovering parts of the map containing areas and characters we never knew existed.

Really, you could pick from a dozen or so Bethesda core titles we’d like to see in a gussied up version on the new generation (Skyrim, Oblivion, anyone?) but we have a softspot for the Capital Wasteland and besides, what other game allows you to blow the head off a mutant and watch it bounce down the road like a football? Exactly! 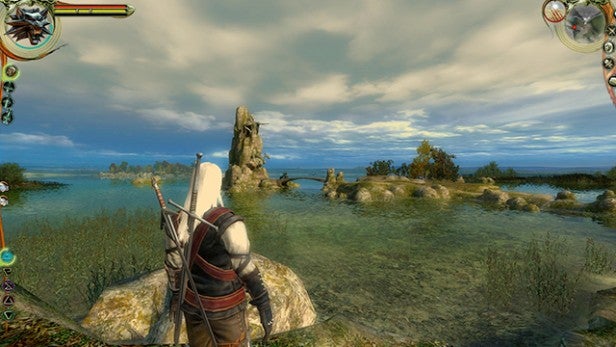 Original Platform: PC, Mac, Linux and Xbox 360
Yet another franchise about to make its debut on new gen consoles, The Witcher is one of the finest fantasy RPG series in existence – so why not give them the Remastered treatment? Based on the fantasy novels of Polish author Andrzej Sapowski, the games follow the fortunes of monster hunter Geralt, a grim faced killer who was magically modified at birth, giving him preternatural fighting prowess and the ability to wield magic as a weapon.

The key draws in the Witcher games are their labyrinthine plots, which contain as much courtly intrigue and political maneuvering as they do battles with monsters and enemies. The moral tone is also decidedly murky; at times there is no ‘right’ answer to a given situation involving other characters. In a way, the atmosphere reflects the essence of Geralt beautifully: it’s grim, hard-bitten and ruthless. If the idea of involved plotting and intricate storytelling sounds off-putting, rest assured The Witcher games are as bloody and violent as an entire season of Game Of Thrones. They have about as much swearing and sex scenes in them too! 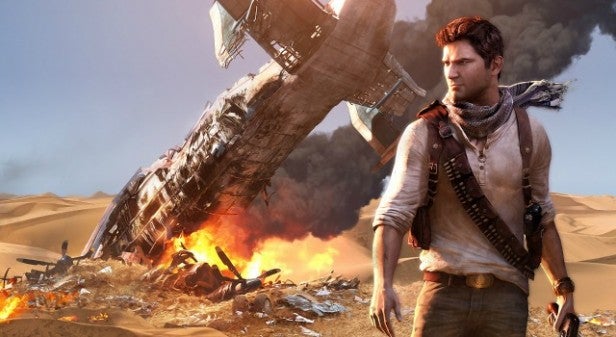 Original Platform: PS3
In the trailers for Uncharted 4, Nathan Drake looks like he’s seen better days. The cocksure adventurer from days past – equal parts Han Solo and Nathan Fillion – looks grizzled and broken as he rises from a riverbed and begins trudging through a jungle filled with skeletons in cages.

Ominously, the voiceover tracks hints at the notion that Uncharted 4: A Thief’s End may be the last time we see Drake (“Can I count on you Sully? One last time?”). If that’s the case then it would be fitting for PS4 owners to have the opportunity to revisit Drake’s past adventures and a Remastered collection would be the obvious option. 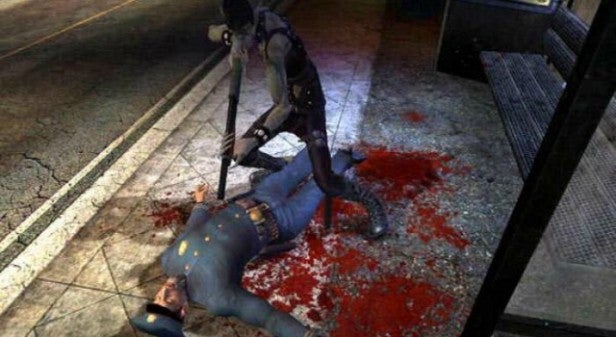 Original Platform: PC
Troika’s PC adaptation of White Wolf’s stunning tabletop role-playing game took such a hold over its fans on release that they actually started patching the game when they found that certain bugs made it almost unplayable. Its status as a flawed masterpiece is well deserved, however; its sprawling plotlines, its rogue’s gallery and its diamond-cut dialogue draw the player into its Gothic Punk world which appears at once both threatening and familiar.

We’d love a Remastered version for consoles and PCs – preferably one that contains all of the community patches – but unfortunately, this is unlikely to happen. In 2006, White Wolf merged with EVE: Online developer and publisher CCP to create a World Of Darkness MMO – the IP from which Bloodlines sprang – and in 2014 CCP announced the game had been cancelled and that the company would now focus solely on EVE games. Still, we can fantasize about a Bloodlines Remastered, can’t we? After all, that’s what ‘wishlists’ are all about. 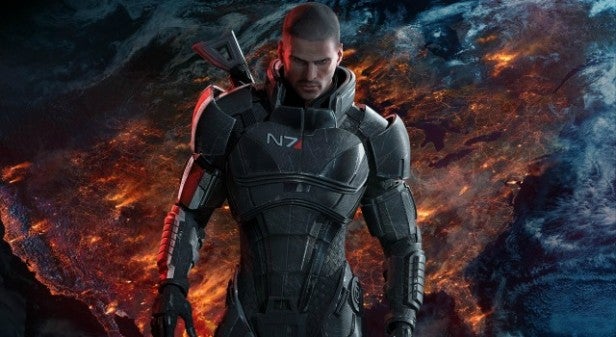 Original Platform: PS3, Xbox 360, PC and Wii U
BioWare’s superb space opera caused an outcry when it ended back in 2012  with a cinematic that didn’t so much wrap up its epic storyline as it did leaving players and longtime fans scratching their heads. This was a real pity, because up until that moment, the Mass Effect series had become one of the most popular RPGs around. Set in the distant future, it followed the fortunes of Commander Shepherd, the captain of the spaceship Normandy, as he (or if the player preferred, she) tried to stave off the invasion of a race of sentient ships called The Reapers, who were planning to eradicate all life in the universe.

Like Gears Of War, a new gen entry in the series was a pretty safe bet once the credits for Mass Effect 3 had rolled. In our humble opinion, if BioWare could package up the first three entries in the series with the new Mass Effect game – preferably with a better ending for ‘3’ – it would go a long way towards easing the pain involved in saying goodbye to Shepherd on the last gen. 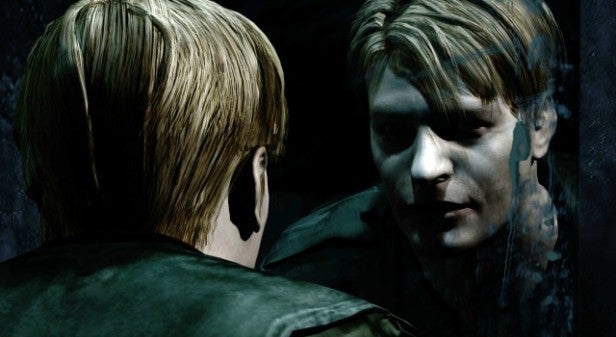 Original Platform: PS3, PS2, Xbox 360, Xbox and PC
Silent Hill 2 is a rare beast. It ticks all the boxes for survival horror fans – the hero is vulnerable, the mechanics are fiddly and the world within the game is creepy and horrifying in equal measure – but Silent Hill 2 caused a massive stir with fans due to its layered narrative. Borrowing a trick from the novels of HP Lovecraft, Silent Hill 2 placed players in the shoes of a protagonist who becomes more and more untrustworthy as the plot unfurls. Without ruining anything, the revelations in Silent Hill 2 about its hero cut like a knife.

The thing is, Silent Hill 2 has already been remastered once; originally released for the PS2, it was then ported to the PS3. However, that port didn’t do Konami’s horror classic justice (it was actually quite rubbish – ed.) and since Silent Hill 4, the overall quality of the series has slid badly – the Silent Hill reboot for the Wii, notwithstanding. We’re excited for Hideo Kojima’s stab at the series, which is scheduled for release this year, but a decent remaster of Silent Hill 2 would go a long way towards reminding onlookers why this series was so critically acclaimed to begin with.