The games that will live forever in gaming purgatory

It’s been a sad week for videogames, especially for players that love a good survival horror. And that’s because Konami officially confirmed that Silent Hills has been cancelled. You know, the one with Walking Dead star Norman Reedus in it and being made in conjunction with film director Guillermo del Toro?

As we wiped the tears from our eyes, the cancellation of Silent Hills made us ponder on the best games that were once announced, but have subsequently never made it out of development alive.

We present the video games we’d most like to play, but never will. They reside in gaming purgatory.

Starcraft: Ghost is dead. It’s official. And it only took twelve years to get here.

A million years ago, back in 2002, Blizzard was developing a spin-off game from its RTS franchise, Starcraft. It sounded awesome. In it, players would control a Ghost – a stealth operative from the main game – called Nova, who has the ability to cloak herself and finds that she’s caught between two alien invasions (The Zerg and The Protoss).

As is the case with most Blizzard games, a release date wasn’t forthcoming and we suspect little things like World of Warcraft and Starcraft 2 got in the way of its development. It was only last year that Blizzard CEO Mike Morhaime stated categorically that Ghost was officially cancelled.

Nova didn’t die, though. You can currently play her on Heroes of The Storm if you signed up for the beta and she makes an appearance in statue form at every single BlizzCon. 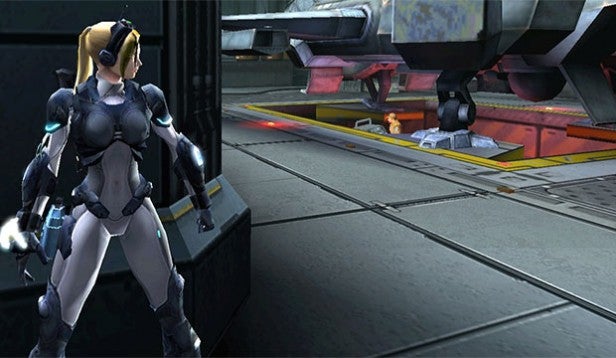 How does playing Boba Fett in Blade Runner grab you? Human Head’s shooter wasn’t an official Star Wars tie-in, but it did plonk players in the boots of a sci-fi bounty hunter bagging human targets in a cyberpunk city. Revealed at E3 in 2011, Prey 2 was one of the belles of the expo’s ball; its protagonist’s nifty gadgets were only half the draw. What really sold it to the audience in attendance was its open-ended structure – players could change the atmosphere of a room simply by drawing a gun and they could welch on bounty contracts if their target offered them more than the going rate.

Sadly, after E3 2011, the only news that emerged from the game’s publisher, Bethesda, was that it had entered dev hell. First, it was reported cancelled. Then it was passed on to Arkane (the developer behind Dishonored). Then Obsidian apparently had a look-in. Development, by that stage, had reportedly scrapped all of Human Head’s work and prospective punters were getting antsy. Finally, last year, Bethesda announced it had been officially cancelled, which is a crying shame. Really. Just check out the trailer and see what we all missed.

One of the casualties from THQ’s meltdown exists only as a logo now. Do a hunt for it on Google and you’ll find precious little beyond that – no screenshots, no trailers, no dev interviews – just a Wikipedia Page that offers a brief description and the logo. But from that little information, your heart may wail as a gamer.

InSane was to be a survival horror collaboration involving Volition (Saint’s Row) and film director Guillermo del Toro (Pan’s Labyrinth, Hellboy, The Devil’s Backbone) that put players in a place that made them “question their own senses of morality and reality”. After it got cancelled in 2012, the intellectual rights reverted to del Toro. So we may see it some day… and we may not. 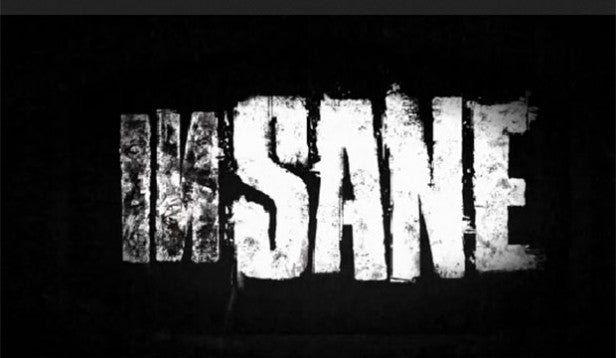 This is the logo for InSane. That’s it. Move along. Nothing else to see.

What we won’t be seeing is Silent Hills. While Konami’s signature survival horror series will probably limp on in some shape or form in the future, it probably won’t involve Hideo Kojima, who was slated to produce the next instalment, or Guillermo del Toro – as he doesn’t and will never own the IP. Despite PT (Silent Hills’s ‘Playable Trailer’) being arguably one of the most frightening horror games (well, mini-games) released all of last year, Konami and Kojima aren’t going to be producing a game with Norman Reedus in it. The Silent Hill faithful will just have to wait – and the next iteration has a pretty high bar to jump. 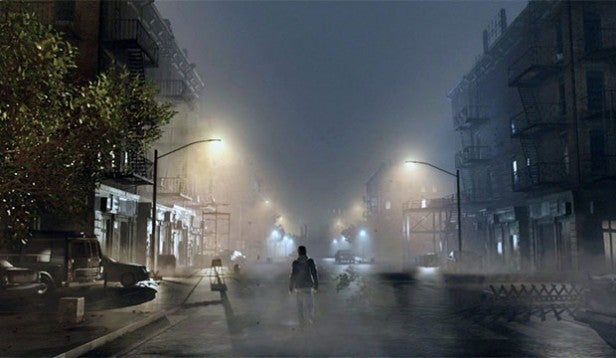 Goodbye Hideo. It would’ve been nice to see your take on Silent Hill.

Agent caused a stir when it was announced at E3 back in 2007. In the midst of the console wars with Microsoft edging ahead, the news that a brand new IP for the PS3 would be arriving courtesy of Rockstar Games was more than buzzworthy. It sounded positively mouth-watering. Nearly eight years later and we’re still waiting to see the game’s first trailer.

Oh, we’ve seen the logo. We’ve seen some screenshots. We know it’s set during the Cold War and it’ll be centred on the espionage community. But that’s about it. We’re no closer to knowing anything about Agent in terms of its plot, structure or when it will be released than we were back in 2007. We do know, however, that Rockstar recently renewed the Agent trademark, so there’s possibly the chance that it’ll be a PS4 exclusive. And we may get to play it in our lifetime. Fingers crossed. 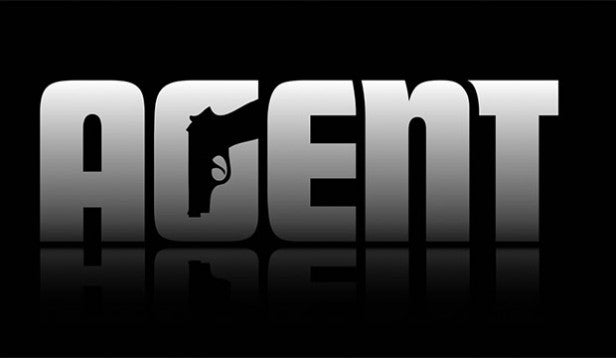 Here is the logo for Agent. Now you know about as much about this game as we do.

Is it coming? Isn’t it coming? Do we really care at this point? Plonk the original Beyond Good & Evil in front of an audience that’s never played it before and they’re likely to spend a lot of time scratching their head about as to why anyone is clamouring for a sequel. Everything about the original Beyond Good & Evil seems completely out of synch with the sort of IP a Triple A publisher like Ubisoft would pump out. Its art-style is all over the place. Its plot is barmy. It’s never really had the hold on audiences in the same way as Rayman or Assassin’s Creed or Splinter Cell – or a bunch more IPs in which Ubisoft would wisely rather invest capital.

That having been said, Beyond Good & Evil’s cult has grown over the years and a new instalment would probably find an audience. We just can’t guarantee we’d be part of it. 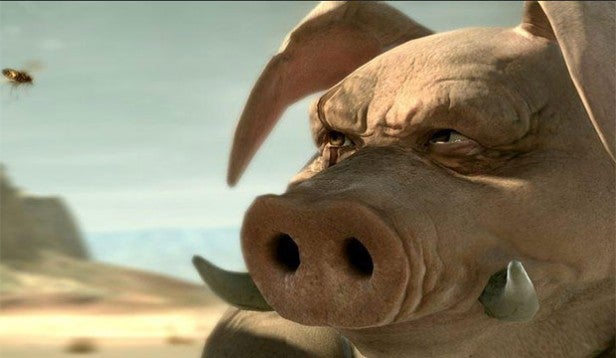 Waiting for the miracle to come: Is Beyond Good & Evil’s sequel ever going to get here?

The Last Guardian is either the best game we’re still waiting for or the cruellest trick Sony ever pulled on its audience. Developed by the team behind Ico and Shadow Of The Colossus, this PS3 (or should that be PS4) exclusive follows the adventures of a young boy and his baby gryphon – and given Team Ico’s track-record for being absolutely ruthless and heartless in their plotting, we expect at least one of these characters to be dead by the end of the game.

That is, if the game ever sees release. The Last Guardian was announced back at E3 in 2007 and since then the news cycle concerning the game has been glacial. The last tidbit thrown out into the ether proffered that the game stands a ‘decent chance’ of appearing at this year’s E3. We’ll believe that when we see it… 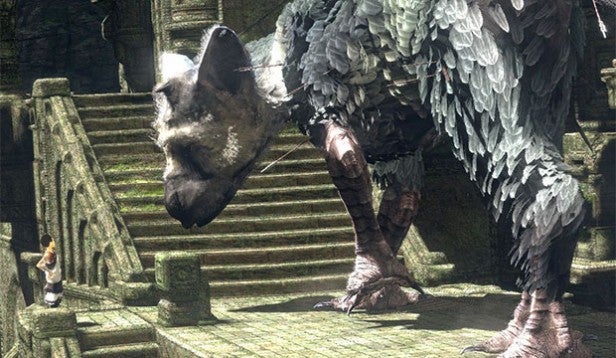 Yes, they’re cute! The gryphon’s cute! The kid’s cute! Now just give us the game already!

The Holy Grail of vaporware, Shenmue III has a cult but ardent following that’s desperate for a sequel – not least because Shenmue II left the game’s plotline unresolved to say the least (see also XIII, but we know that franchise is dead and buried). The series developer Yu Suzuki has hinted that he may be able to obtain the rights and produce a third instalment and may even try crowd-sourcing as a way of funding it – Kickstarter, anyone? But that’s probably just wishful thinking… isn’t it? 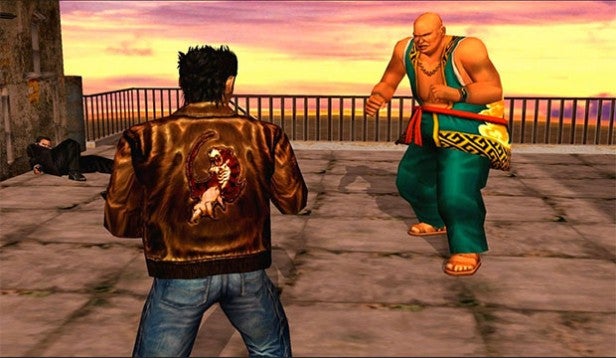 This is a still from Shenmue 2. You will probably never see Shenmue 3. Just saying