One word describes the overwhelming reaction that greeted the Samsung Galaxy Round and LG G Flex: meh. Their curved designs have been described as ‘solutions in search of a problem’ while their hefty price tags and limited availability mean they don’t feature on many Christmas lists.

But here’s the thing: I think everyone who dismisses the value of curved phones is wrong and here are the reasons why.

#1.  They will be more durable

While architects will go on at great length about the increased structural integrity of curves, there is a far simpler reason why curved phones should prove more durable: their screens won’t hit the ground.

Whether you curve a phone screen top to bottom like the G Flex or side to side like the Round, both theoretically protect the glass from being impacted when they slip out your grasp. I say theoretically because drop tests of the G Flex have shown the impact can still easily break the screen, but that primarily comes from the weaker plastic substrates rather than glass used in its construction. This will improve with time.

It can’t come soon enough. A poll in February by MobileInsurance (admittedly a non-neutral source) found 23 per cent of all iPhone owners are walking around with cracked screens, so a form factor that inherently better protects it is a huge advantage. And that’s without mentioning the obvious reduction in day-to-day scratches. 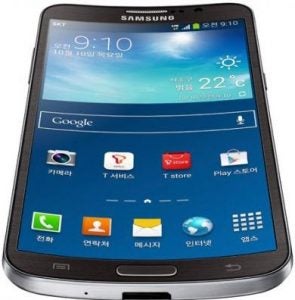 #2. They make big screens easier to use

Less face it, phone displays are getting bigger. This is fuelled by our changing usage patterns, which are less focused on phone calls and more on media consumption. The problem is our hands won’t grow to keep up and for most the explosion in 5-inch devices and beyond is a stretch our fingers can’t quite make.

Curved screens address this by bending these hard to reach corners closer to us and that makes hitting the edges and one-handed typing that little bit easier. It won’t solve the problem for anyone with very small hands, but we should embrace every advantage we can get to make big screens easier to use.

#3. They are better for media consumption

Furthermore all this content we are viewing in our phones will look better on a curved screen. The curves are gentle, so any sense of distortion is virtually eliminated, but more importantly curved screens greatly reduce visible reflections and offer greater privacy. The latter is only a problem when crowding people around your phone to view something, but do you buy phones based on whether they create a better experience for you or an occasional audience?

Furthermore the gradual rise of curved TVs is based on testing that found they offered a more immersive experience. We’ll benefit from that on our curved phones while critics who cite the reduced viewing angles curves bring to TVs for large get togethers have no leg to stand on when it comes to phones.

#4. They can improve call quality

Here’s a shocking revelation: your face isn’t flat. This is why land line phones traditionally curve to conveniently fit both your ear and mouth and now your curved phone will as well. Of course in being flat for so long smartphone technology has adapted so the distance of a microphone a few inches from your mouth isn’t a major problem, but it still means smartphones are generally terrible for picking up environmental noise.

Curved phones give R&D departments a helping hand. By keeping both the earphone and mic closer to their intended targets better noise cancellation and isolation technologies can be developed. If long-term that can teach people they no longer need to bellow into their handsets in public places, curved phones will have made the world a better place.

#5. They are more comfortable in hand

Furthermore while you’re speaking on your phone, playing a game, surfing the web or any of the thousands of things you can do on a modern smartphone you’ll also find you are doing it more comfortably with a curved phone.

You only need look at the design of landline phones and games console controllers to know curves fit our hands better. You can also get a better grip on a curved phone, so we shouldn’t drop them as much as the slabs currently in our pockets.

#6. They will bring new functionality

Tilt the Galaxy Round on a table and it will show you the time, date and any notifications you may have. Samsung calls this the ‘Roll Effect’ and while the implementation on the Round is a little slow and limited, there is no doubt that the combination of accelerometers and gyroscopes in modern phones can find some ingenious, context sensitive ways to take advantage of this movement.

Tilt to reject or answer a call on speaker phone, tilt to snooze an alarm, tilt to respond to a specific audio alert, tilt to play/pause music and much more make sense. Apple, Microsoft, Google and third-party developers should have a field day.

#7. They will drive the screen tech for other devices

Like it or loathe it, smartphones appear to have become the testing ground for most consumer focused tech innovation. Everything from touchscreens and finger friendly user interfaces to compact cameras and the growing trend for incredibly high pixel densities have come through their evolution in smartphones.

Curved screens will be no different and since they will be extremely important in wearable tech, most notably smartwatches, take up in phones can drive their maturation and miniaturisation for the benefit of other devices.

Make no mistake there remain problems with curved phones. Notably their components aren’t all curved inside yet, which can lead to reduced battery sizes (as seen in the Galaxy Round compared to nearly identical Galaxy Note 3), they will wobble on surfaces in planes, trains and cars and at the moment they carry a price premium.

That said, it seems the change is coming. Televisions, monitors, wearables and phones are all areas curved technology is being pushed and latest rumours even suggest Apple is toying with making a curved screen iPhone (possibly to justify an increased screen size?).

Consequently this may be a revolution that is hard to avoid, so try to keep an open mind.