Who could it go so wrong, so often? As it turns it out, it’s remarkably easy.

Microsoft acquired Nokia in 2013 for $7 billion dollars. The fallen Finnish feature phone giant had been struggling with the transition to a more sophisticated smartphone platform as iOS and Android took over. Then-Nokia CEO (and former Microsoft executive) Stephen Elop infamously opted to go all-in with Windows Phone rather than becoming yet another Android manufacturer.

It would prove to be a terrible decision. As an exclusive manufacturer for a minority platform, Nokia failed to turn its ailing fortunes around – despite producing some very solid and distinctive phones like the Nokia Lumia 800. 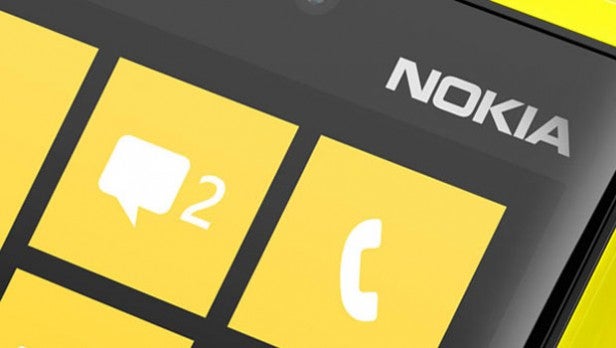 The Nokia brand was gradually swept away, yet none of the following Microsoft Lumia handsets managed to rescue a Windows Phone platform that was badly floundering (albeit nominally in third place).

Few were surprised when Microsoft announced in May that it was axing 1,850 jobs as part of a $950 million “streamlining” of its mobile business. 1,350 of those jobs are from Microsoft Mobile Oy in Finland – which is basically the remnants of Nokia.

One of those heart-warming tales involves the 2005 acquisition of Myspace for $580 million. Remember Myspace? Possibly not, but there was a time  there, at the onset of the social media boom, that it looked set to become the social network juggernaut that Facebook turned out to be. 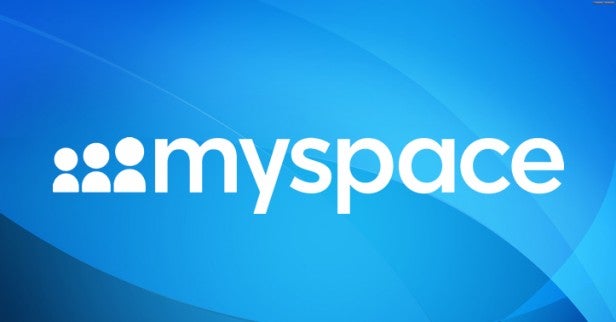 It was a bright start for News Corporation’s ownership, then, with Myspace seen as a way to drag the old media company kicking and screaming into the digital era. But within a few short years things began to go wrong.

It seems New Corporation never fully understood what it had on its hands, and proceeded to wreck the Myspace experience with ill-conceived structural tweaks and a terrible advertising system.

The rise of a certain rival named Facebook didn’t help matters, either. Finally, in 2011, News Corporation gave up on its investment, and Myspace was sold to Specific Media Group and Justin Timberlake (we kid you not) for just $35 million.

HP’s 2002 merger with Compaq has gone down as one of the biggest and most contentious tech deals of the past 15 years.

The $24 billion deal effectively saw HP purchasing Compaq, which had slipped behind its rivals as a computer systems supplier and was struggling (like many tech companies) following the dot-com crash of the late ’90s.

It was a deeply divisive deal at the time. Walter Hewlett, an HP director and son of co-founder William Hewlett, was firmly opposed from the off, while Michael Dell of arch rival Dell called it “The dumbest deal of the decade.” 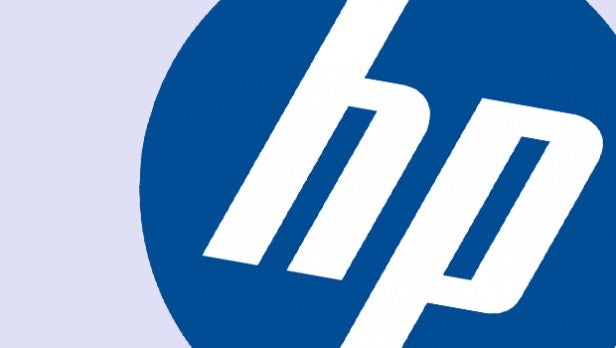 The main objections seemed to be around HP getting deeper into the ultra-competitive PC market and compromising its own, highly lucrative printer business in return. The two companies also had a number of overlapping products.

HP’s stock took a massive hit as opinion turned against the deal, and the two huge companies struggled to blend or to create any real additional value through the partnership.

Even in more recent times, opinion has remained divided over whether the merger was a good deal or not. But use the words ‘HP’ and ‘Compaq’ in the same sentence, and the connotations are generally understood to be negative.

As a footnote, last year saw the troubled company splitting in two and cutting 5,000 jobs amidst a generally lousy PC market.

It’s tough to remember from the dizzy heights of 2016, but America Online – more commonly known as AOL – used to be as big and recognisable an internet brand as Google. Probably more so.

AOL used to be the gatekeeper to the internet for millions of modem users, who paid a subscription to get connected in the pre-broadband ’90s.

With the future of its core dial-up business under threat from emerging broadband technology, AOL launched an ambitious $164 billion deal in 2000 to merge with Time Warner and form the world’s biggest media company. It remains the second largest merger ever. 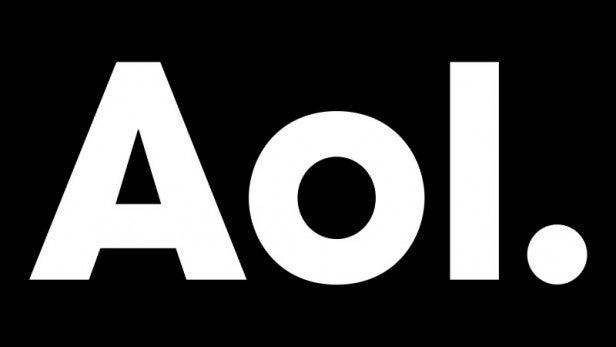 Which made it all the more painful when it swiftly became evident that AOL was a one-trick-pony, a lame duck, a flash-in-the-pan, and other such negative idioms that compare it unfavourably to the more established and diverse Time Warner. Sure enough, within a couple of years, AOL’s value plummeted and the old media company side of the partnership began to dominate.

In 2003, the former AOL Time Warner dropped the ‘AOL’ part from its name altogether. In 2009, Time Warner span AOL off into an independent company, where it could slip further into obscurity in peace.

Google unexpectedly announced the $12.5 billion acquisition of Motorola Mobility in August 2011, in what the search giant described as a bid to “supercharge the Android ecosystem.”

Motorola had turned out some of the better phones of the early Android era in the late ’00s, and was also a fellow US company. On the surface, it might have seemed like a good way to take on Apple, which had attained a tight synergy between hardware and software with its iPhone range.

Of course, it also gave Google access to a valuable library of patents, with which it could protect itself against a litigious Apple and Microsoft.

Indeed, Google was quite open about that particular benefit from the off. However, as time went on, Motorola’s patent portfolio seemed more and more to be the whole point of the exercise. 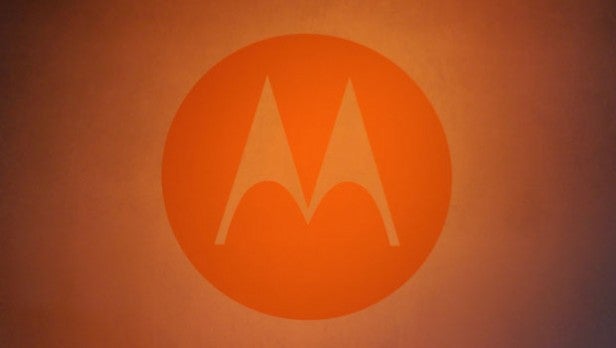 Google promised to continue running Motorola as a separate company and a licensee of Android – ostensibly in a bid to head off concern from the likes of Samsung and HTC. But it became apparent that Google wasn’t really interested in running its own hardware arm. Indeed, it continued to produce Nexus phones with other partners throughout its brief Motorola ownership.

Under Google, Motorola eventually turned out impressive phones like the Moto X and Moto G, but sales weren’t particularly impressive. After just two years, Google sold Motorola to Lenovo for $2.81 billion – a hefty loss on its $12.5 billion investment.

It might sound like Lenovo got a bargain there, but it’s recently emerged that Motorola is continuing to underperform for its new Chinese master. During Lenovo’s latest financial report, it admitted that “integration efforts did not meet expectations,” and that the Motorola brand had not been successful in boosting North American sales for the company.

Zynga makes and publishes casual mobile and web games, and is probably best known for FarmVille and Words With Friends. It rose to prominence at the turn of the decade on the back of a boom in Facebook and mobile gaming.

Having gone public in late 2011 with a meaty valuation of $8.9 billion, Zynga looked around to spend its newfound cash on the next big thing. The company believed it had found just that in OMGPop, the developer of a popular social mobile game called Draw Something. A $180 million takeover swiftly ensued in March of 2012.

The only trouble was, Draw Something was already peaking in terms of popularity. Add in the fact that OMGPop didn’t have any other product of the same magnitude in its portfolio, and that $180 million price soon looked rather ridiculous.

On June 3, 2013, Zynga CEO Marc Pincus announced that the company would be laying off 18 percent of its workforce, which seemed to include a lot of former OMGPop staff.

OMGPop’s website was shuttered in September of that year, and the entity that was OMGPop essentially ceased to exist within 18 months of its ill-advised acquisition.

This final story has a distinctly different flavour to the rest. Apple’s late-2009 acquisition of Lala only cost the company a mere $80 million, so this was no AOL or HP-like expensive folly – especially not for a company that has around $180 billion in cash sat in the bank.

No, what’s remarkable here is Apple’s seemingly cynical motivation for buying Lala, and its ruthless actions after the purchase.

Lala was an early pioneer of online music, well before Spotify came to prominence. Apple could clearly see the writing on the wall, and that Lala’s offering had the potential to eat into its then-dominant iTunes sales.

When Steve Jobs personally invited Lala founder Bill Nguyen round for dinner and offered around eight times as much for the company as some of its rivals had, it might have seemed like Apple was going to use Lala to stake an early claim in the fledgling music streaming business. 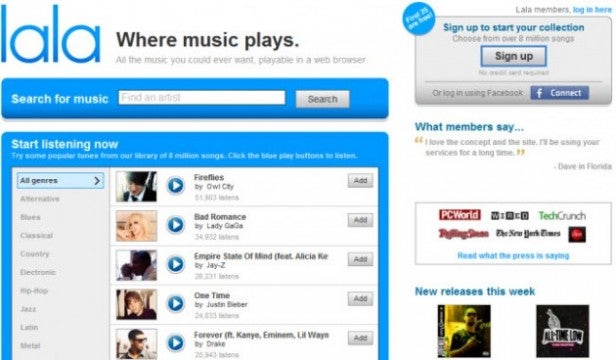 History has told us that this didn’t happen. Within months of the acquisition, Apple shut down the Lala service without warning or explanation. Those customers who had purchased online music through the Lala service would lose access to their files just a month later.

Apple offered only a token equivalent credit for the iTunes Store – which, at just 10 cents per song, really wasn’t much of a peace offering at all.

Of course, much of this would have been forgiven if Apple had used the bones of Lala to turn out a polished and improved Apple-branded equivalent, as many expected it would. But it didn’t. As we now know, it would take another five years for Apple to enter the streaming business with Apple Music, once Spotify and its ilk had essentially spelled the end of growth for traditional MP3 downloads.

VIDEO: What’s the no. 1 smartphone in the world?

The only possible hint of a sign that Lala’s technology and expertise was being put to use at all came through 2011’s iTunes Match. This was a new feature in the otherwise traditional iTunes experience that scanned your music library and converted your tracks to iTunes purchases. For a fee, of course.

It was a cool feature for the time, but it was a pale shadow of the service Apple had so cynically purchased and shut down – all, it seems, in the name of protecting its iTunes business.