OPINION: Nick Cowen explores how Turtle Rock Studios’ new shooter Evolve puts a premium on working as a team and how it’s not the first game to force player to work together

In most games, teamwork is something of a foreign concept. Even games that offer a co-op mode or team-based fragfests battle with getting players to work together. Too often, lone wolves spoil the mix, leaving their teammates in a jam as they help themselves to the best weapons and healthpacks.

Developers often have to stack the deck against players in order to make them work together. Turtle Rock Studios’ new five-person FPS Evolve is a terrific example of this craft, but it’s not alone in forcing players to work as a team. Here are some of the best games in which teamwork isn’t just a good idea it’s absolutely necessary for progression and in some cases, survival. 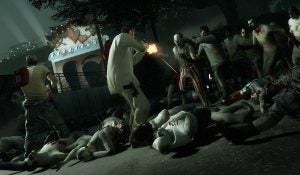 Left 4 Dead
Turtle Rock Studios laid down the co-op DNA for its latest shooter Evolve in this zombie apocalypse series it turned out for Valve. Players took on the role of one of four unfortunate sods abandoned by the last vestiges of society in the midst of an undead nightmare. Left 4 Dead’s central conceit – one that Turtle Rock has carried over into Evolve – was that of teamwork.

Lone wolves didn’t last long in Left 4 Dead; it wasn’t just that facing the zombie horde without your three compatriots was a quick way to turn into undead chow, if you didn’t play ball as part of a team, the other players would boot you from the lobby (or leave your game if you were the host). Players were forced to share health packs, adrenaline syringes and painkillers with each other because the moment one member of the team dropped out of the rotation, the whole team suffered.

If you didn’t cover the back of the strangers you were playing with, you died – it was that simple. Left 4 Dead was a shooter that forced players not to be dicks to each other. For that reason alone, it was ground-breaking. 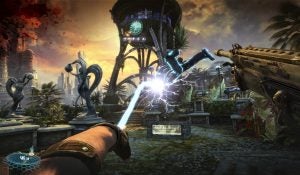 Bulletstorm
On the surface, Bulletstorm’s multiplayer seems like a massive free-for-all. Players charge around maps hurling lead into waves of enemies who become fiercer and better-armed at the start of each new round. Beneath its anarchic sheen, however, People Can Fly’s FPS demands that players work in consort with each other if they’re to progress.

Bulletstorm rewards players for stylishly offing their AI enemies. Anyone can put a bullet through the forehead of an oncoming enemy, but it takes a little more creativity to whip them up into the air and then fire a drill-bit through their stomach that sends them hurtling into the maw of a gigantic man-eating plant. Progression through the multiplayer depends on players hitting a score. Killing with style is the only way to advance to the next round and players who don’t keep this in mind remain trapped on the lower rungs of the multiplayer. 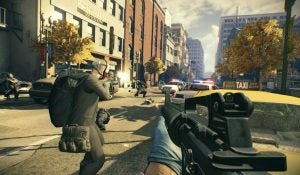 Pay Day
The Pay Day games, in which four players take on the role of a criminal crew hitting banks, nightclubs and shopping malls, reward players who pick it up early. In fact, it’s such an institution that if you come to it late, you may be unable to team up with three other players – the reason being that players level up their abilities after each mission and newbies just aren’t in the position to contribute when paired up with veterans. And that’s a real shame because played solo, Overkill Software’s co-op shooter is absolutely rubbish if you tackle it solo.

As a single player experience, the Pay Day games suck. The enemy AI is unforgiving and the friendly AI is about as much use as a chocolate fire-truck. Unless you play it with human allies, Pay Day turns very quickly into a war of attrition – as frustrating as it is unrewarding. If, however, you’re able to tackle their missions with some mates, the Pay Day games are some of the most fun you can have in shooter space.

Pay Day 2 has something in common with Evolve in that every member of the team has a specific role, ranging from Enforcer (heavy weapons) to Ghost (stealth) to Mastermind (crowd control). In Pay Day 2, knowing your role is as important as your ability to aim straight. 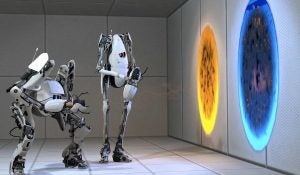 Portal 2
If you want to feel smarter, play Portal 2. Valve’s FPS puzzler is a marvel to experience since its difficulty level sits right on a knife-edge; it’s never too easy, but it also doesn’t throw the player any easy pitches. The corridors of Aperture Laboratories are filled with lethal droids, mind-bending hazards and tons of traps – and each section the player bests depends as much on their intuition as it does on their reflexes.

The co-op, too, is loads of fun to explore, but here teamwork is absolutely mandatory. The puzzle rooms facing the two droids piloted by the players can only be solved if the pair of them work in tandem. If one of the players turns out to be a douche, Portal 2 becomes a frustrating nightmare that’s ever so easy to rage quit. 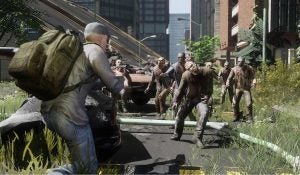 Here’s the deal; if you are able to survive long enough to become a worthwhile addition to a team of strangers, you have a chance of progressing. You and your sketchy allies will be less likely to turn on one another if you’re able to become a useful mammal. This means staying stocked up on ammo and supplies and, above all, staying in good shape. Becoming wounded makes you the weak one of the herd an in DayZ only the strong survive. 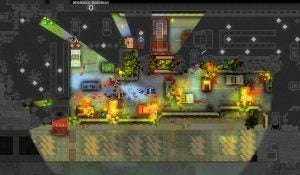 Monaco: What’s Yours Is Mine
If you were to imagine the Pay Day games as a top-down stealth puzzler, they would probably look a lot like Monaco: What’s Mine Is Mine.

Like Overkill Software’s heist shooter – and like Evolve – Monaco: What’s Yours Is Mine assigns players a specific role and then lets them go about the business of bagging swag. Characters like The Mole allow players to tunnel through walls while The Lookout can see every character in the map when they’re not moving – which, in a game that relies on line of sight, comes in quite handy.

You can play it all solo, of course, and unlike some co-op games, Monaco is as rewarding when you play it on your own as it is with a bunch of mates. But to truly appreciate this mash-up of Pac-Man and Thief, it’s worth rounding up some mates and getting stuck into to some high-level theft.