Apple’s annual developer’s conference was jam packed with new features for each of its three key pillars: iOS, Mac OS and watchOS. Much to the amusement and irritation of Google and Microsoft fans everywhere, a huge number of them were Apple knowingly catching up and downright copying long-held features of rivals.

My favourite was the side-by-side window snapping features, which has been a staple of Windows since Windows 7. Its smart split screen multitasking on iPad echoed Windows 8 and Samsung’s similar efforts on Android tablets, and the new Time Travel feature for Apple Watch is basically an Apple twist on the timeline feature from the Pebble Time.

Software boss, Craig Federighi, was in on the irony as he joked “Innovation!” knowingly several times. But what really struck me about Apple’s announcements were how many were designed to cut Google out of the Apple ecosystem.

iOS remains a hugely important audience for Google, but Apple is determined to prevent Google from accessing and making money from its audience. Here’s how.

Google does many things, but it makes its money from search. Android exists because Google wanted to keep people searching in the mobile era, and it continues to support iOS because iOS users are numerous and very valuable. Advertisers want to advertise to Apple users, so Google needs Apple users to keep using Google.

Apple doesn’t like that. It doesn’t want you to rely on Google to find information and doesn’t want Google making money from its users. It already plumped for Bing for search results in Siri and built Spotlight search into Safari, but now it’s made the killer move. 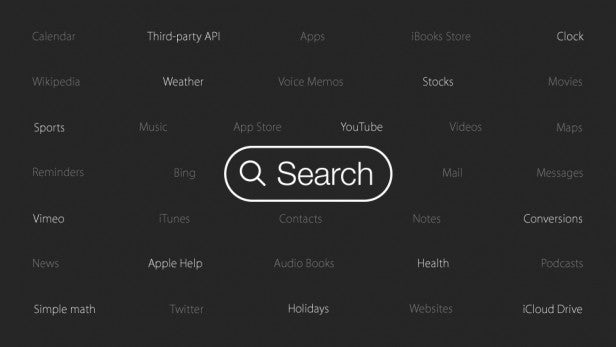 This makes perfect sense from a user perspective – why wouldn’t you want this? But, more importantly for Apple and Google, it means anyone who searches from the address bar in Safari will bypass Google entirely more often than not.

Expect a fresh push from Google to promote its Google app and Chrome browser app on iOS in the near future.

Is Apple really passionate about privacy like Tim Cook says? It’s hard to believe. It’s only become a hot button mainstream issue in the last year, and it’s only in the last year or so that Apple has spoken so seriously about. This is a tactical move by Apple, but it’s an effective one.

This slide from WWDC 2015 says everything you need to know about Apple’s pitch. It’s separating itself from the likes of Google and Facebook – it’s telling users that they’re not a product to be sold, but an anonymous customer who gets great service with no strings attached.

In a time when people are increasingly aware and suspicious of web companies, it’s a useful point of difference. It’s also a subtle way of implying Google is ‘up to no good’ even if the reality is more mundane.

3. Siri gets a Google Now-style makeover

Of course, that’s not to say Apple can’t pickup up some tricks from Google along the way. In tandem with the enhanced search features, Siri gets more information to use to make it smarter and more like the excellent Google Now. 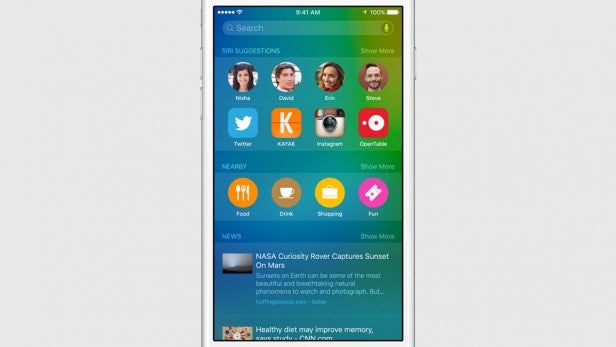 This development means Apple can begin to build a story around offering similar ‘intelligent’ responses that anticipate your needs without the privacy implications.  “It stays on your device, under your control,” said Federghi and they won’t mine your email for info, either.

That approach to privacy means Siri probably won’t anticipate your needs as quickly and clearly as Google Now, but it might be enough to stop user being tempted away by Google’s impressive machine learning.

Speaking of tempting people away, Apple made another important step toward fixing the biggest hole in iOS: Maps. Apple made a telling remark that people used Maps 3.5 times more than any other map app, but it was a defensive one because of the well-documented history of the Maps app.

SEE ALSO: Apple Pay in the UK: How does it work? 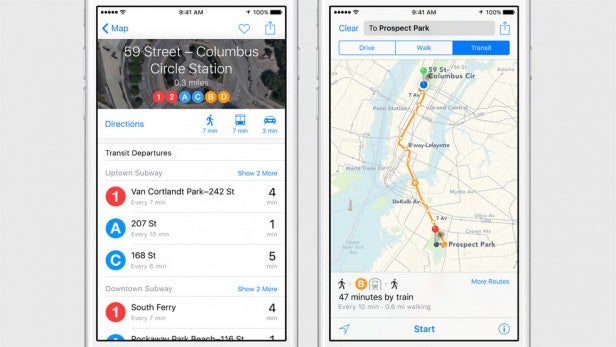 It’s a point that won’t have been lost on developers present given many of them have integrated Google Maps into their apps. But Apple took a long overdue step to completing its Maps repair job in finally adding transit directions.

While Apple has done a fine job repairing the original mess it made, its lack of transit directions made third-party alternatives like Google Maps and Citymapper essential. After nearly three years, Apple finally has the Maps app it should have launched in 2012.

Patience is a virtue.

Yes, Apple is making an Android app. There’s nothing particularly extraordinary about Apple Music at present, but the fact there will be an Android app is a huge deal. Apple is sending its own trojan horse right into the heart of Android. 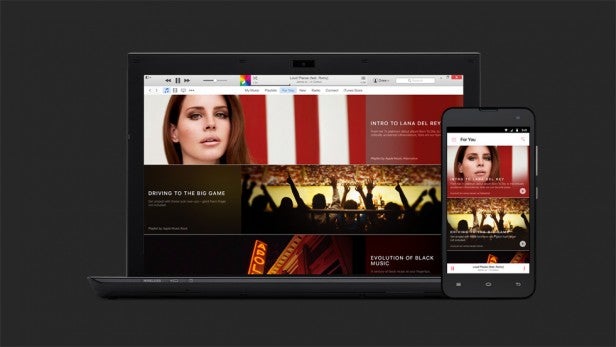 Will it work? Music streaming is a busy and competitive place, so it’s hard to believe Apple will gain a serious foothold on Android. But anyone who does become hooked on Apple Music will become a potential iOS and iPhone convert.

It’s the same strategy Google has employed on iOS with some success, but you can’t enjoy the whole Apple ecosystem on Android like you can Google on iOS. It’s a subtle difference, but it won’t be lost on the Google hierarchy and neither will Apple’s less subtle attacks.