Microsoft has a lot of hard work ahead…

If you’ve been keeping tabs on this year’s E3, then you’ve more than likely seen Microsoft’s incredible live presentation of HoloLens. These groundbreaking Augmented Reality glasses were given a real-world demonstration with arguably one of the biggest video games of the modern era – Minecraft – and this triggered cheers and rapturous applause from the assembled throng.

During the demo, the Minecraft world was projected onto a table and the demonstrator was able to interact with it like it was real. He could zoom in, scroll and execute voice commands – all while another person was playing via a Surface tablet. It was an incredible indication of the kind of applications that HoloLens could have within the sphere of gaming, and the reaction from the general public would suggest that Microsoft will have a receptive audience when it eventually releases the headset.

However, it’s worth keeping a skeptical outlook on things like this. We’ve been here before, and with Microsoft, too – this is the company that tried to get us to ditch controllers altogether with Kinect. While Microsoft’s next-gen camera sold millions and seemed poised to kickstart an interface revolution, it has since fallen from favour following some terrible software and inconsistent performance. Initially bundled with the Xbox One console as standard, Kinect 2.0 has since been removed from the bundle and faces an uncertain future, with no new games being shown off during E3 2015.

If Microsoft truly wants HoloLens to succeed, it has a lot of hard work ahead of it – here are the key points we think it needs to address to make it a smash hit.
http://www.youtube.com/watch?v=6yg6ljnASxw

One of the biggest bugbears we had with Kinect was that while it was impressive, it was wildly and frustratingly inconsistent. When it worked, it was great and offered a startling degree of accuracy. However, when it went south – which was more often than not – it totally ruined the experience.

Hand movements would be mistaken or missed entirely, causing you to fail in the game and destroy your faith in the interface – and as soon as that happened, there was no realistic way you could ever truly rely on Kinect. Add in issues to do with space – Kinect needed a pretty big living room to work properly – as well as lighting concerns (too much and Kinect can’t see you, too little and Kinect can’t see you), and it’s easy to see why consumers and developers have swiftly chosen to forget that Microsoft’s much-hyped camera ever existed.

HoloLens absolutely has to avoid this pitfall. It needs to work 100 per cent of the time, because all it takes in a few missed gestures to break the immersion and cause considerable unhappiness on behalf of the player. Once that happens, few gamers will give it the time of day. 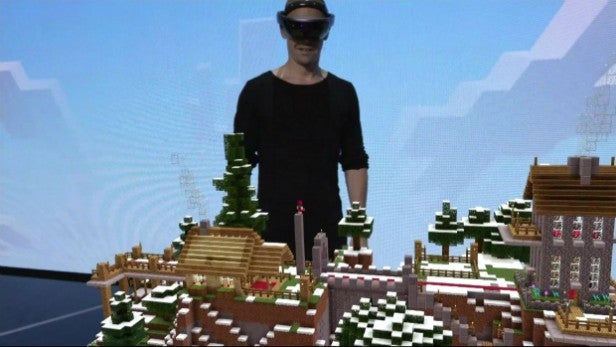 2) Tactile feedback is a must

HoloLens seems to have nailed the whole Augmented Reality side of things; the demo given at E3 was pretty much flawless, with an entire level from Minecraft being rendered on a table with no glitches or problems. However, seeing is just one thing – for this to feel truly real, we need to be able to interact with it beyond voice controls and vague gestures.

That creates another hurdle, as the visuals created by the glasses obviously can’t offer tactile feedback to the play. Reach out and touch an object and your hand will pass right through it – obviously – and that breaks the immersion.

Some kind of glove could solve this problem, to a degree. Vibrating motors could inform you when you’re touching an object, and while it wouldn’t offer the same feel as actually picking up something in the real world, it would be better than nothing. 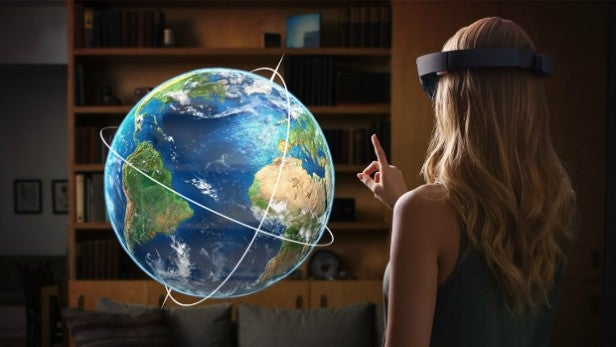 3) Improve the field of view

Those who have had the opportunity to use HoloLens at E3 have come away impressed, but there seems to be one glaring limitation – the actual field of view in which HoloLens provides is quite narrow, and certainly not as wide as natural human vision. That means that objects only appear in the middle of the glasses and not in your peripheral vision.

This requires lot of slight head movements to keep things in view, and doesn’t feel natural – we’re used to “seeing” or picking up information even on the fringes of our sight. Seeing things appear and then vanish simply because they’re not dead-centre in your vision is as jarring in reality as it sounds on paper.

Microsoft has already admitted that this side of things is unlikely to improve before release, so perhaps this is something that might have to wait until the almost inevitable HoloLens 2.0. 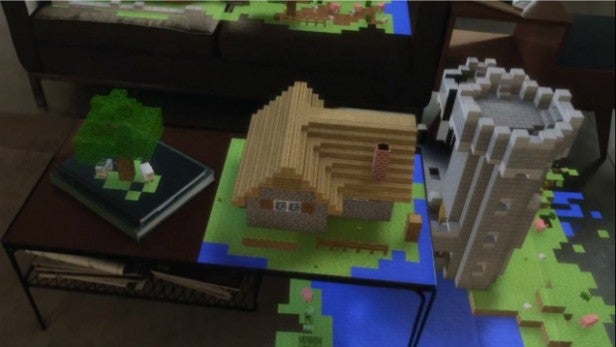 You might assume that HoloLens + Minecraft is a license to print money, but from what we’ve seen the headset offers a complimentary gaming experience rather than a totally new way to play. You can work with another player to guide them to various interesting points in the world, and even lift up the map to see secrets hidden below, but you can’t actually “play” Minecraft – at least not in the demo shown during E3. That makes HoloLens a significantly harder sell, even for Minecraft addicts and Microsoft die-hards.

HoloLens, therefore, needs an experience which has been coded solely with the headset in mind and uses its capabilities to the full. Remember how Wii Sports seemed to be the perfect killer app for Nintendo’s odd-looking Wii Remote? HoloLens needs its own Wii Sports if it’s going to convince people of its gaming worth. 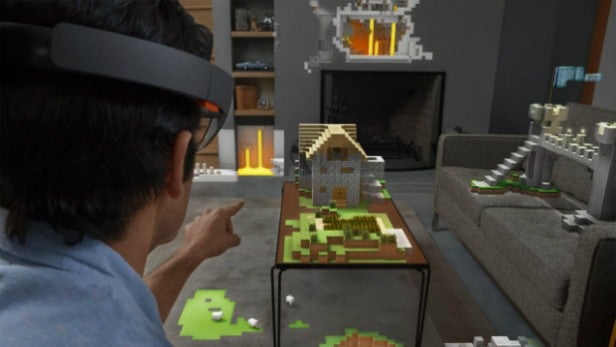 It’s vital to remember that HoloLens isn’t just a gaming controller – in fact, it was never intended as such, and its inclusion in Microsoft’s E3 presentation was little more than a bit of showing off.

HoloLens has a dazzling number of applications in a wide array of different disciplines; you could view a work presentation without actually being there, watch a movie on your own personal screen or practice an operation if you’re training to be a surgeon. This could well be HoloLens’ best chance of achieving mainstream success, rather like Apple has done with its iPad. The iPad is indispensable because it does so many different things – gaming being just one – and the same could be true of Microsoft’s tech.