Last month the news broke that Activision is planning to unveil a brand new Guitar Hero game for the Xbox One and PS4 at E3. Amidst the publisher refusing to be drawn on whether Guitar Hero was indeed being revived and the gaming media deciding that it was anyway, one or two naysayers piped up and opined that the idea of resurrecting the franchise was stupid. Why on earth would Activision do this? It’s not like the world was clamouring for more plastic instruments to stuff in the loft.

However, we happen to be quite excited about the idea of Guitar Hero making a comeback, provided the developers follow a couple of tips to ensure its longevity – and fans don’t feel completely ripped off.

Okay, Activision, this may be tough to hear, but we’re going to have to throw it out there anyway: release one game. Just the one – for now, if need be – and then rely on killer DLC to keep players hooked. The fact is that your earlier practice of churning out a Guitar Hero game on an annual basis didn’t work for several reasons, but one of those was because players had barely enough time to master the tracks on one iteration before you tried cramming another one down their collective throat.

Given the gargantuan hard drive space of new gen and given the fact that no one wants to fork over full asking price on an annual basis for a new set of songs – with precious little innovation to justify the cost of purchase – it might be an idea to bank Guitar Hero’s future on DLC. Bungie’s taken that view for the time being with Destiny, so it’s not exactly a new concept. That way, fans could have a new setlist to jam to in their living room without the need to trundle home with less money in their wallets and a new plastic instrument that’ll likely gather dust in a few months. And since we’re on the topic… 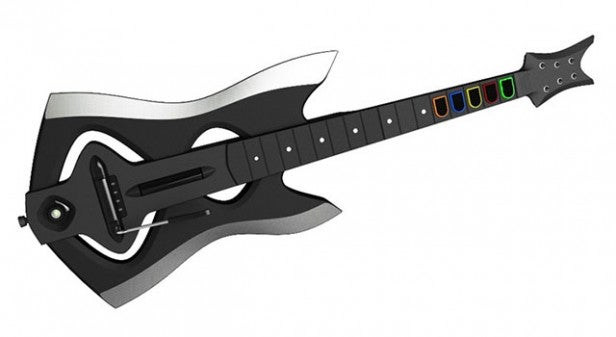 2) We have enough plastic instruments

We have a guitar. In fact, we have two guitars. We have a drum-kit. We have a microphone. We even have a turntable that could only be used with one game. (Thank you, by the way, for not incorporating DJ Hero’s peripheral into any Nu Metal tracks. We would’ve hated ourselves in the morning). They’re all very nice and everything, but we don’t need anymore. We’d ask if you could make some of them backwards compatible, but we know there’s a not snowball’s chance in hell of that happening.

So give us a break, Activision. Release just one set of instruments. Oh sure, there’ll be someone somewhere who’ll want to play a plastic peripheral shaped like an axe – and in all honesty, we wouldn’t say no to a guitar shaped like any of Prince’s stage instruments – but for most of us, one set of peripherals is enough.

Say it with us, Activision. One set to bind them all… 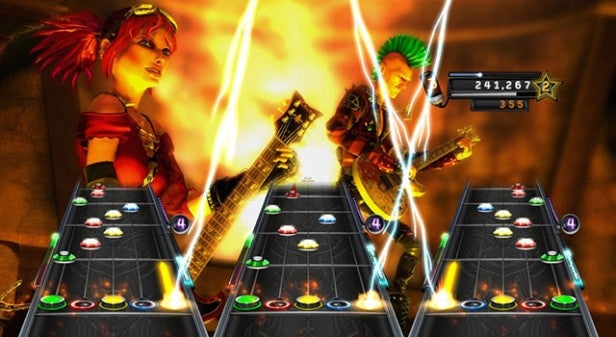 There’s one thing about Guitar Hero that we didn’t like; the fact that no matter how much time and effort we put into it, it never gave us any skills in the real world. Oh we could impress a living room of drunken mates with our ability to blaze through ‘Dead’ by My Chemical Romance on expert level but once the GH peripheral was packed away we were still no closer to realising our rock star dreams – or mid-life crisis.

Both EA’s Rock Band and Ubisoft’s Rocksmith changed this. The former took a few years to get going, but by the time Rock Band 3 hit the market, players could shell out for Pro Peripherals that actually helped teach them chord structures and timing, allowing them to gain some insight into what it actually took to play real instruments. The latter took things a step further; players could plug in pretty much any electric guitar and learn to shred. In both instances, players were learning how to play the songs they were nodding along to in their living rooms.

This wasn’t the case with Guitar Hero and to ensure the reboot’s longevity, it at least needs to give players a push towards learning something new. 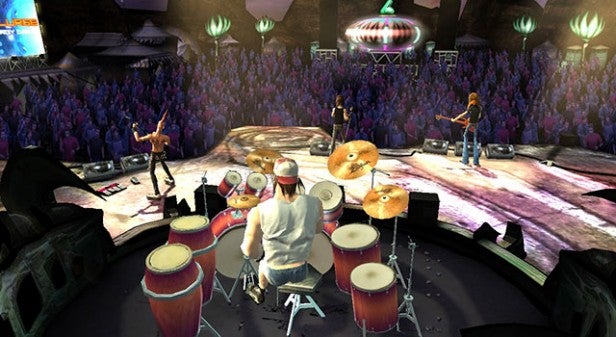 4) Let us be creative

Jamming along to a series of tunes is all well and good, but in order for players to really invest in a game, we have to feel like we’re doing more than just copying a series of instructions. With that in mind, it would be a pretty good idea for any new Guitar Hero game (and, while we’re on the topic, Rock Band game) to expand on the musical creation suites that the last gen saw. The ability to write and perform our own songs using the game’s peripherals would be awesome. A set of creation tools for making videos would be a good idea too. And if the facility existed to share our creations with our friends on social networks and YouTube, we could impress – or torment – our friends with our audio and visual masterpieces. 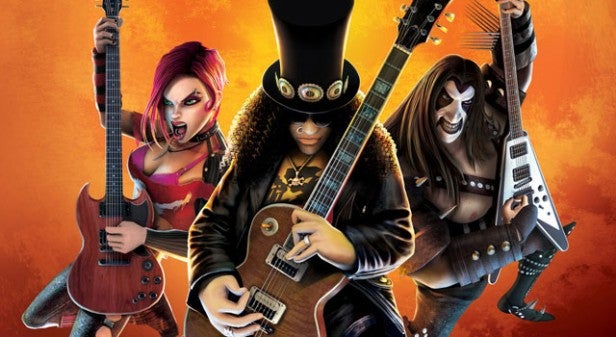 Guitar Hero has always been a party game and the more players it adds to the mix the more fun they have. Once it hopped from the PS2 onto the last gen consoles, over a couple of iterations it offered players the ability to form bands with their online friends. (If you had a lousy connection, your band didn’t last long, but it was a good idea, nonetheless).

On new generation, Activision has the opportunity to go widescreen with its online ambitions. Forget simply jamming long distance; why not add in competitions, band battles with DLC, cash or bling prizes as rewards and incentives for the game’s community to contribute to ever-rising stock content in the form of videos, recordings and performances? Sure, it’s probably never going to crack the eSports market, but Guitar Hero could contain the potential to draw players in their droves, if they’re properly motivated, that is.