A phone for the ages?

The Samsung Galaxy S5 is the big tech news of the moment. It could well be this year’s biggest-selling non-Apple phone, and it’ll be on shelves within a month.

However, there are a few reasons why you should hold off spending £550, or £40 a month, on Samsung’s new phone. Here are the top five arguments for skipping this upgrade.

Before the Samsung Galaxy S5 was announced, we half-expected it to have a 2k-resolution screen. Pointless or not, we still think that 2K-res phones will appear this year, but the Galaxy S5 is not one of them.

It uses a 1080p screen – the same resolution as the Galaxy S4. The core Super AMOLED panel technology is the same too. Samsung has made improvements to the calibration of the screen (which affects colour, contrast and so on), but specs-wise, it’s near-identical to its predecessor.

The size of the display hasn’t changed much either. It’s a 5.1-inch screen, up from 4.99 inches in the Galaxy S4. What we’re seeing is phone makers realising that mainstream phones can only get so big before their size becomes a practical pain in the backside. The Galaxy S5 needs to appeal to the masses, where the larger Galaxy Note 3 and Galaxy Mega 6.3 were always intended to be slightly niche devices (although the Note series has managed to become a smash hit regardless).

We’ve reached a bit of an impasse with screens. Not only will improvements have less of a noticeable effect, major hardware changes are taking a bit longer to arrive too.

In the last three generations of phones, each has seen a big leap in screen tech. This is missing in the Galaxy S5.

Processor improvements have slowed down 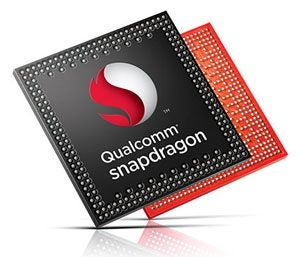 The same can be said of the processor – the Snapdragon 801. At present adding more power to a phone is, at least arguably, overkill and the Galaxy S5 has arrived too early to benefit from this year’s ‘proper’ generational leap in mobile phone CPUs.

The Snapdragon 801 is a bit of a stop-gap upgrade between the Snapdragon 800 and Snapdragon 805. It’s not too far from the truth to call it a revved-up version of the processor we saw last year in the LG G2.

Much like the screen, there are improvements, but you may not notice them all that much. Looking back, the leap from Galaxy S3 to Galaxy S4 was actually a massive improvement by comparison – much as we complained that phone was not enough of an upgrade. How ungrateful we were…

Most of the extra hardware offers niche appeal only

As there have been only slight improvements to the core aspects of screen and processor tech, Samsung has had to resort to including a load of ‘extras’.

The most conspicuous of the lot is the heart rate monitor, which sits by the camera lens on the back. It would be uncharitable to call it a gimmick, but it is heading in that direction. Its positioning means it’s not really much use to monitor your heart rate while you’re out running (the main function of a heart rate monitor), and other ‘normal’ phones can have a pretty good stab at the same sort of technology through apps.

Heart rate monitor apps for iPhones and Androids use the camera flash LED and the camera sensor to calculate your heart rate. It sounds like the same sort of nonsense app that might X-ray your body or tell you your future, but it does actually work.

The fingerprint scanner is another novel addition, but it simply doesn’t feel as convenient or quick as the iPhone’s TouchID sensor. And what use is a not-that-convenient convenience feature?

Galaxy S4, HTC One and LG G2 all available at great prices

The idea that the Galaxy S5 relies on a series of non-essential extras to justify its existence makes us look back to some of last year’s models and ask – is the new one really worth the extra?

A natural chipping-away at prices has seen last year’s flagships come down to really quite sensible levels, even before the new models are out. You can get the Galaxy S4, HTC One and LG G2 for under £350 – that’s a good £200-odd cheaper than the Galaxy S5.

It’s the LG G2 that you should really look at here too, if you want a bargain. LG’s relatively weak position in the mobile phone brand stakes mean it had to price its flagship very aggressively – you can buy one for just £300. Its processor isn’t light years behind the Galaxy S5s: it uses a Snapdragon 800, and its screen is larger.

Is it a better phone? Not necessarily, but it is a whole lot cheaper.

It’s natural to assume that something new is better than that which it follows. However, the Galaxy S5 really challenges this.

Samsung has adopted the ridged plastic chrome sides of the Galaxy Note 3, and created a new, very odd style of rear for the Galaxy S5. Maybe it just hasn’t clicked with me yet. Maybe I just don’t appreciate style. Either way, I don’t get it.

Are you thinking about buying a Galaxy S5? Let us know what attracts you to the phone in the comments

Next, read our Galaxy S5 vs Galaxy S4 comparison