Nokia will make an Android phone. On the surface it is baffling, but as leak after leak emerges the seemingly unthinkable looks set to happen. Nokia, which a) has a long-standing agreement with Microsoft to make Windows Phone smartphones, and b) has agreed to sell its handset division to Microsoft, will get in bed with Google it seems. It doesn’t add up.

Or does it? We look for reasons why something so illogical might actually make sense.

By far the biggest reason for Nokia to make this move is Microsoft’s interest in emerging markets. Scalable as Windows Phone is, it doesn’t scale as far as Android and licensing costs are prohibitive. This is a problem because the backbone of the Nokia division Microsoft is buying is not Lumia, but Asha, which runs on the ‘Nokia Asha platform’ – a hybrid of Symbian S40 and Smarterphone.

How big is this backbone? Nokia doesn’t explicitly break it down, but industry estimates are that roughly 200m of Nokia’s 250m handset sales per year are Asha phones. Worse still Asha sales are declining as the market gets eaten into by Android. This will only increase as the Asha platform lacks Android’s app infrastructure and cheap phones are getting ever more powerful to take better advantage of it.

If Microsoft doesn’t act fast it risks losing the incredible scale of efficiency this division brings to all Nokia hardware. Images released from @evleaks of the so-called ‘Normandy’ (below) suggest in okaying the move Microsoft has got Nokia to adopt the approach Amazon has taken to Android: namely obliterating any sign it exists underneath. Expect any Nokia Android phone to share as much DNA as possible with Windows Phone as Microsoft works on damage control. 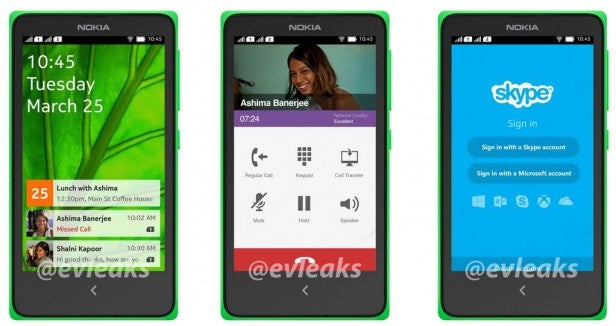 While we remain doubtful any Nokia Android phone will come with the Google Play store to line Google’s pockets, Android’s exhaustive library of apps is another potential draw for Microsoft. Or mostly importantly: compatibility with them.

Much in the way Blackberry OS, Tizen, Sailfish OS and others have looked to bolster their own flagging app support with Android app compatibility, taking the same route would also have benefits to both Windows Phone and (in particular) Windows 8 and Windows RT. While we have long urged Microsoft to cull Windows RT, if the company is going to persist (rather than replace it with Windows Phone) then bulking up options via Android app compatibility looks a necessary evil.

‘Know your enemy’ is a well worn phrase, but Microsoft could do worse than use Nokia to better exploit its nemesis. After all, while Google has gained greatly from launching apps on iOS (most famously Google Maps) and integrating ever more of Chrome OS into Windows, Microsoft has made less Machiavellian moves against either platform with its own offerings.

By contrast, developing budget Android handsets would get Microsoft up to speed with all elements of the OS and how best to deal with it. One route could be migration software to make it easy for users to switch from Android to Windows Phone. Under Google’s watch Motorola produced ‘Migrate’, which similarly helped swap iPhone users to its Moto range.

It is widely accepted that the future is mobile and if Microsoft’s Windows Phone mission fails it still cannot afford to leave the sector. Aside from the cost and impracticality of starting with yet another new platform, the only logical route would be Android.

As such, quietly producing Nokia Android handsets in emerging markets not only provides Microsoft with the benefits listed above, but it also gives the company an escape route if it all goes pear-shaped. For Microsoft not to have its own mobile OS seems unthinkable, but the rise of Samsung shows it isn’t a glass ceiling on tech success. 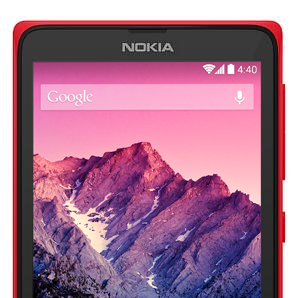 5. It is about Nokia, not Microsoft

The fifth reason is something few have considered: it isn’t anything to do with Microsoft.

Rumour suggests work on the Normandy handset began before Nokia agreed terms on its handset division sale to Microsoft and it could well be an option for the Finns if they want to continue in the smartphone business. This becomes even more intriguing when looking at the terms of sale: Nokia can sell handsets again under its own brand as early as 2015 and it can sell phones under a different brand immediately.

Of course the barriers remain high. Nokia will have to start from scratch. The Microsoft deal will see all its phone experts leave the company and its manufacturing deals change hands. Then again, on paper entry to the handset market has never been easier. These days manufacturing is outsourced to Taiwanese giants like Foxconn and Pegatron, with hardware and software design done in-house.

If Nokia was to hit the ground running in 2015 it will need experience with a popular, mass market platform so where better to start experimenting than a low cost handset running Android? The message it would also send to reviled ex-CEO Stephen Elop would be an added bonus.

While plausible, none of these options really satisfy. For emerging markets Microsoft’s resources would surely be better spent working on making Windows Phone as efficient as Android 4.4 KitKat. Instead of Android app compatibility, Windows 8 should become 100 per cent compatible with Windows Phone apps then Microsoft can leverage both platforms to drive developer support. Meanwhile you don’t need to release an Android phone just to make some Machiavellian apps and migration tools.

As for the backup plan, it looks defeatist and surely won’t inspire confidence in the long term future of Windows Phone – regardless of whether Nokia or Microsoft are fully behind it. Finally, what is left of Nokia after the sale will essentially be a networking and mapping business. For it to go back into handsets from there will be a huge risk and come at massive expense for a company that will only get back in the black when the sale goes through.

Consequently, while we can think of five reasons driving a Nokia Android phone, to us it still makes little sense overall.

Next, check out our round-up of the best mobile phones