We all get angry, but sometimes it’s for the right reasons

If Bungie’s bungling of the Taken Kind expansion pack has shown anything, it’s that relations between players and developers can turn on a dime. When news emerged that Bungie was going to charge players the same price for Destiny’s expansion as the base game – and withhold its exclusive content unless veterans ponied up the dough – the fanbase wasn’t impressed.

When Bungie’s Luke Smith delivered a sardonic interview to Eurogamer, their anger levels raised considerably. Bungie has since backed down and revised its position, but you have to wonder if there has been some love permanently lost there.

Gamer rage is almost an accepted factor in the gaming industry. The practice of fans flaming devs and each other occurs almost daily – and a lot of it isn’t justified.

However, every so often a raging player mob has a genuine grievance and its ability to affect a publisher or developer is a marvel to behold. 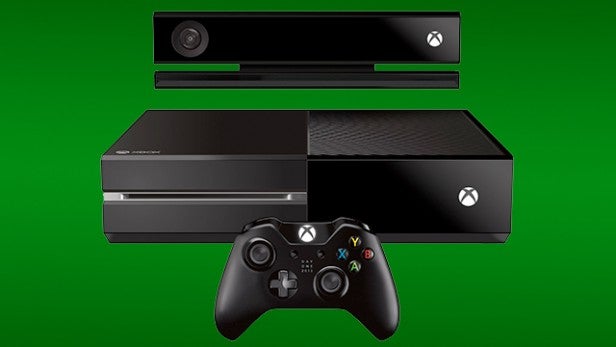 Anyone who remembers E3 2013 will recall that it was a pretty tough year for Microsoft. Its initial unveiling of the Xbox One in Redmond a few weeks earlier had garnered a tidal wave of complaints from gamers – mainly because the presentation wasn’t all that game focused.

That ire, however, paled into insignificance next to the reaction Xbox One received at E3 2013 when Microsoft revealed that not only would the Xbox One cost more than the PS4, but it was going to have to check in with the Internet once day otherwise you wouldn’t be able to play games on it. Toss in a couple of restrictive polices about sharing games – which were about as clear as mud – and you had everything in place for a full scale riot from core gamers, who were the people most likely to buy it thanks to its prohibitively high price.

The fires were further stoked by Sony’s E3 keynote that year, which revealed that Sony’s PS4 would have none of Microsoft’s restrictive policies and was quite a bit cheaper. In the face of a full-scale rebellion, Microsoft back-tracked over a series of months, removing restrictions and, eventually, releasing a cheaper, Kinect-less Xbox One.

And you have to ask, would it have happened if gamers hadn’t made their feelings known? 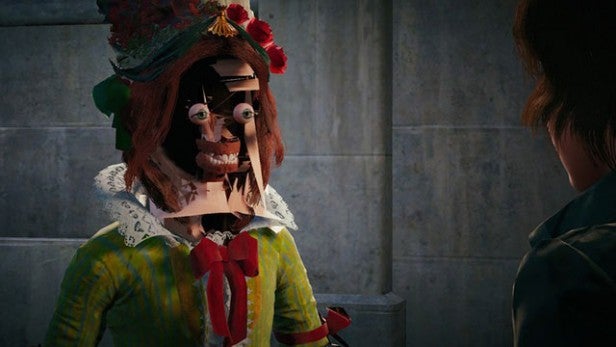 2) Assassin’s Creed: Unity has more bugs than an ant-farm

Assassin’s Creed: Unity was facing gamer rage before it even launched due to an announcement that the game would be locked at 900p/30fps across all platforms. PS4 players were outraged and went online to vent their spleen at Ubisoft’s decision to downgrade the game on their platform. As it turned out, that would the least of their complaints.

When Assassin’s Creed: Unity saw release, forums and social media practically glowed with complaints about the game being in no ready state to play. Bugs ranged from ropey physics to sporadic crashes to textures that didn’t load properly – making the hero look like some nightmare version of a bobblehead. Ubisoft held its hands up in a forum post and got to work on fixing it. They also apologized by offering the game’s first DLC for no charge. 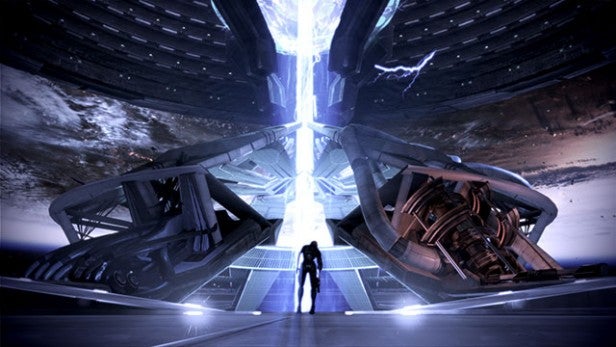 The Mass Effect series is easily one of the best RPGs ever released on the last generation of consoles. Mixing Third-Person-Tactical-Shooting with a space opera storyline worthy of the best sci-fi movies, Mass Effect saw players guide Commander Shepherd through gunfights, verbal battles and the odd romantic tryst.

Boasting some of the best writing in games, Mass Effect went from strength to strength with every iteration becoming more hotly anticipated than the last. Players couldn’t wait to see the final resolution in Shepherd’s battle against The Reavers – a sentient race of starships bent on ending organic life in the universe.

And then Mass Effect 3 came out and they saw that resolution. And then they went apeshit.

Admittedly, Mass Effect 3’s ending when it was originally shipped wasn’t very good. In fact, it was bloody awful. We won’t reveal it here – it’s too painful and besides, it’s probably somewhere on YouTube – but it left us with our jaws hanging open and, judging by the fanbase’s reaction, we weren’t alone. Alongside venting their ire in forums and social media sites, the faithful actually started an online campaign demanding that BioWare change the ending of the game – or at least retcon it so they could carry on playing after the main credits, as they were allowed to do in the previous Mass Effect titles.

The main gripe was that hardly any of the decisions players had made throughout all three of the Mass Effect games mattered a toss in the final denouement – which was more than just a slap in the face. BioWare eventually apologized and added an extended cinematic that attempted to explain the ending better, but by then the damage was done. Still, something’s better than nothing, no? And we’re still looking forward to Mass Effect: Andromeda.

See also: Everything you need to know about Mass Effect Andromeda 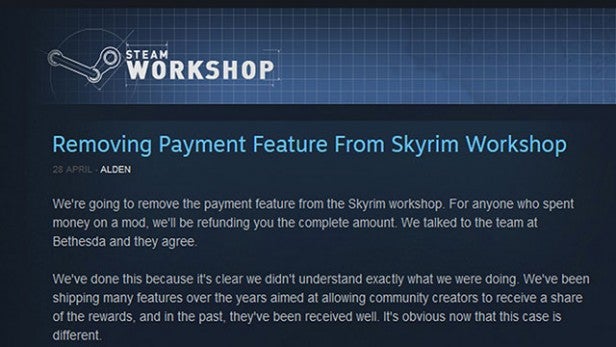 4) Steam wants you to pay for your mods

PC modding is an integral part of the PC gaming community. Whenever a PC game is released, there’s a small army of modders lining up to tinker with it (just check out the fun they’ve been having with GTA V, recently: https://www.trustedreviews.com/opinions/best-gta-5-mods). It’s always been understood in this community that mods are free – mainly because they exist in that grey area where your tinkering with code that isn’t yours.

So when Valve announced that it was planning to charge players for mods in Elder Scrolls V: Skyrim, the Steam community went ballistic.  It wasn’t just that they objected to the very notion of pricing mods. It was also the fact that modders got 25 per cent of the take and you didn’t see a cent of that until your mod had made $100. Furthermore Valve wasn’t offering any support for the mods, so if a mod did something to damage your PC, your only option was to contact the person who’d made it and kindly ask them to fix it.

After a ton of emails – we’re imagining not all of them were polite – Valve did an about turn, although we may not have seen the last of paid mods altogether. 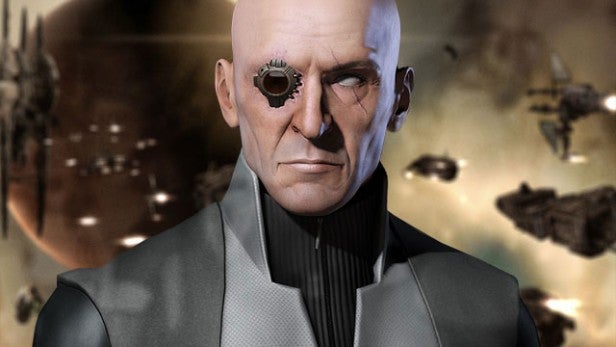 If you’ve ever played EVE: Online you’ll know that its collection of players are probably the spikiest community in gaming. Most gamers stick to tea-bagging, flaming or ganking their opponents. EVE: Online players are quite meta; there have been stories of them sending one another photographs of each others houses and attempting to knock their opponents’ online connections out ahead of planned massive space battles. Costs for failure are high in EVE – the fleet wars that occasionally make the news on the BBC rack of hundreds of thousands of dollars in real-world damage.

All of makes the EVE community sound like the last group of players a developer would want to mess with. Bearing that in mind, CCP’s attempt to gouge money out its games players with cosmetic baubles sounds quite foolish, to say the least.

The trouble started when CCP released the Incarna expansion, which included a ton of micro-transactions. That doesn’t sound too far off base for most MMOs, but in the Incarna pack the transactions were for cosmetic items for player avatars, which other players hardly ever see. One item – a monocle – was being priced at around £47 while some shirts for avatars cost more than their real-world counterparts.

Players got hold of documents detailing these changes ahead of the expansion’s launch through a leak – possibly from a disgruntled developer. EVE: Online’s forums exploded with ire, which initially went largely ignored at CCP HQ. Once it was plain the developer was indifferent to their outrage, EVE’s players took things up a notch.

During what became known as the Jita Riots, a ton of EVE: Online players pulled out of hyperspace, surrounded the Jita monument and proceeded to empty their weapons into it. For ages, they simply poured ammunition into the monument and then, when they’d run out, a large chunk of them cancelled their subscriptions to the game. CCP wisely saw the errors they committed and moved to repair them.