Apple used to be the master of secrecy. Both the original iPhone and iPad launched without any leaks whatsoever, but those days are long gone.

Since a prototype iPhone 4 was famously left in a bar every upcoming Apple device has leaked far in advance of its official announcement. With this in mind the flood of leaks surrounding the iPhone 6 (the ninth iPhone thanks to GS, S and C variants) say the range’s first major screen size jump is a nailed-on certainty.

To a lesser extent we have been here before. The iPhone 5 bumped the 3.5-inch screen used by every previous iPhone to four inches. It was actually a big deal: aspect ratio and resolution shifts and a great deal of advertising promising the handset could still be used one-handed. But with the leaks placing the iPhone 6 screen at a minimum of 4.7 inches there will be far more upheaval this time and the fact one handed use can no longer be guaranteed for all users is just the tip of the iceberg.

So if Apple is to ace the iPhone’s transition to the ‘big’ time it is going to have to address these five key factors: 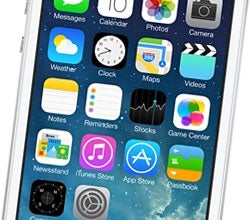 While they may draw disparaging glances from big screen Android and Windows Phone handset owners, if you own an iPhone chances are you like its comparatively titchy screen. You will be well versed in batting off abuse from friends and colleagues too with (perfectly logical) gems like:

For the committed iPhone owner, buying an iPhone 6 will mean having to swallow your pride, admit your scornful colleagues were indeed purveyors of the future while you were stuck in the past and that Apple was not at the forefront of this technological evolution. As such Apple’s first major challenge is convincing diehards the switch is a good idea in the first place and they shouldn’t belligerently hold onto their smaller iPhones, form pressure groups and sign petitions until the end of time.

2. iPhone 6 Needs to be Ready For One-Handed Use 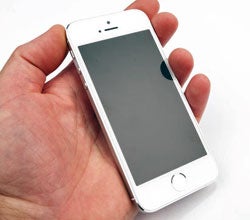 Key to solving problem one will be ensuring it solves problem two: the iPhone 6 must be useable one handed. Apple actually has a major opportunity here. Samsung has been somewhat cack-handed in trying to address this with its Note phone-tablet hybrids and many ideas – including the option not to expand the display to the full edges of the screen – are rubbish.

But there have also been some good ones and Apple must choose where to imitate and where to innovate. Wise choices would be to follow Swiftkey’s ‘compact’ keyboard and to finally hop aboard the swipe typing revolution, which makes one finger typing ridiculously fast.

A major problem is iOS – it has long housed its back button in the top left corner of the screen. For most users that becomes very hard to reach on 4.5-inch screens and above. Surely copying Android and Windows Phone by placing a dedicated back button beside the home button would be too much of a bitter pill to swallow on top of the screen bump so crowbarring it into another part of the UI must be done. 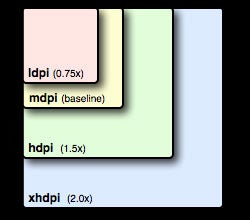 For years Android rightly faced a lot of flak for the inability of its apps to scale properly to the multitude of different mobile and tablet resolutions available. Apple avoided much of this, having only had three different iPhone resolutions over six years, but each time it has switched, users have had to put up with clumsy ‘zoom in’ scaling while waiting for developers to painstakingly update their apps.

The problem now for Apple is in the two years since the last iPhone resolution change Android adoption has exploded. App availability now largely matches iOS and they scale to all manner of aspect ratios and resolutions. If Apple asks users to swallow the leap to a large screen iPhone it mustn’t also make it look like it has thrown its precious app catalogue back into the dark ages.

4. Switching to Flagship Rivals Will Suddenly Be Much Easier 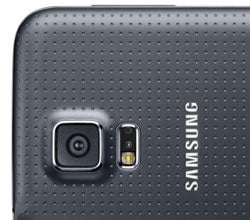 Laying my cards on the table, I switched to a ‘big screen phone’ in early 2013, dumping my fifth successive iPhone for a Nexus 4. I wrote about the transition at the time and while jumping OSs required some effort, the biggest learning curve was transitioning to a big screen.

It isn’t merely the jump from easy one-handed use to ‘just about’ one-handed use, but you need entirely new muscle memory. How you hold bigger and wider (though not necessarily thicker) phones is initially as strange as the greater finger stretching when you reach around the screen.

As that article concludes, the transition was worth it. The benefits of a bigger phone screen are as obvious as the downsides and the fact Apple is 99.9 per cent certain to ‘go big’ as well shows the positives do beat the negatives. But here’s the thing: switching from an iPhone 4S/5S to a Samsung Galaxy S5, HTC One M8 or Nexus 5 is hard. Switching between those Android phones is not. Once you’ve made the jump the floor opens up.

As such if Apple doesn’t handle the size transition well, all it is doing is training iPhone die-hards to use big screens and open their eyes to rivals they may not have previously entertained. Android and Windows Phone have made the leap already and the user experience works brilliantly. Suddenly if iOS isn’t matching, if not beating, the large screen experience available on these handsets, there’s little point in users continuing to stomach the price premiums and restrictions of proprietary technology. 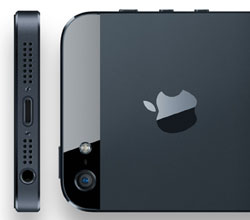 Looking at all these points the obvious argument to make is Apple shouldn’t throw all its eggs in one basket and neither is it likely to try. Keeping the iPhone 5S as the ‘budget’ handset come the iPhone 6 would be smart and it would be marketing suicide if suddenly the only way to get a smaller phone was a Nokia Lumia or HTC/Sony/Samsung One/Z2/S5 Mini. Rivals would laugh their way to the bank.

At the same time keeping one foot in the past doesn’t make the step up a beta trial. Sales have shown there is a huge market for big screen phones and Apple clearly wants a piece of it. If the company gets it right – and the track record suggests it should – rivals will no longer have a free run at the substantial number of users who won’t entertain smaller handsets anymore.

But get it wrong and the iPhone 6 will offer every disgruntled owner a gateway device to the big flagship phones on every rival platform. No pressure.

Next, read our iOS 7 tips and tricks round-up