The thing is, while last year’s flagship phone undoubtedly disappointed in a variety of ways, it was a supremely well-specced device.

Indeed, while the bleeding-edge Galaxy S6 might seem pretty advanced, it actually drops a number of features from its forebear…

1. Waterproof design
The reason the Samsung Galaxy S5 attracted the kind of subtle, creeping antipathy that saw it reviewing strongly but suffering over the long term was its conservative design.

Place the Galaxy S5 next to the Galaxy S4, and it’s tough to tell which is the newer phone. Place it next to one of its contemporaries, like the HTC One M8 or the iPhone 5S, and it looks like a mid-ranger.

But the thing is, the aspects that made the Galaxy S5 so prosaic – its solid plastic components – are precisely what made it so robust. The Galaxy S5’s IP67 rating meant that you could take it in the shower with you, drop it in the toilet, take it for a dip in the pool, and generally subject it to the kind of abuse you’d reserve for a GoPro action cam.

Try that with your expensive new Galaxy S6, and the odds are you’ll either be shopping for a new phone or sheepishly ringing up the insurance company. 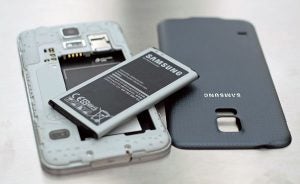 2. Removable back
Another result of the Samsung Galaxy S6’s more premium design is that you can no longer take its back off. This is a first for a Galaxy S device, and it’s caused a bit of a stink among the die-hards.

Why is that such a big deal? Because a removable back in the Galaxy S5 meant a removable battery, which was a very handy feature to have for frequent travellers.

Of course, these days, those who have absolutely no access to a wall socket for a whole day or more make up an ever-shrinking minority. Meanwhile, the Galaxy S6’s fast-charge capabilities go some way to addressing the issue in a more elegant way, while its impressive wireless charging support has one eye on a future of Qi-equipped coffee shops and wireless charging Scandinavian furniture.

But the simple fact that you can’t carry a spare battery around with you will be enough for some to forgo the Galaxy S6 in favour of its more utilitarian predecessor. 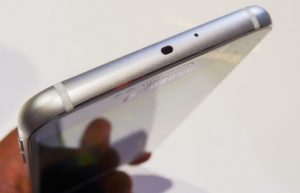 3. microSD card
Another somewhat controversial move with the Galaxy S6 is its lack of microSD card slot. Android fanboys have long cited the lack of expandable storage as a weakness in the iPhone range, but now their own platform champion has abandoned the cause.

It’s possible to see this as another byproduct of the Galaxy S6’s sleek design, but it’s just as likely to be a deliberate choice based on performance considerations and straightforward usability.

Either way, the Samsung Galaxy S6 will be limited to the memory that ships with it in a way that the Galaxy S5 never was. 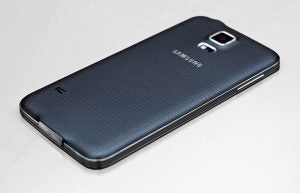 4. Bigger battery
Not only will the Samsung Galaxy S6’s battery not be removable, it’ll also be considerably smaller than the Galaxy S5’s. The old phone had a generous 2,800mAh battery, while the Galaxy S6 will have a mere 2,550mAh. The Galaxy S6 Edge variant will be slightly bigger at 2,600mAh.

We’ll be honest with you, of all these points, this is the only one that genuinely concerns us. Poor battery life has ruined many a great phone, and it would be a shame to see Samsung, of all companies, falling down on this fundamental area.

It’s particularly concerning given the fact that the Galaxy S6 will sport a much sharper and hence more power-hungry display than the Galaxy S5.

In its defence, the custom Exynos CPU at the Galaxy S6’s core is said to be 35 percent more energy efficient than the Galaxy S5 equivalent. It’s the world’s first 14nm SoC, which means that it’s smaller than previous efforts. Smaller means less heat, which means less wasted energy.

Here’s hoping it’s enough to make up for that 200mAh shortfall, eh? 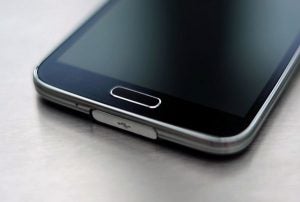 5. USB 3.0
This final difference has been slightly overlooked in all the fuss surrounding the Galaxy S6. Among all the advanced components to be found in the new phone, its Micro USB 2.0 port represents a step back from the Micro USB 3.0 port of the Galaxy S5.

Of course, the reason this has been overlooked is because it doesn’t really matter all that much. There’s a reason the Galaxy S5 remains one of very few smartphones to adopt USB 3.0 in its current mobile form factor.

USB 3.0 may be significantly swifter than USB 2.0 when it comes to data transfers – around ten times faster, to be precise – but the accompanying mobile connection standard is larger and a lot less wieldy.

A better Micro USB standard called USB Type-C does exist, with a compact reversible connector – rather like Apple’s Lightning standard – and double the data speed of USB 3.0. It’s a shame the Galaxy S6 didn’t adopt this, but then, no other flagship phone has incorporated it as yet either.

Add in the fact that few people actually bother transferring data over a physical USB connection these days, and a move back to USB 2.0 in the Galaxy S6 makes a lot of sense.