If there were a Hall of Fame for websites, the Internet Movie Database would be a first ballot inductee alongside the likes of YouTube, Facebook, Google and, of course, its Amazon overlord.

For a quarter of a century, the IMDb has been a reliable dot-joiner, a one-stop-shop for settling arguments, and an incredible resource for inane movie trivia. It has facilitated the sharing of accurate movie quotes and even, as a friend enthused this morning, “allowed me to look up the sexy actresses I see in films.”

Yes, it takes all sorts.

Anyhow, whatever your chosen usage, IMDb has deservedly entered the common lexicon as the ultimate point of reference for movie knowledge.

A shooting star of the early web era, it arrived even before the first web browser was born.

Founder Col Needham recalls: “On October 17th in 1990 I published a series of scripts which allowed you to search a lists of credits collected by a wonderful USENET group called “rec.arts.movies”. Though the naming was still four years off IMDb was, in essence, born.”

Indeed, the plaudits for IMDb will continue to roll in this week, as well they should. Any website that becomes a commonly used verb deserves its place in history. Just as we Google-it and Wikipedia-it, we also “IMDb-it.” 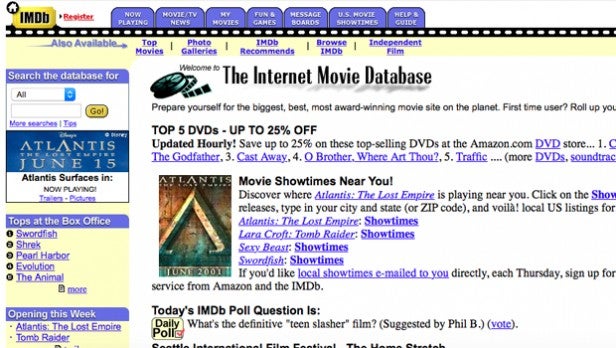 However despite the success, I can’t help but feel its true potential
will always remain unfulfilled. IMDb probably lost complete control of its
destiny early, when founder and CEO Needham sold to Amazon on April 24
1998.

While it has remained an independently operating entity, Needham also ensured his baby would never rise beyond a ‘best supporting actor.’

As such, IMDb is the Pesci to Amazon’s De Niro, or, if you prefer a fictional analogy, Chewbacca to Han and Sam to Frodo. While each of these loyal Lieutenants enjoy the unbridled love of the masses, they’re often under-appreciated and rarely afforded a chance to shine in the leading role.

Had it held out in those early days and forged its own path, we could be speaking about IMDb in the same breath as Netflix; a global conglomerate helping to shape the future of the entertainment industry.

It ‘coulda been a contender’, but instead it’s ‘always the Bridesmaids, never The Princess Bride.’

Think about it; with its name recognition, reputation, archive of knowledge and vast arsenal of user data, the IMDb would have been the perfect jumping off point for the ultimate streaming service.

Netflix’s entire content production and acquisition approach is based upon analysing big data trends gathered from user viewing patterns. IMDb surely has an unspeakable amount of that valuable data. It could cast the most searched actors in its shows. It could acquire the rights to those hidden gems that have inspired users to dig deeper.

Of course it’s too late now, but 10 years ago, it wouldn’t have been.

IMDb already has awesome features that would underpin a brilliant streaming service. “X-Ray for Movies and TV,” informs users of the actors on screen at any given time. It should be a game-changing selling point. Instead it is handcuffed to Amazon’s streaming platforms on Kindle devices and barely spoken of. 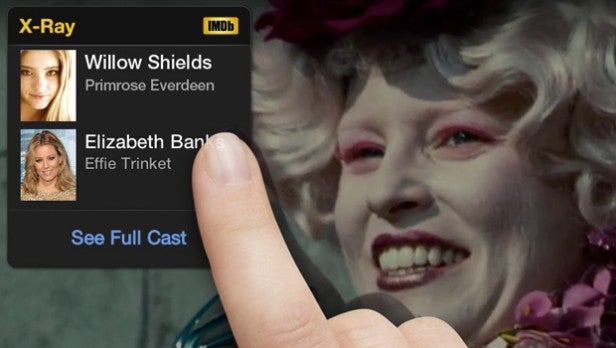 With access to a content library, a search for an actor could summon, not only a list of roles, but on-demand access to those films and the actor’s most popular scenes. Instead of simply discovering ‘what have I seen her in?’ you could watch it too.

And it’s not just video content either. Even with the emergence of music streaming services, there’s still a niche to be filled when it comes to movie soundtracks.

Movies and TV shows have been so influential when it comes to music discovery. The final scene of The Sopranos single-handedly revived Journey as a household name until Don’t Stop Believin’ was massacred by Glee and subsequently played to death.

X-Ray also enables users to jump to songs from the soundtrack (or listen to just the parts with the songs), but wouldn’t it be something to hear a song in a TV show and instantly be able to add it to an IMBb-based playlist.

The knowledge and insight offered through Shazam’s neat TV show identifying tool comes directly from IMDb. Is there any reason this couldn’t have been an IMDb app if the company was off the reins? 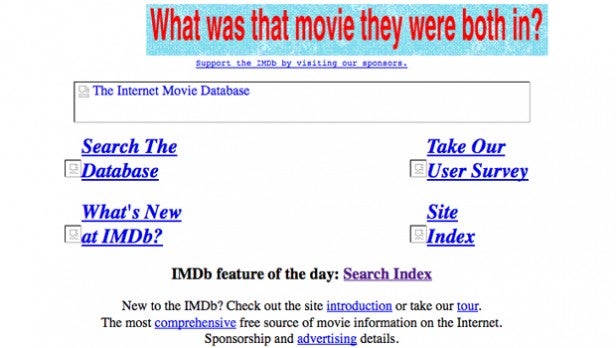 Amazon has undoubtedly helped IMDb become the beloved internet powerhouse it remains on its 25th birthday. It has offered a steady, guiding hand a stable environment and, most importantly, it hasn’t interfered.

In fact, it’s been so hands-off, you’d barely know it was an Amazon company beyond the odd plug for Prime content.

Even today, IMDb remained the perfect example of a company that found its niche, filled it and continues to fill it perfectly.

In an era where so many tech companies are diluting their main product in order to diversify and seek additional revenue streams, we can be grateful that under Amazon’s watchful guise, IMDb will continue to be IMDb and it’ll probably never ask us for a penny.

So Happy Birthday, IMDb! You may never be our leading man, but like Samwise the Brave and Chewbacca, you’ll be there when we need you most. We can rest easy knowing you’ll never leave our side… or our bookmarks bar.