As Nintendo turns 125 today, we look back on some of the highs and lows in the Japanese gaming giant’s history.

Nintendo was founded in Kyoto over a hundred years ago in 1889. It began life producing a playing card game called Hanafuda, which quickly became so popular Nintendo needed to mass-produce it to keep up with the demand. Since gaming was in the company’s DNA from the get-go, it’s hardly surprising that it moved from producing cards and toys to video games at the birth of the industry back in the 1970s.

Nintendo is still a giant in the gaming industry and its games and brands are loved and played the world over. It’s enjoyed massive success over the years, but that doesn’t mean that every single decision it’s ever made has taken off. So, on its 125th birthday, we have a look back at some of the highs and lows Nintendo has experienced since entering the gaming market. 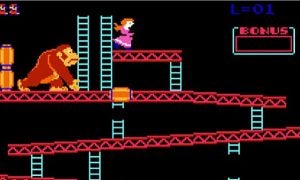 Donkey Kong
You have to start somewhere with Nintendo, and for our money, we’d pick the first time the Japanese developer made a sizeable impact in the video arcade. One of the biggest selling arcade games of its era, Donkey Kong not only made money hand over fist for Nintendo, it established two of the publisher’s biggest character-based brands in both Donkey Kong and Mario (originally called ‘Jump Man’ in the original game). Donkey Kong’s influence on gaming is immeasurable; it spawned tons of sequels, gaming franchises, imitators and an amount of gaming-related merchandise large enough to fill up the Grand Canyon. Its platforming DNA runs through myriad other titles. Over thirty years since its release have past, and it still has a hold on players. Anyone who doubts that should pick up a copy of The King Of Kong, a film documentary that details how the all-time high score on Donkey Kong is still being contested. 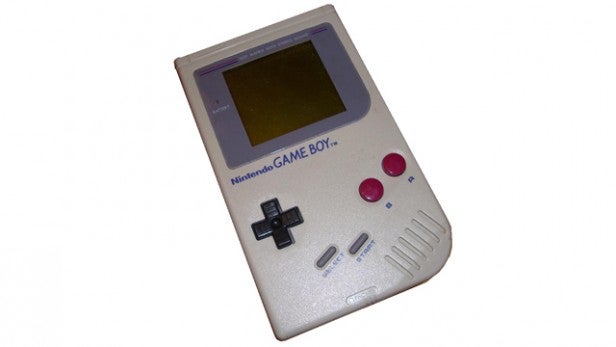 The Nintendo GameBoy
Released in 1989, Nintendo’s GameBoy was a gaming accessory as ubiquitous and essential as smartphones are today. To date, the GameBoy has sold over 118 million units, making it one of the biggest selling consoles of all time. While its block form and 8-bit display may look dated now, at the time of its release, the GameBoy was the console for gamers on the go. Back then, you didn’t need a console to do anything more than play host to amazing titles and the GameBoy had them in spades. 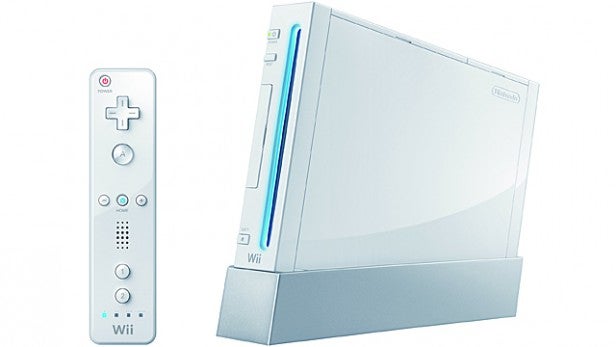 The Nintendo Wii
The console that finally brought gaming to the masses, the Nintendo Wii has sold over 100 million units since its release in 2006. It wasn’t as powerful as the PS3 and didn’t offer the graphical fidelity of the Xbox 360, but what it did do was introduce motion-sensor gameplay to its audience. All of a sudden, millions of interested folk who’d been intimidated by the prospect of fiddling about with a game control pad were playing Wii Sports in their living rooms. The Wii was such a hit, Sony and Microsoft quickly generated their own motion sensor interfaces – PS Move and Kinect respectively – in the hopes of eating into the casual gaming market Nintendo was dominating.

E3 2010
After the turgid showing at E3 in 2009, Nintendo knew it needed to produce something special and in 2010, it didn’t disappoint. Microsoft unveiled Kinect, while Sony’s briefing was dominated by the PS Move. It was clear that both of Nintendo’s competitors had noticed the lucrative casual gaming market it had created with the Wii, and both of them wanted a piece of it. Nintendo, however, chose to focus on what it does best: crafting superb and compelling video games. The publisher’s keynote hurled out new titles at a clip – The Legend Of Zelda: Skyward Sword, Kirby’s Epic Yarn, Donkey Kong Country Returns and Epic Mickey were all received rapturously. Best of all, Nintendo unveiled the ground-breaking Nintendo 3DS, a handheld it promised would offer 3D gaming without any need for special 3D glasses, backed by a ton of publishers offering Triple-A titles into the bargain. While its rivals fell over each other trying to replicate the Wii’s motion-sensor magic, Nintendo confidently walked away the winner of E3 2010. 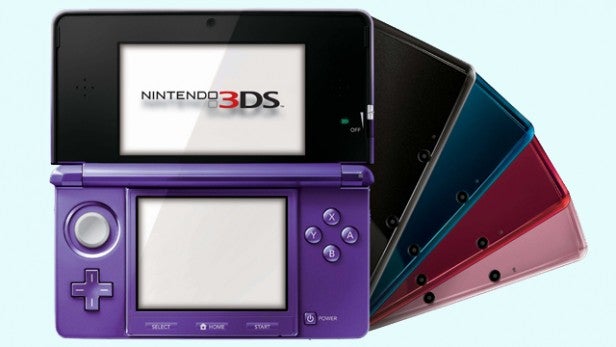 The Nintendo 3DS
Nintendo’s glass-less 3D handheld got off to a rocky start. There weren’t too many top tier titles available for it at launch and it was rather unfairly side-swiped by the mainstream media over ‘health concerns’. Last year, however, the 3DS suddenly started living up to its promise. In the space of five months a ton of top-tier, genuinely incredible titles began appearing for Nintendo’s handheld – Luigi’s Mansion 2, Fire Emblem, Donkey Kong Country Returns 3D, Lego City: Undercover and Animal Crossing: A New Leaf among them. That purple patch has continued into this year: most recently Super Smash Bros. has appeared and players can transfer their customized fighters between the 3DS and Wii U platforms. This may go some ways towards explaining why 3DS sales are through the roof; Nintendo’s handheld was the biggest selling console of 2013 and as of June this year, Nintendo has sold 44.14 million 3DS units.

Super Mario Bros. The Movie
Movies and video games have had a rather rubbish relationship in the past to say the least. Generally speaking, movies that are adapted from video games are pretty dire – we’re looking at you, Max Payne, Silent Hill and Street Fighter – but Super Mario Bros. The Movie was in a class of its own even for this dicey category. The movie was supposed to wow Mario and Luigi fans and draw those curious about the games into Nintendo’s fold. Instead, it became one of the worst reviewed films of all time; star Bob Hoskins told the Guardian that this film was the worst job he’d ever done, the biggest disappointment he’d ever had in his career and the one movie he’d like to edit out of his past. He’s not kidding – not even Mario fans will sit through this again. 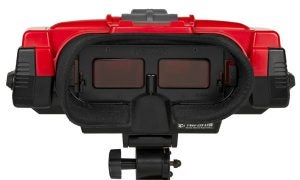 Virtual Boy
Out of all of Nintendo’s curious decisions over the years, the production of the Virtual Boy has to be one of the biggest head scratchers. After revolutionizing gaming on the go with the Gameboy and with the Nintendo 64 still in the pipeline, Nintendo decided to release a console that required players to stuff their heads into a red plastic mask and which needed a flat table surface to support it. Furthermore, Virtual Boy’s visuals were only cast in red and black. It didn’t even look fun to play – promotional shots couldn’t disguise the fact that kids needed to be hunched over the thing like a medieval goblin as they played it. Unsurprisingly it was a massive flop; a grand total of 22 games were released for the console and after a year’s worth of indifference from players, it was gone for good. 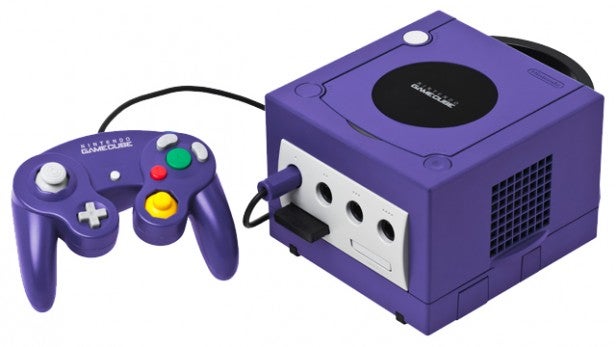 Nintendo GameCube
Okay, so the GameCube wasn’t a total flop – in fact, you can’t tag anything that sells around 22 million units a flop in any regard. However, GameCube was left way behind its competitors due to two mind-boggling decisions on the part of Nintendo, which seemed to be aimed at differentiating its console for its own sake, rather than any good reason. First, if you wanted to play online, you’d buy a PS2 or an Xbox – or, at the time, a Dreamcast. Nintendo stubbornly remained in the blocks with online gaming and years later, it is still playing catch up – would you trade your PSN or Gamertag for the string of numbers Nintendo wants you to punch in? Second, there were the discs; slightly smaller in size – to help beat piracy – GameCube discs not only offered less storage, but they put paid to the console’s ability to double as a DVD player – something both Microsoft and Sony were well on board with by the year 2000.

E3 2009
Anyone who was at E3’s keynote in 2009 will remember it for the farce it was. It opened like gangbusters with the announcement of a New Super Mario Bros game and then it limped along like a wounded animal. The announcements of a Wii Fit Plus, a dodgy-looking heart-monitor peripheral (which eventually never surfaced), Kingdom Hearts and Mario & Luigi: Bowser’s Inside Story were all greeted with a muted response. By the time the keynote was coming to an end, the audience in the Nokia Theatre had actually started to squirm in their seats in frustration. The biggest problem is that Nintendo had actually very little in the way of game footage to show the media in attendance and the promise of a peripheral that could read your heart rate just didn’t cut it. Nintendo did announce a new Super Mario Galaxy title and a new Metroid game, but by the end that wasn’t enough to impress – especially since Microsoft had unveiled Project Natal (Kinect) a day earlier. 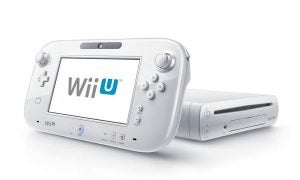 Wii U
While it may be a little early to write off Nintendo’s current console its flagging sales aren’t exactly encouraging. After enjoying a year’s worth of being the only next gen console in the market, the Nintendo Wii U saw its lifetime sales eclipsed in just 48 hours by Sony’s PS4. This sad state of affairs may have been due to the dearth of launch titles available, but then most consoles face this problem when they’re first released. Rather it could be, that the lion’s share of third party titles that have landed on the Wii U have been ports of games that Xbox 360 and PS3 owners had all played a year earlier. Whatever the case is, the Wii U is in need of an adrenaline shot to the arm – here’s hoping that it enjoys a purple period of releases, much as in the same way the 3DS did between February and July last year.