Tech holiday faux pas we’ve all made: But which ones are you guilty of?

Imagine a holiday with tech. Unspoilt beaches, clear blue oceans, freshly caught seafood, someone doing the Limbo, palm trees and piña coladas – maybe the sound of a dolphin squeaking in the distance – and not a single phone, tablet, television, MP3 player or camcorder to distract you.

Just you, the view and the wonder of nature. How boring would that be! No, tech is an absolutely essential part of any summer getaway, because let’s face it relaxation is quite dull. But just because gadgets are welcomed into the suitcase, it doesn’t mean they don’t come with their own bag of problems.

From airport to hotel and back again, here’s your tech on holiday experience in ten handy points. Something to read on the plane, perhaps…

1. Book a holiday with an app
Probably best not to select your holiday and lodgings on something with a screen as big as a hotel shampoo; it’s hard to make out the blood stains and chalk outlines on the floor, the brick-wall view and the small man chained to the radiator. Also best to ignore non-professional reviews, else you’ll miss out on a top hotel because Barry from Chester thought his boiled egg was “slightly overcooked – 1 star, awful”. 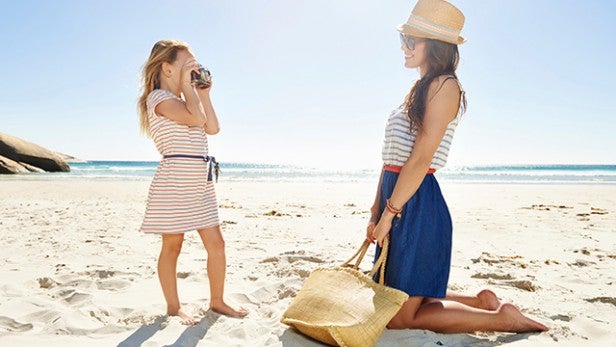 2. Buy an SD card at the airport
And immediately shred your hands to pieces attempting to rip apart its plastic cage, which is somehow harder than steel and develops edges sharper than a Stanley knife when finally penetrated. All worth it though for those three photographs of the lizard you see on day four.

3. Use a boarding pass app
Oh, it hasn’t worked again. You’re also nervous about your suitcase’s weight, seeing as if it’s heavier than two bags of Frazzles you’ll have to hand over a month’s salary. The fact it shattered your bathroom scales on impact doesn’t bode well; probably best remove another jumper. 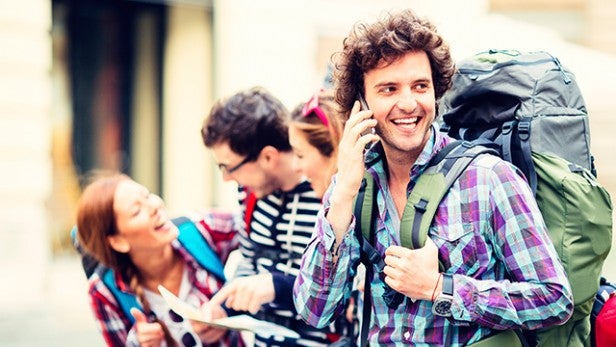 4. Phones on planes
You know that nothing bad will happen if you don’t put your phone into Airplane Mode (or Aeroplane Mode, as you think it should be called, which you tell your partner for the 10th flight in a row), they proved it on Mythbusters. However, it’s still hard not to fret that a sly peek at LiveScore during take-off is the equivalent of pulling a pin from a live grenade. You still do it, though, don’t you… you selfish sod.

5. Holiday playlists
You made a playlist of all the new acts your friends suggested, but unfortunately you hate them all (the songs, though maybe you hate your friends as well). Time to begin manically flicking through the tunes on your most-played lists – all downloaded decades ago – searching for something to hold your interest beyond the first chorus, before getting a bit teary listening to Three Lions five times in a row.

6. Awful videos
There are five types of holiday video: The one of fluffy clouds shot through condensation covered plane windows; the one of out the taxi window from airport to hotel; the one that takes the viewer on a tour of the hotel room (always finishing in the bathroom with someone putting their hand over the lens while shouting); the one of some buildings; the one of someone playing an instrument and the one of someone having a Jägerbomb. You will never look at them again, because they’ll make you feel sick.

Related: How to tech is upgrading our luggage 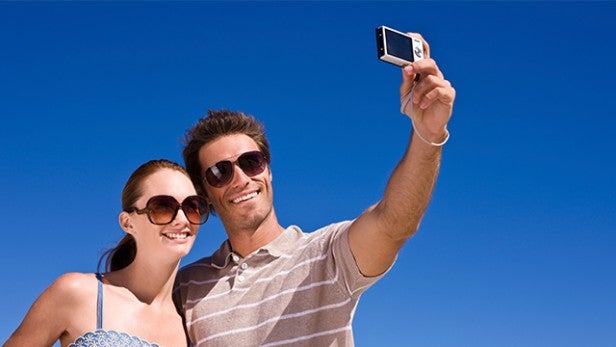 8. Tablet telly
A hotel room television menu usually consists of: Channel 1 – CNN, Channel 2 – Eurosport, Channel 3 – BBC World News, Channels 4 to 65 – Nothing at all. So you take your iPad to watch all the shows you downloaded. It’s too bright to see by the pool though, so you spend two weeks in a bedroom drinking Orangina and watching House of Cards. Just like at home then. 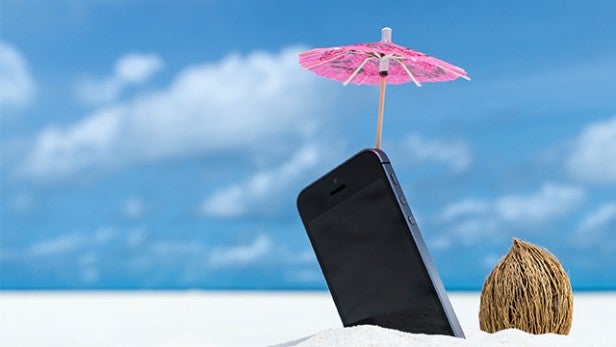 9. Hunting for Wi-Fi
Want to check out the web while touristing it up? Just sign up for 12 months with a provider called something like “Hola; Télécommé!” at a cost of roughly £79 per page view. F*ck it, you’re on holiday now, money isn’t real on holiday!

10. Back to work
Time to trudge back to your desk, kick someone you don’t know out of your chair, turn off your funny out-of-office email and change your desktop background from a picture of a tropical island back to “solid grey”. While putting the big communal bag of weird sweets on the filing cabinet you notice that the printer has the same paper jam it had when you left it a fortnight ago. You’ve got 100 emails from colleagues asking you to do things as if you were there but had just turned temporarily invisible and your handover document, of course, hasn’t been looked at by anybody. Welcome back!