Kickstarter is all the rage at the moment. It’s a way to “crowdsource” funding for projects, whether it’s a podcast about the history of penny sweets or a wind-up space shuttle. As you might imagine, there are many great plans for gadgets on the Kickstarter website. Many haven’t a hope of succeeding, but here are the ones we hope will.

Printrbot
What is it? “Your first 3D printer”
Kickstarter link

3D printers represent a dream technology that actually exists. Model something and they’ll make it. However, they tend to cost an awful lot of money – you’re looking at around $10k for a basic model.

Printrbot wants to bring the 3D printer out of the clouds and into people’s homes. It’s meant to be the “simplest 3D printer ever”, and will come as a kit that can be assembled within a few hours. To get the whole kit, you’ll need to pledge $499 or more. 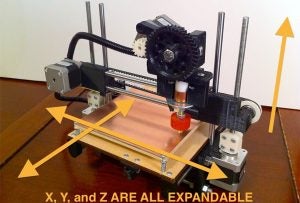 So expandable it can only be expressed IN CAPS

Remee
What is it? A lucid dream mask
Kickstarter link

This is either unadulterated awesome or a fine slice of snake oil quackery. Remee is a face mask designed to encourage lucid dreaming, where you have control over what happens in your dreams.

It works by flashing a pattern of red LED light in front of your eyes while you’re in the REM state, which is when you do your dreaming. Will it work? They say yes, we’re not so sure, but we’d love to give ’em a try. Remee says that the lights will “bleed” into your dreams, giving you the chance to take the reins of your dreaming mind, so to speak. 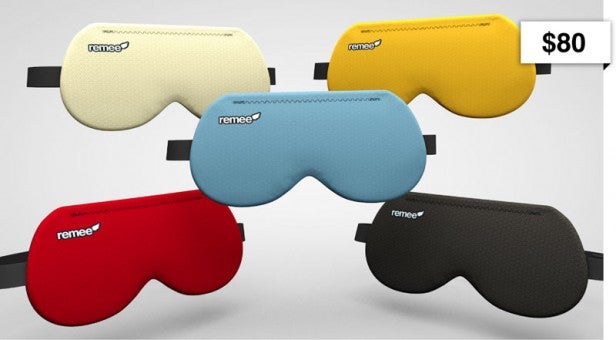 An $80 pledge gets you a Remee mask, and higher $100 and $140 will net you a special edition patterned version. But, no, they won’t make your dreams all the more lucid.

This kickstarter projects looks and sounds a bit odd. It’s a speaker that produces a “focused beam” of sound that only those directly in the path of should be able to hear. When we’re used to non-all-that-directional (relatively speaking) cone speakers, using one of these may feel a little Twilight Zone-esque. However, if it means we can rock out without disturbing other people, we’re in. 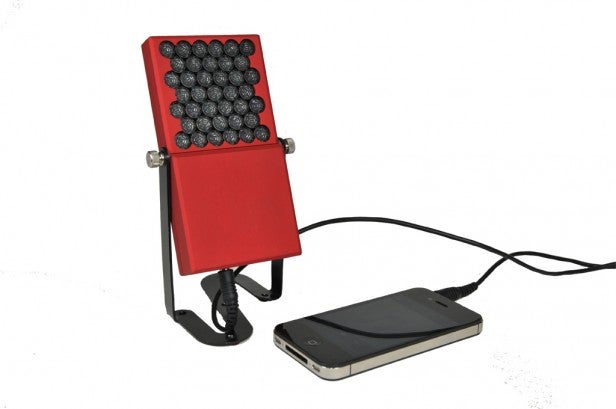 It’ll plug into audio devices using a standard 3.5mm stereo jack, so you’ll be able to use it with phones and MP3 players with ease. In true open source fashion, you can even access the Soundlazer’s ‘mind’ through a USB programming port to change its sonic personality.

Soundlazer has been in the works for two years already. $195 gets you a Soundlazer without its natty metal casing, and $300 earns you the full thing, inc. shipping to the UK.

Pebble E-paper watch
What is it? An E Ink smart watch
Kickstarter link

This watch has been tearing up Kickstarter. Although at the time of writing it has only just gone up, it has already attracted more than 5,700 backers, who have contributed more than $750,000.

The Pebble E-paper watch is an attractive-looking wristwatch with a screen using similar tech as the Amazon Kindle ereader. It’s not some dead simple watch, though. It also uses Bluetooth to talk to your iPhone/Android smartphone, alerting you about emails, calls and text messages. 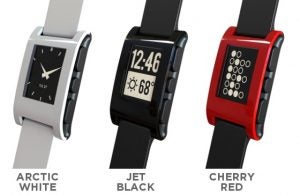 We’re more interested in its advanced functionality, though. It’ll let you sift through your music library and connect to a GPS app to function as a sport watch. It’ll even work as a clock – shock horror. The Pebble can sync with any Android running version 2.3 or newer, and iPhones from the 3GS generation or later running iOS 5. A $115 donation will get you a watch. Tempted?

Double Fine Adventure
What is it? A game from the maker of Monkey Island
Kickstarter link

Tim Schafer was one of the great minds behind classic adventure games like The Secret of Monkey Island and Grim Fandango. His CV is pretty impressive, to say the least.

However, his Double Fine studio hasn’t been able to produce a “true” adventure game in the classic point ‘n’ click vein. Finding funding for such things isn’t so easy, apparently. The Kickstarter for “Double Fine Adventure” quickly went stratospheric, proving that there are people out there desperate to get there hands on such things. 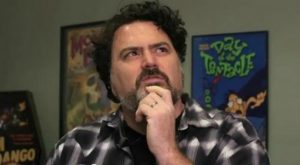 Time to get thinking, Tim…

It has attracted over 87,000 backers and $3.3 million in funding. They only asked for $400,000 in the first place. What do we know about the game? Virtually nothing so far. Part of the idea is to document the creation of the game, from inception to shipping, as a film. Let’s just hope it’s good or there will be a lot of disappointed folk out there.