Britain’s crowdfunding scene is a vibrant one, with plenty of great ideas around. These 10 run the full gamut, from language-learning techniques, a portable pillow for power napping, and much, much more.

They’re all British and they’ve all been huge successes. If you’re thinking of launching a crowdfunding campaign, take note: this is how it’s done. 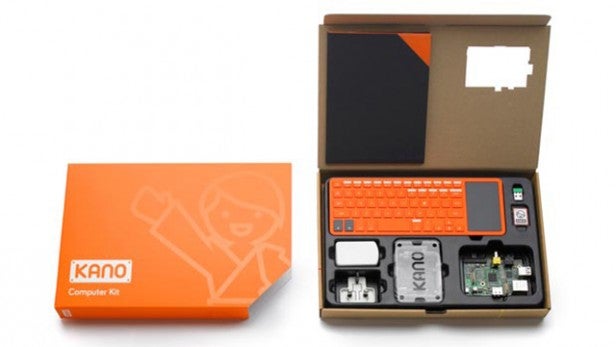 Kano
God help the child that doesn’t start using tech from an early age. Kano is a simple computer kit for kids, and anyone else with an interest in coding. It’s powered by Raspberry Pi, and is as simple as LEGO to put together. In fact, you can do so in under two minutes. It lets you make games, videos and more. Because Raspberry Pi is open source, the only limit is your imagination. It comes with a keyboard, speaker, Raspberry Pi, case, cables and stickers. All you need is a monitor, and you’re off. No wonder it raised over $1.5 million on Kickstarter. You can pick one up from uk.kano.me. 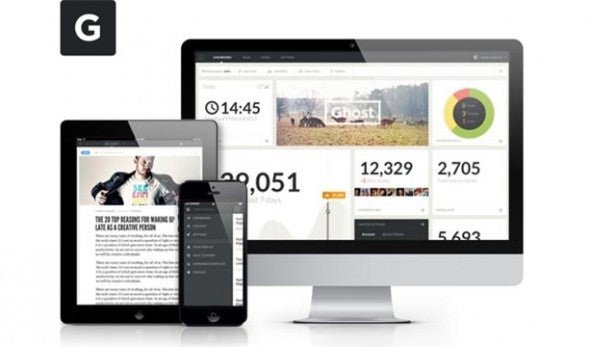 Ghost
This blogging platform caused waves when it hit Kickstarter back in 2013. Neat tools made it stand out from the hordes of other blogging services. Tools like a smart writing screen that showed a markdown on the left and a live preview on the right, so you could instantly see how your blog would look. A smart dashboard that brought all the important stuff together in one place. And a simple content management system that lets you browse and preview all within a single view, without having to click. You can sign up now and try it for free here. 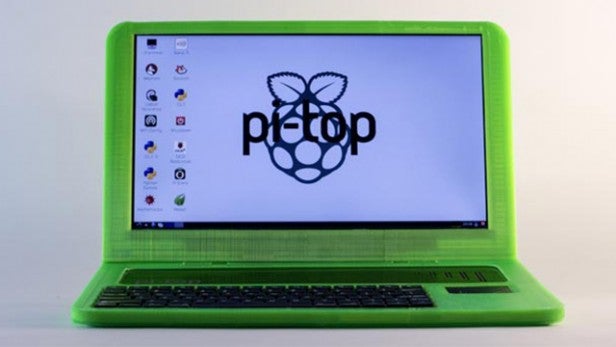 Pi-Top
Kano isn’t the only DIY computer kit. Pi-Top is a super smart Raspberry Pi-powered laptop that you build yourself. The idea is that if you can make a laptop, you can move on and start building other computing devices. Extra boards give the Raspberry Pi extra functionality, so it’s more versatile than most. For example, screw in the home automation one and you can start controlling your home appliances. It raised more than twice its funding goal at the end of last year on Indiegogo and started shipping last month. 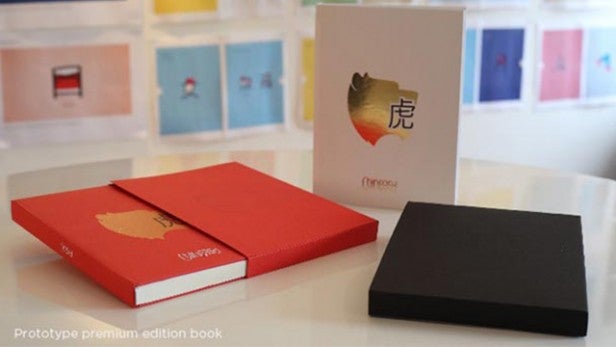 Chineasy
Think learning Chinese is hard? It’s simple with Chineasy.
It lets you read Chinese by recognising common characters through
simple illustrations. By learning a small set of building blocks, you
can make new words, characters and phrases. While there are tens of
thousands of Chinese characters, you only need a few hundred to
understand Chinese literature and to be able to appreciate Chinese
culture and art. The project was so successful that founder ShaoLan
Hsueh travelled with prime minister David Cameron on a trade trip to
China. It started shipping last year, so if you hear a lot more people
speaking Chinese, you’ll know why. 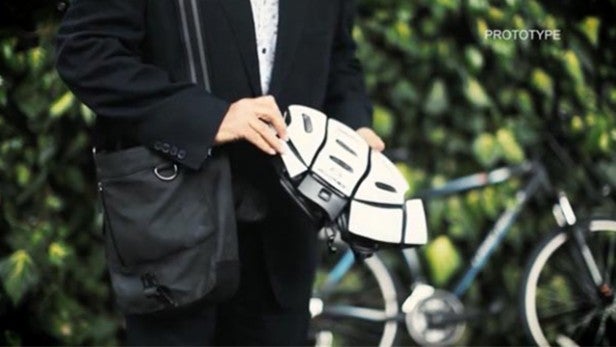 Morpher
With over 100 cycle hire schemes around the world,
cycling is obviously very popular. But the vast majority of people
using those schemes don’t wear helmets.

That’s where Morpher comes in. It’s a folding helmet that fits in any laptop sleeve or small bag, but folds out to offer the same protection as a standard helmet. It’s gained widespread praise, including the Popular Science Magazine Invention of the Year 2014 and the Edison Gold Innovation Award 2015. It’s currently in production after a successful crowdfunding campaign on Indiegogo and should ship later in the summer. Don’t hop onto a Boris bike without one. 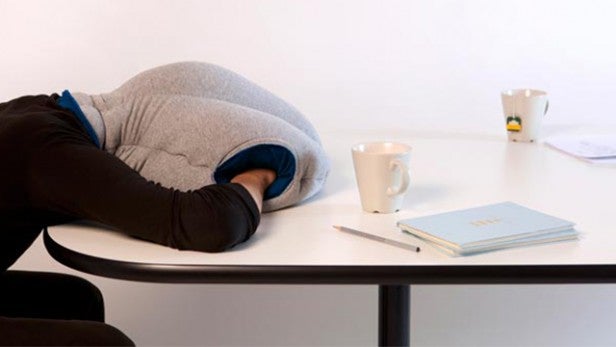 Ostrich Pillow
Crowdfunding doesn’t always have to be serious work. Take the Ostrich Pillow. It’s a soft cocoon into which you stick your head and hands, then rest them on a desk. The soothing soft interior shelters you from the noise and light of the outside world, letting you get some valuable shut-eye almost anywhere. Admittedly, you’ll look like an alien being who’s given up. But you can’t knock the benefits of a good power nap. It was so successful it spawned a light version without the hand compartment. The backers said what they would like in a second version, and the creator listened. The Ostrich Pillow Light was the result. 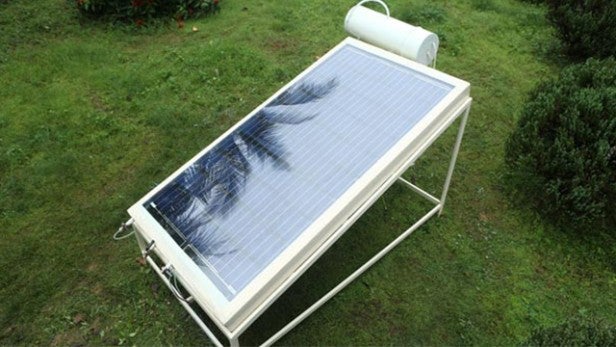 Desolenator
It’s rare that a crowdfunding platform could improve the quality of life for millions of people, but Desolenator could be it. It turns salt water and contaminated water into drinking water, potentially help a billion people around the world. It’s solar powered, so is energy efficient and doesn’t have to be plugged in. Its makers claim it will desalinate water at a lower cost per litre than any other system at this scale available. And it could help solve the world’s water crisis. It raised over $100,000 at the start of this year on Indiegogo, and should ship in the autumn. 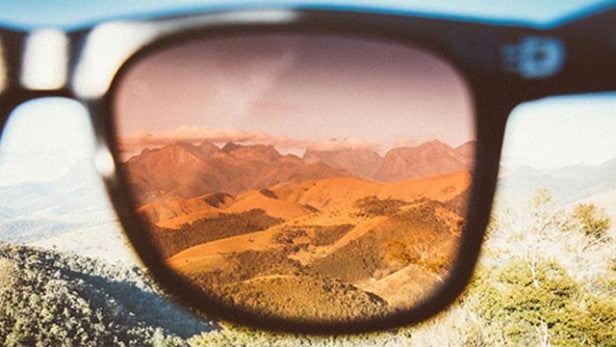 Tens
This project literally lets you see the world through rose-tinted glasses. The lenses use the warmth of the sun to bring out the colour of the scene in front of you, unlike most sunnies which give a cold, pallid picture. It’s like seeing everything through an Instagram filter, but you don’t have to take a photo or edit anything, it’s all live right in front of you. It raised a whopping £374,000 last summer on Indiegogo – that’s an astonishing 3,904 per cent of what it asked for. You can pick up your pair at tenslife.com. We only wish there were more styles available.

WEDG
This is your personal cloud, so you don’t have to worry about anyone seeing your nude photos. It’s super secure, with 512-bit disk encryption and built-in key management – in layman’s terms, that’s belt and braces. Your data is backed up, but not stored in a vulnerable data centre. It also works as a NAS drive, streams your movies, music and photos (nude or not), and is compatible with apps, so can perform any function developers care to program for it. It raised over £131,000 last year on Indiegogo, but has since been embroiled in a legal case. Watch this space… 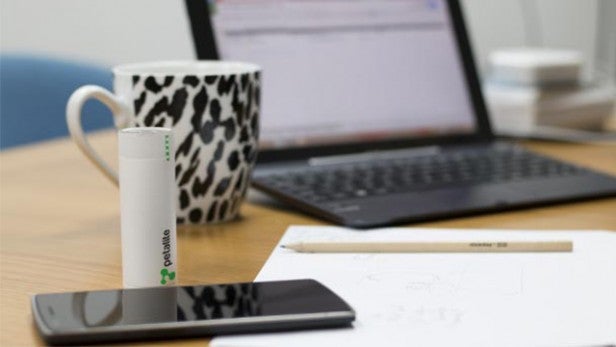 Petalite Flux
This claims to be the fastest mobile charger in the world. It’s certainly impressive – it charges itself fully in 15 minutes, and in just nine minutes can fully juice up an iPhone 5s. In a real rush? Just four minutes is enough time charge up an iPhone 5s halfway. Impressive. Charge it once a day, and it should last a mammoth 1,500 days before you need to replace it – that’s twice as long as most mobile chargers. It raised almost $60,000 at the start of the year on Indiegogo and should ship this month.