The long-awaited Legend of Zelda title will launch for Nintendo Wii U and NX, according to new rumours.

Emily Rogers on Twitter claims to have obtained information from reliable sources, detailing some important information about the game. You can check out the tweets below: 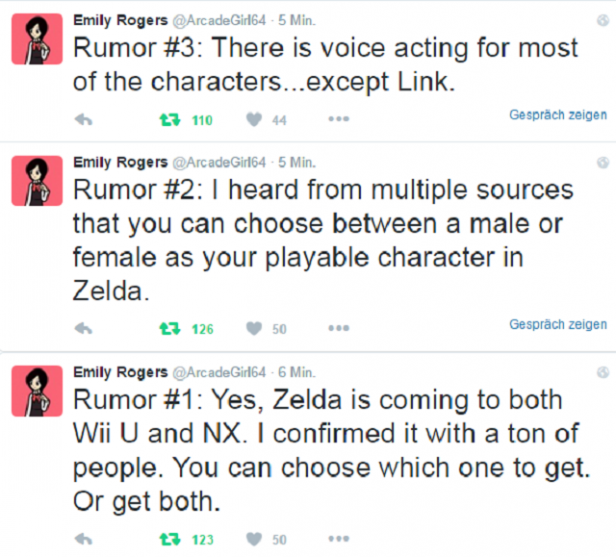 This would make the latest title the first in franchise history to include voice acting and depict Link as a female character.

Launching for both Nintendo Wii U and NX is hardly surprising, considering the former’s poor commercial performance since its release in 2013.

Twilight Princess also launched across two platforms, coming to Nintendo Gamecube and Wii back in 2006.

What do you think? Will you be buying an NX? Are you excited to play as female Link? Let us know in the comments.