When it comes to vertically-aligned videos, YouTube is falling back on the old adage that if you can’t beat ’em, you should probably join ’em.

For the longest time YouTube had resisted the portrait shooting format propagated by the likes of Snapchat and Instagram, by adding ugly black borders to its landscape video player.

The company relented somewhat by adding a dynamic video player to the iOS and Android apps in recent months, and now the change is coming to the desktop experience. In a move that’s sure to have video purists grumbling, the unsightly bookends are bound for the knackers yard, enabling millennial videographers to declare victory once and for all.

You can see the new look below: 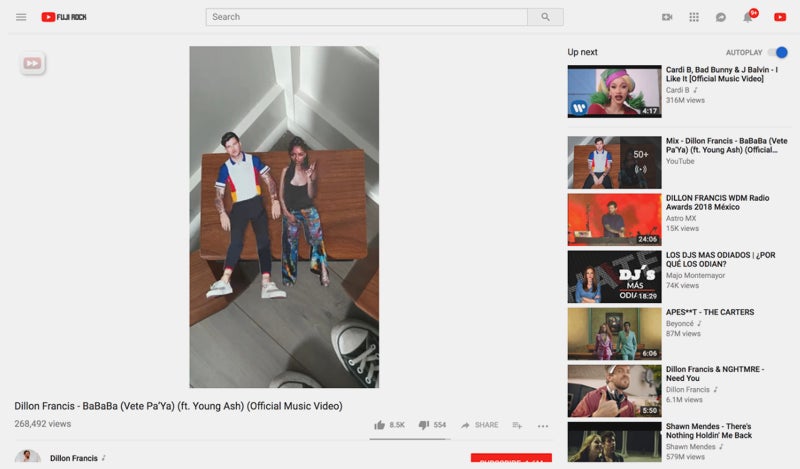 The change will also affect videos shot in 4:3, while videos shot in the newer 16:9 standard will be able to make more use of the white space on the video page. In a post on Google’s product forums, the company explains:

“Historically, for non wide-screen videos (not 16:9) like vertical and square videos, we would show black bars alongside the video, making the video really small.

“This update moves away from the need for black bars. We launched this update on mobile awhile back (both Android and iOS) so this change also aligns the desktop and mobile viewing experiences.”

Related: How to make YouTube load faster in Firefox and Edge

Elsewhere at YouTube, the company is also rolling out its new Dark Mode on Android devices, following the launch on the web and iOS. Smartphone and tablet owners will be able to access the new theme, which replaces white backgrounds with a retina-pleasing dark grey through the app.

Do you agree with Google’s decision to show vertical videos minus the black borders? Or should it have stood firm against this rampant heathenism? Drop us a line @TrustedReviews on Twitter.