Google has finally announced that its recently released YouTube Music streaming service is coming to the UK. And it’s available right now.

After launching in the States last month, Spotify rival YouTube Music is now available to download for iOS and Android in the UK, Canada and a selection of other European countries.

But with music streaming continuing to be dominated by the likes of Spotify and Apple Music, what hope can YouTube have to break through? Google is arguing that its recent focus on AI is part of the reason, and that it will allow you to find music by describing it in a search rather than having to know the name and artist. 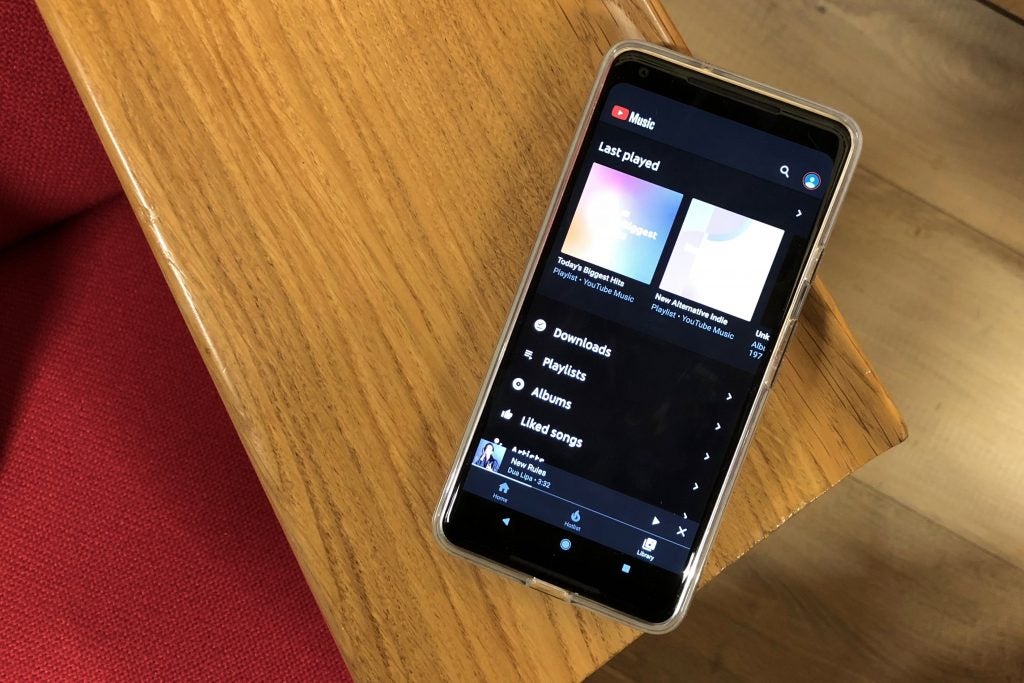 In reality though, it’s likely to be the sheer breadth of music available on YouTube that will provide much of the appeal. Spotify is great for recorded music, but nothing can quite match YouTube’s range of live performances, remixes, and custom playlists.

YouTube Originals are a big push with Premium and Google announced a couple of new shows that’ll tie-in with the UK launch. F2 Finding Football and The Sidemen are launching today, with other shows to follow.

We had a short time to play around with the YouTube Music app at a launch event in London and it feels like a typically well-designed Google app.

You’ve got a main homescreen that’ll show suggested albums, tracks and videos along with stuff you’ve recently listened to and new releases. There’s a trending section that pulls in hyped content – Jay-Z and Beyonce’s Ape***t, for example, was top – and a Library section for all your saved tracks. It’s a simple UI that’s easy to navigate and reminds me a lot of Spotify with dark colours.

Where Google seems to have the upper hand is in search. You can find songs by typing in lyrics, even ones that are slightly wrong and misspelled, and this works almost eerily well. 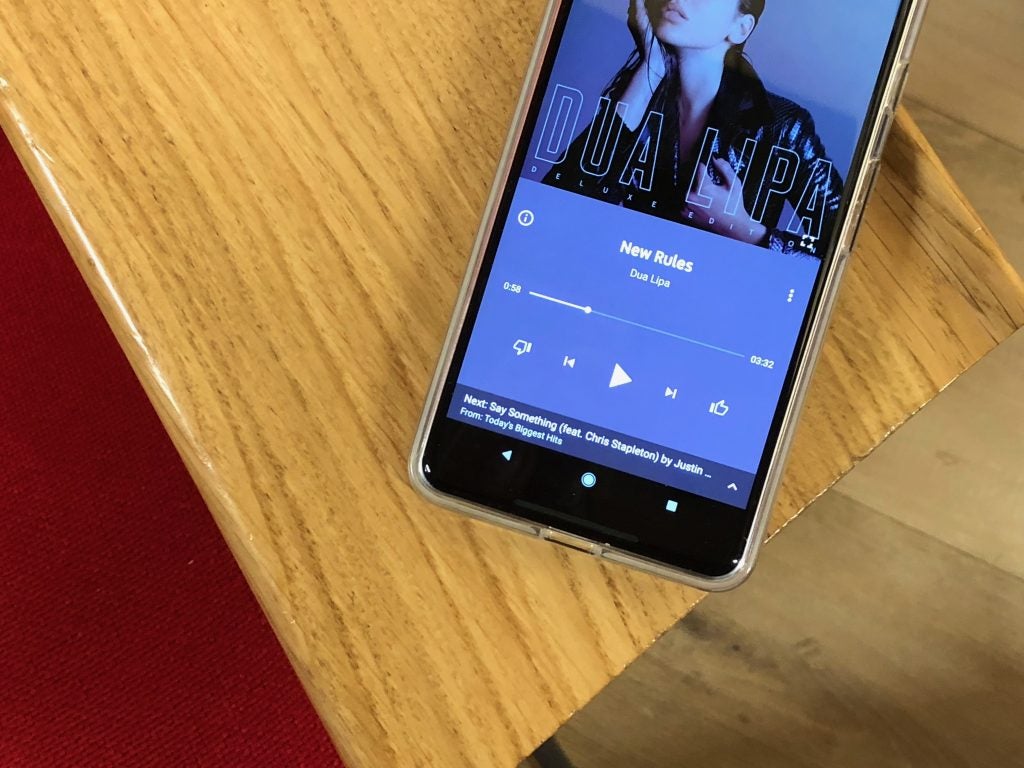 You also benefit from music videos and the ability to quickly switch from a video to the song, a nice touch if what you’re listening to is only available as a video.

Possibly the coolest feature, however, is something called ‘Offline Mixtape’: this automatically downloads a pre-selected amount of songs each day so you’ve always got something to listen to. Having been in many situations where I forget to download any music, this could be a killer addition.

In the UK, YouTube Music will cost £9.99 a month, while the YouTube Premium service is £11.99. YouTube Premium does include the Music subscription along with all the benefits of that service. If you want to try out the service there’s a three-month trial available too.

Google Play Music will also still run, and this will again be included in both the subscription tiers. Google seems to be keeping Play Music around for its music uploading service, which will hopefully be integrated into YouTube Music soon.

Will you be switching to YouTube Music? Let us know by tweeting us @TrustedReviews.