Bethesda has announced a free weekend for Fallout 76 across PS4, Xbox One and PC, giving new players an opportunity to sample the massive Wastelanders update.

From May 14 until May 18, you can download and dive into the online RPG without spending a penny. All of the progress made during the free trial will carry over to the full game if you decide to make the plunge, so you won’t be losing anything after this weekend concludes.

Existing owners are also in for a treat, since this weekend will reward all vault dwellers with double the experience. Levelling up in Fallout 76 is quite a long process, so those hoping to jump up a few levels can organise a lengthy grind session. Things will return to normal once the weekend is over, though.

Fallout 76 has gone through a bunch of changes since its initial launch in 2018, where it was critically panned for its underwhelming world, buggy gameplay and lack of charisma compared to its single-player siblings. Since then, it has improved a huge amount, although some frustrating niggles still remain. 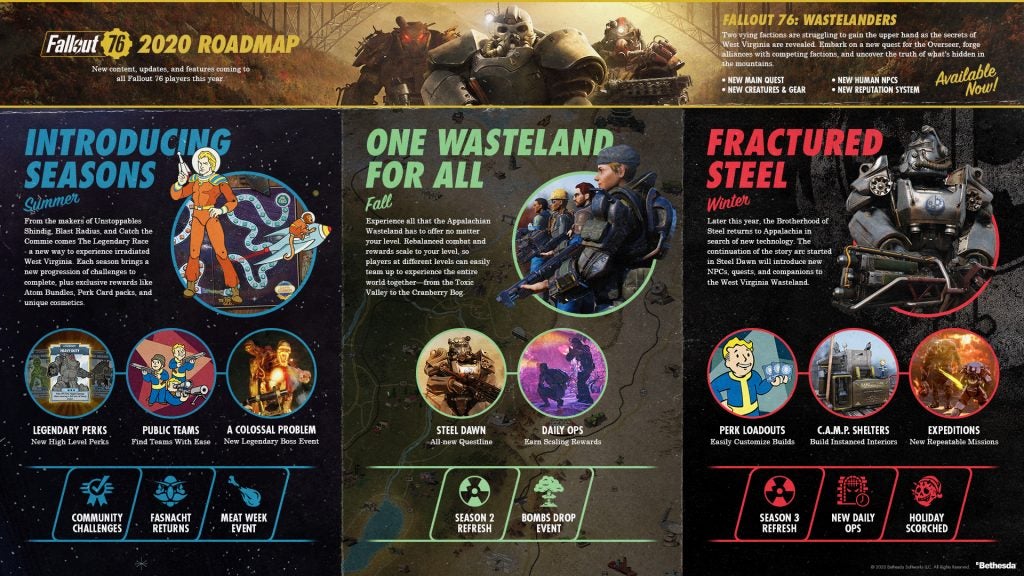 Here’s an excerpt from our 3.5/5 review: “The region of West Virginia now feels more alive with an increased populace, deeper quests and a greater focus on your place in its living, breathing world.”

“But many of its problems remain, and haven’t been improved with such a major expansion. Far few players occupy each session, making multiplayer feel like a lazy afterthought instead of something that defines the experience.”

It will be fascinating to see how Fallout 76 continues to grow in the coming months, with Bethesda having recently announced the 2020 roadmap which will include new events, perks and loot for players to earn over the next handful of months. The highlight is Seasons, a new progression system which aims to overhaul the current challenge system.