Everything you need to know about the Xiaomi Mi 5C

Xiaomi has latest smartphone, the Mi 5C, is an intriguing new entry in the Mi series, but it’s what’s running the thing that’s really interesting. The company has joined the likes of Apple and Samsung in producing its own processors, which means the new Mi 5C smartphone is powered by the in-house Surge S1 chipset.

The 2.2GHz Surge S1 is apparently faster than Qualcomm’s midrange Snapdragon 625, and has been built by Pinecone, a Xiaomi subsidiary set up two years ago. The new processor’s arrival makes Xiaomi the fourth phone manufacturer in the world to make its own chips, after Apple, Samsung, and Huawei.

Mi 5C release date – When will the new Mi 5C come out?

Xiaomi has confirmed the new handset will arrive on March 3. However, like all Xiaomi phones, the Mi 5C will only be launched in China, so if you want to get your hands on the phone and you live in the US or UK, you’ll have to import it. There’s numerous websites that will let you ship the Mi 5C direct to your door, though, so if you want to try out the latest Chinese smartphone it shouldn’t be too difficult. 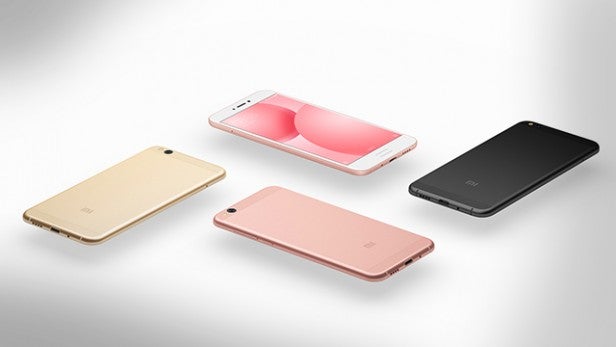 Xiaomi’s latest offering is a spinoff from the Mi 5, and seems to be a step down hardware-wise. But before we get to the specs, the main draw here is the new Surge S1 processor.

Built in conjunction with Beijing Pinecone Electronics, which is owned by Xiaomi, the Surge S1 is a mid-range SoC, with the company claiming it will top Qualcomm’s Snapdragon 625 in terms of performance. We can’t verify that claim of course, but the eight Cortex A53 cores, half of them clocked at 2.2 GHz and the other half at 1.4 GHz, should be able to provide speedy performance.

The 64-bit capable chip is made on the 28 nm HPC process, and also pairs with a quad-core Mali-T860 GPU. According to Xiaomi, it offers “upgradable baseband” along with security against fraudulent base stations. 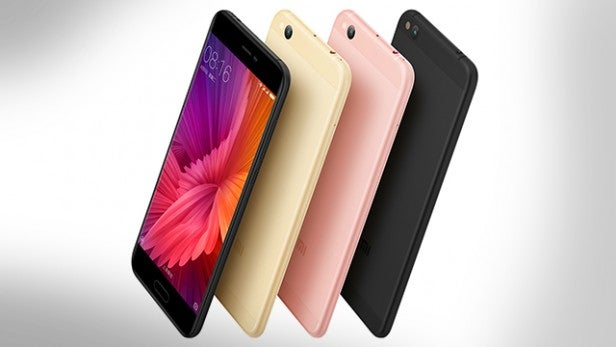 In a press statement, Lei Jun, CEO and co-founder of Xiaomi said: “The ability to create its own chipsets is the pinnacle achievement for any smartphone company. For Xiaomi, the move is an essential next step in our development. In order to deliver on our promise to make innovation available to everyone, we need to master the core technologies of our industry and tightly integrate the development of our hardware with our software.”

It’s not clear yet whether Xiaomi plans to license the processor to other countries, but the likelihood of seeing the chip outside of China seems very slim at this point.

Xiaomi’s new handset is definitely a mid-range device, but what exactly is under the hood besides the Surge S1 chipset? Well, like the Mi 5, it has a 5.15-inch display with a 2,560 x 1,600 resolution, which means you’ll get more than enough pixels to ensure a sharp image on a phone of this size.

However, the Mi 5C loses to its predecessor in the RAM department with just 3GB of memory instead of the 4GB on the Mi 5. Similarly, a 2,860mAh battery should ensure the phone lasts a day easily, though again, that’s smaller than the 3,000mAh cell in the Mi 5.

Elsewhere you’ll find 64GB on internal storage, which is a decent amount of memory, while a 12-megapixel rear-facing camera should take adequate shots, though we’re not expecting anything revolutionary here what with the f/2.2 aperture. The front-facing shooter is a 5-megapixel offering, so the selfie fans should be able to take a few decent snaps, too.

Here’s a full rundown of the specs:

Happily, the Mi 5C will come running the latest version of Google’s mobile OS: Android Nougat. It’s a great update to the software, introducing new features such as support for multi-window multi-tasking, a new Doze feature, and revised notifications. Nougat manages to keep the best parts of Android while adding useful new tools, and is certainly a welcome addition to the Mi 5C.

However, one thing you most certainly won’t be getting with Xiaomi’s latest handset is a stock Android experience. The company will be using its proprietary Android skin MIUI. It’s not the worst of the Android skins, however, and is a cut above the likes of Samsung’s TouchWiz. It does add a load of Xiaomi’s own apps to the mix, though, and comes with a few design tweaks.

We’ll have more on the phone once it launches on March 3.

WATCH: Everything you need to know about the Galaxy S8

What do you think of the Mi 5C? Tell us your thoughts below.