Xiaomi and its Mi Mix line may not receive the same hype that competitors Samsung and Apple do but this years Mi Mix 4 is definitely one to watch.

The original Mi Mix made its debut back in 2016 and caught everyone’s attention as one of the first phones on the market to ditch the bezel. The Mi Mix 2 took a rather nontraditional take on the front-facing camera by placing the selfie snapper on the bottom right of the handset to eliminate three of the phone’s four notches. By the time Xiaomi released the Mi Mix 3, the line featured flagship specs, barely-there bezels and one of the first notch-free designs on the market crammed into one package (thanks to a nifty sliding mechanism).

Whispers of leaks and rumours are beginning to surface and, keeping in mind the success of the Mi Mix in previous years, we’re beginning to get very excited about Xiaomi’s next major phone release. This is what we know so far.

Xiaomi Mi Mix 4 release date – When is the Huawei Mate 30 out?

Previous Mi Mix handsets have all arrived around the same time of year, as follows:

The Mi Mix name doesn’t have the longest lineage, obviously, but all three phones made their debut around the same time each year and all three try to do something different, particularly with regards to design and engineering.

This year, Xiaomi is throwing it back to 2017 with another September release. The Mi Mix 4 and Mi 9 Pro phones are both expected to debut on September 24.

Xiaomi revealed the launch date on Chinese microblogging site Weibo on Sunday night. However, we probably shouldn’t get too excited. The Mi Mix 3 didn’t make it outside of China and into UK stores until January 2019, so we may still have to wait a while longer to actually get our hands on the smartphone. 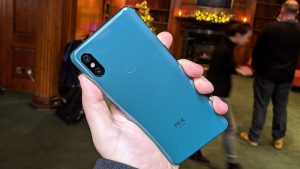 As for pricing, the Xiaomi Mi Mix 3 launched in the UK priced at a rather competitive £499; its predecessor, the Mi Mix 2, an even lower £440. As with the top-end of the market, the slow creep of increased pricing will almost certainly push the Mi Mix 4’s tag well past the £500-mark, but by how much remains to be seen.

Rumour has it that the Xiomi Mi Mix 4 will pack Snapdragon 855 CPUs. This is Qualcomm’s flagship mobile processor for 2019.

In truth, this isn’t a massive prediction to make. Both previous Mi Mix devices packed the latest Qualcomm chips, after all. But it does assure us that the Xiaomi Mi Mix 4 will likely come up with the performance goods.

Especially if, as initial reports have claimed, the Mi Mix 4 marries that power with 10GB of RAM. That’s an awful lot of headroom if true. 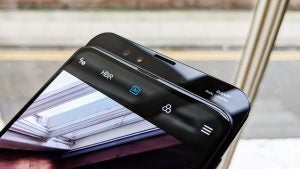 Last year’s Mi Mix 3 was quite the head-turner. It opted to do away with the notch, stashing the front camera behind a slider system instead.

Will the Xiaomi Mi Mix 4 keep this bold design feature? This was one of the better-engineered sliders we’ve encountered, so it’s not out of the question.

But there are intriguing suggestions out there on the web that Xiaomi might go even bolder with the Mi Mix 4. Some of said that it could well pack a foldable screen design.

Xiaomi does seem to be working on its own foldable phone – as seemingly confirmed by Twitter tipster Evan Blass – but whether that will turn out to be the Mi Mix 4 or something else remains to be seen.

It’s worth mentioning that rival foldable efforts from Samsung and Huawei have both been given their own names rather than directly replacing a non-foldable predecessor.

Back in December 2018, Chinese tech site ITHome carried a report from Hong Kong-based GF Securities that the Xiaomi Mi Mix 4 would pack a triple camera system. Again, this isn’t a massively cutting-edge approach, with multiple vendors already packing such a set-up, including Samsung and Huawei.

Of course, we haven’t seen this approach too much in a £500 phone, so that’s something to look forward to.

Even more excitingly, the aforementioned report claims that the Mi Mix 4 will pack a periscope lens for improved optical zoom. We’ve already seen this technology at work in the Huawei P30 Pro and Oppo Reno 10x Zoom, both to awesome effect.

The most recent and likely of the camera-related rumours stem from Xiaomi’s partnership with Samsung. The two tech giants recently announced an unprecedented 108-megapixel ISOCELL Bright HMX sensor, which is said to sport a 1/1.33-inch sensor – the largest seen in a phone, and be capable of shooting up to 6K lossless video in 30fps.

Most telling of all, this super sensor is slated as appearing in Xiaomi’s “next” phone, which the Mi Mix 4 is likely to be. 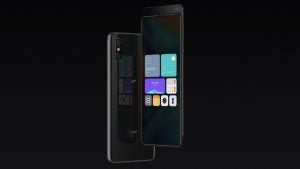 According to early reports, the Mi Mix 4 will be powered by a 3700mAh battery. That would be a hefty 500mAh more capacious than last year’s Mi Mix 3.

Given that we found that phone’s screen-on time to be quite exceptional, we’re excited by the prospect of more. Could this be a genuine two-day phone?

Another feature we can expect to see in the Mi Mix 4 is 5G – or at the very least, there will be a 5G variant of the phone. After all, Xiaomi is releasing a 5G version of the Mi Mix 3.