Xiaomi Mi 9: Release date, specs, and all the new features

Looking for an affordable flagship smartphone? The Xiaomi Mi 9 is one of our dark horse picks for 2019. Here’s everything you need to know about it, from its 48-megapixel camera to its pleasingly low price tag.

We were pleasantly surprised last year by the arrival of Chinese brand Xiaomi in the UK. The Xiaomi Mi 8 Pro and Xiaomi Mi 8 both arrived and were well worth the wait.

But it turns out they were just a tasting menu for its 2019 launches. After announcing its new flagship for the China on the same day as the Samsung Galaxy S10 launch, the ambitious tech brand has announced the UK launch of its new Xiaomi Mi 9 flagship.

So what new treats does the Xiaomi Mi 9 bring? Here’s everything you need to know.

Xiaomi Mi 9 price and release date – How much does the Xiaomi Mi 9 cost and when is it out?

Xiaomi said that the UK won’t see it till late March 2019, though, and hasn’t yet confirmed UK pricing. We’ll update this page as soon as it does. Despite the slight delay before its UK debut, that launch date is quite a bit sooner than we expected – the Xiaomi Mi 8 Pro and Xiaomi Mi 8 both only arrived in the UK in November 2018, so we were expecting to have to wait a little while before seeing them here.

You’ll get a choice of three colours – Piano Black, Ocean Blue, and Lavender Violet. The Piano Black version we had some brief time with is very smart, but we’ll likely be holding out for the lovely Ocean Blue version, which looks particularly sparkling when combined with the Mi 9’s curved back.

As expected, the Xiaomi Mi 9 is going to be fast – it’s powered by the Qualcomm’s latest Snapdragon 855 CPU.

That chip is built using the smaller 7nm process, which means it’s speedier and way more efficient than the Snapdragon 845. In other words, this thing’s going to fly.

It’s not just the day-to-day performance that’s likely to be rapid – the Xiaomi Mi 9 is the first phone that’ll support 20W wireless charging. 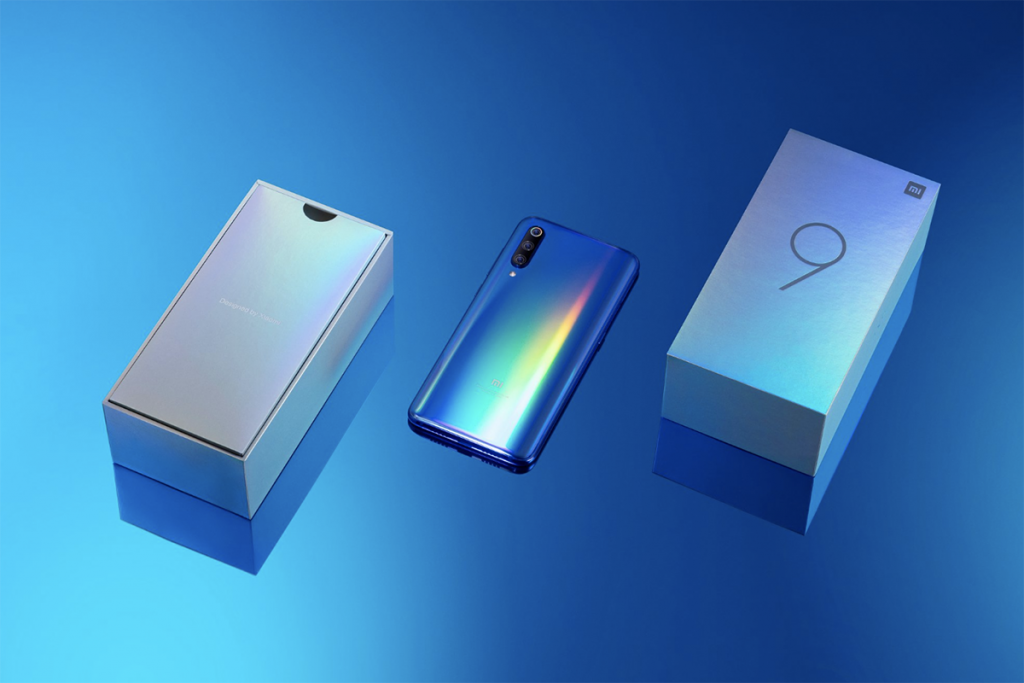 This sadly won’t be available straight out of the box, but if you buy the separate Mi Wireless Charging Pad (pricing for that is yet to be confirmed) then Mi 9 will apparently rocket from empty to fully charged in 90 minutes. That’s very quick for wireless charging, which usually takes a good couple of hours on most big smartphones.

Even if you don’t shell out for the wireless charger, its 3,300mAh battery will apparently get to 70% in 30 minutes (or fully charged in 60 minutes). Pretty handy if you’ve just woken up with a hangover to find it down the side of the sofa.

The main design difference between the Mi 9 and its predecessor is its curved back and reduced chin estate. In fact, it has a lot in common with the Huawei Mate 20 Pro – right down to the shimmering, colour-shifting finish.

Speaking of which, Xiaomi Senior Vice President Wang Xiang spilt some more details on the Mi 9 design. “We used nano-level laser engraving holographic technology and dual layer nano coating to create this beautiful and unique color,” he said. We reckon that’s an improvement on the slightly gimmicky see-through back of the Mi 8 Pro, and its curved back does make it feel very comfortable in the hand. 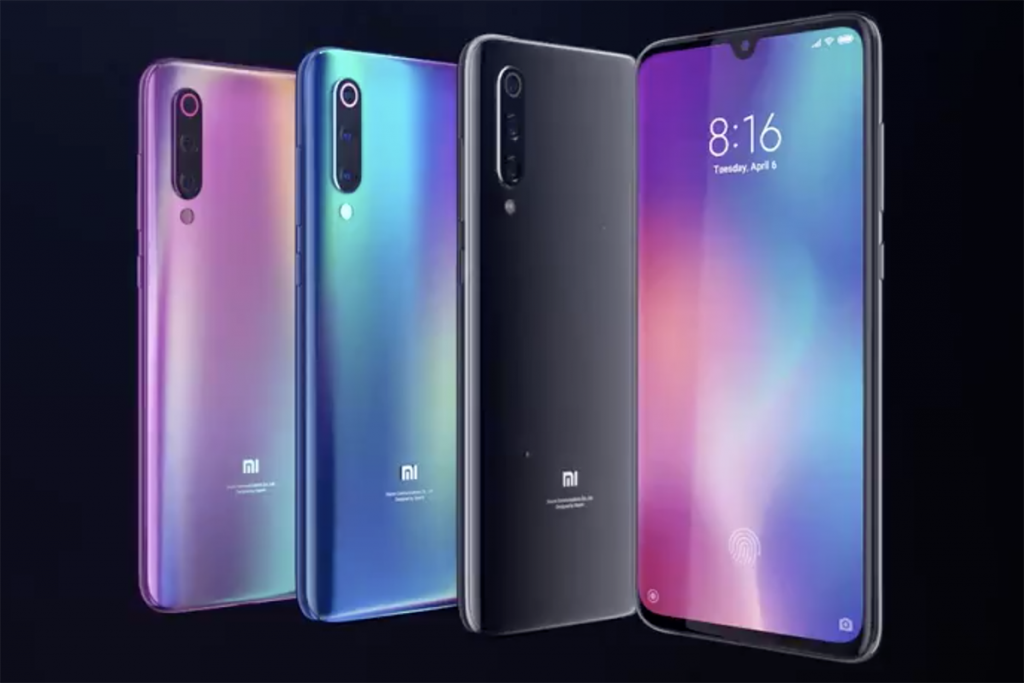 You’re not going to be staring at the back of your phone all day though, so what about the front? There you’ll find a 6.39-inch AMOLED display with an in-screen fingerprint sensor that apparently unlocks the phone 25% faster than than on the Mi 8.

At 1080×2340, the screen is the same size and resolution as the one you’ll find on the OnePlus 6T, if slightly lower-res than the pricier Huawei Mate 20 Pro.

Overall, the Xiaomi Mi 9 is a very handsome phone for its price tag, with a higher screen-to-body ratio than its predecessor and a scratch resistant, sapphire glass cover for its three cameras. Talking of which…

Perhaps the most exciting thing about the Xiaomi Mi 3 are its three cameras – yep, this is the first time it’s made a phone with a triple-camera setup.

The main camera has a 48-megapixel, 1/2-inch sensor (the Sony IMX586), which is the same one used inside the Honor View 20 – expect that phone is a slightly pricier and includes it as part of a two-camera setup.

Nestled in between the first two cameras is laser AF, which should help nail the autofocus in lower light when the phase detect system falls short.

That’s a lot of raw power, but what can you actually do with it? Quite a bit because, like Huawei’s phones, there’s a lot of ‘A.I’ software tricks to help you out. If you’re in the wide-angle mode, it’ll apparently help correct distortion. There’s also some smart metering to help get the exposure right, while the minimum distance for macro photography has been reduced down to an impressive 4cm.

The Xiaomi Mi 9’s front-facing setup similarly impressive, with a 20-megapixel sensor and backed up by a 2-megapixel chip that’s on-hand to provide depth-sensing for adding background blue to selfies and video.

We’re looking forward to taking the Xiaomi Mi 9’s camera, and the phone itself, out for a spin soon before its arrival in the UK in late March 2019.

What do you think, are you excited about the Xiaomi Mi 9 or will you be holding out for news on the OnePlus 7? Let us know on Twitter @TrustedReviews.