Xiaomi Mi 8: Everything you need to know about the iPhone X rival

Xiaomi’s Mi 8 is the Chinese phone company’s flagship for 2018 and like every other handset’s flagship it too will feature an edge-to-edge display broken only by a ‘notch’ on its upper edge.

But that’s not the only similarity the Mi 8 bears to the iPhone X. It has a pair of cameras on its rear that are arranged vertically (both are 12 megapixel), and the front of the Explorer Edition of the phone features a 20MP camera equipped with infrared face unlocking technology (which sounds a lot like Apple’s Face ID to us).

Elsewhere, the phone is every bit the flagship Android device we’d expect in 2018. It’s got Qualcomm’s top of the line Snapdragon 845 chip, and a 6.21-inch AMOLED display.

In terms of software, the phone will run Xiaomi’s MIUI 10 skin on top of Android (which we’ve got our fingers crossed is version Oreo, but Xiaomi wasn’t able to officially confirm this) and Xiaomi is also packing in its own Xiao Ai voice assistant.

The phone will be available in three different versions; a compact Xiaomi Mi 8 SE , the standard Mi 8, and a premium Mi 8 Explorer Edition – the trio ostensibly rivalling the iPhone SE, iPhone 8 and iPhone X, respectively.

Before we get into the nitty gritty differences between the three, though, here’s the basic info. 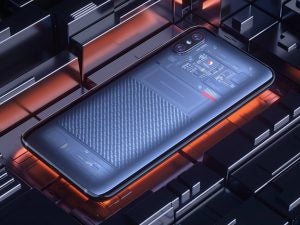 The Xiaomi Mi 8 is due to release in China on June 5, while the compact Mi 8 SE is due to be released a couple of days later on June 8.

Meanwhile the Mi 8 Explorer Edition is due to be launched later, although Xiaomi has so far not announced an exact release date.

Is the Xiaomi Mi 8 coming the UK?

So far, we haven’t seen any details about an official launch in the UK.

In the absence of a full UK release date announcement, we don’t have any official word on what the price might be over here.

Instead, we’re forced to guess what the price will be based off of the Chinese pricing. The standard Mi 8 will be priced at 2699 Chinese yuan, which works out at around £316. 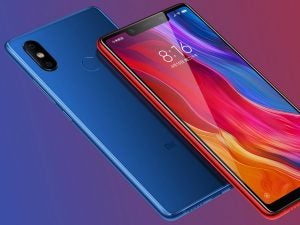 Xiaomi Mi 8 vs SE vs Explorer Edition: What’s the difference?

The Xiaomi Mi 8 SE is the cheapest and smallest of the three handsets. It has a 5.88-inch AMOLED screen compared to the 6.21-inch screen of the other two devices, and downgrades the processor from a Snapdragon 845 to the newly announced mid-range Snapdragon 710.

Other than that, the SE is every bit the same phone as the Mi 8 and Mi 8 Explorer edition, with the same software, cameras, and dual-frequency GPS.

Meanwhile the Explorer Edition is the premium specced handset out of the three, with a transparent glass rear which shows off the device’s internals. This means that there’s no space on the back for a rear-mounted fingerprint scanner, so instead the phone will be equipped with an under-display fingerprint scanner from Synaptic.

There’s a lot going on with the new phones, and we’ll be very interested to see if they make their way to the west. If they can bring along their budget price tags then they could be very tempting indeed.

Which of the new Xiaomi Mi 8 handsets are you most tempted by? Get in touch with us @TrustedReviews