Xiaomi launched the £1000 Mi 10 Pro this year. We were impressed by the phone’s fantastic specs, awarding it a very respectable four stars. Now, it looks like it’s the T-series’ turn for an update and we’re excited to see what Xiaomi has in store. Here’s everything we know about the Xiaomi Mi 10T Pro so far.

A year has passed since Xiaomi released the Mi 9T Pro, offering great performance, design and camera at a mid-range price. However, if the most recent rumours surrounding the 10T Pro are to be believed, fans of the budget-friendly 2019 handset could be in for a surprise.

Scroll down for all you need to know about the Xiaomi Mi 10T Pro, including release date, price, design and specs. Make sure to bookmark this page too as we update it in the run up to the launch.

Xiaomi has yet to announce an official release date for the Xiaomi 10T Pro. However, with rumours mounting up and last year’s September 13 announcement date having come and gone, we don’t imagine we’ll have to wait long to see the 10T Pro unveiled.

The company has hinted at a 5G phone launch in September, so it’s possible we’ll see the 10T Pro as soon as this month.

According to Weibo user Digital Chat Station, the Xiaomi 10T Pro will be priced at €699 – that’s around £638 here in the UK.

That’s quite the jump from the £399 9T Pro, which offers 6GB RAM, 128GB storage and undercut many mid-range rivals, such as the OnePlus 7. The increase in price is bound to put some 9T Pro users off upgrading, regardless of how many premium specs Xiaomi is able to pack into the phone.

Xiaomi has done a decent job of keeping images of the Mi 10T Pro under wraps. That said, a few photos have managed to slip past the company’s guard.

The first is a render by Abhishek Yadav on Twitter with information that matches the specs mentioned in the next section of this guide. Yadav also alludes to a possible side-mounted fingerprint scanner but says that he isn’t sure about that detail. 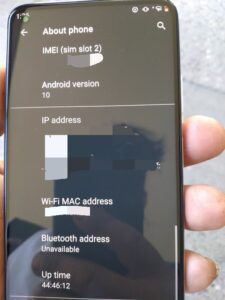 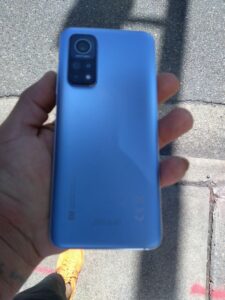 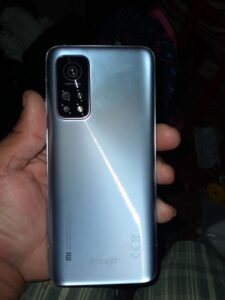 A listing on OfferUp also gives us a preview of 10T Pro’s design. The images, which were uncovered by XDA Developers, appear to show off the front and rear of the phone, with slim bezels and a punch hole front camera in the upper left corner.

Xiaomi is rumoured to have three versions of the Mi 10T in production this time around, including a ‘Lite’ model (via Android Authority). It’s possible that the latter will provide a more affordable option for those hesitant about splashing out £600+ on the phone.

According to information found on Amazon Spain, the Pro will boast a 108-megapixel camera and a hefty 5,000 mAh battery. The smartphone is powered by the Qualcomm Snapdragon 865 SoC and comes with 8GB RAM and a choice of 128GB or 256GB of storage. The listing also mentions a 144Hz AMOLED display.

The image leaked by Digital Chat Station – and later shared by Ice Universe – matches these specs pretty much word for word. The only spec up for debate is the display. While Sudhanshu and Ice Universe agree on the 144Hz refresh rate, Ice Universe predicts we’ll see an LCD screen, rather than a more contrasted AMOLED.