That major Xbox One update is coming this November

We might be treated to an Xbox One update every month, but the big one we’ve all been waiting for is coming this November.

And by that we mean the Xbox One update that will bring with it a host of Windows 10 features including Windows 10 Universal Apps.

But you’ll immediately notice that the update will deliver you a brand new Xbox One UI, which Microsoft claims is a “completely designed experience that will be faster and easier than ever before.”

Of course, that means that Xbox One backwards compatibility is coming to all Xbox One users this November too.

Microsoft also revealed that all future Xbox 360 titles offered with the Games with Gold service will also be backwards compatible at release. That means you get even more value from your Xbox Live Gold subscription each month if you have an Xbox One. 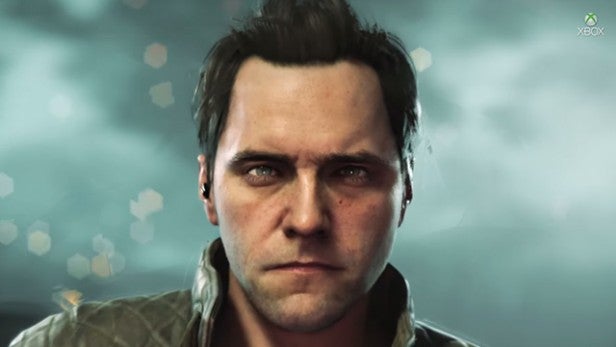 Microsoft allowed Quantum Break to start off its Gamescom showcase, revealing fresh gameplay for the upcoming Remedy title and the release date.

The lengthy trailer gives us a bit of insight into the game’s storyline and exploration of time, through the game’s protagonist –

“When Paul came back, he came back wrong. Older,” explains Jack Joyce. “When Time Break changed Paul, it changed me too.”

In Quantum Break, two different elements – the game and a in-game live show – combine to create a game that’s quite unlike no other.

Shawn Ashmore of X-Men fame plays Joyce and took to the stage alongside Remedy’s Sam Lake to show just how the live action TV portion of the game will work.

The Quantum Break release date has been set for April 5 2016, exclusively on Xbox One.

The upcoming Crackdown sequel will offer you a full destructible city, Microsoft has revealed.

Although you weren’t really allowed to call it that before, Crackdown 3 is the official terminology being used by Microsoft now — just to keep you in the loop.

Crackdown 3 will also feature transforming vehicles that you’ll be able to use to traverse the sprawling city.

Microsoft also took time to show off the first ever Scalebound gameplay, with some awesome combat shown off.

In Scalebound, you play as the young man from Earth, Drew. He, alongside his dragon, must fight through the soldiers of an ancient empire in the land of Draconis.

The combat shown off during the Gamescom presentation sees Drew working in tandem, with Drew able to give his dragon companion commands throughout the battle.

It seems like Drew acts as the melee combatant, while the dragon deals the heavy hits from above.

TV DVR coming to Xbox One

Sometime next year, Xbox One TV DVR support is coming. Microsoft has confirmed it.

One of the most fan-requested features, Xbox One TV DVR will allow you to record free to air TV and cable directly to your Xbox One. That also means you’ll be able to schedule recordings and even take your shows on the go with Windows 10.

The feature will allow you to record shows while you’re playing a game, meaning you won’t miss the latest episode of Eastenders if you’re stuck in a sick Call of Duty match.

You’ll need to enable Instant On, but if you do, you’ll be able to let you record shows even when you’re not at home.

Any content that you’ve recorded will be stored within the OneGuide in a brand new DVR section.

Thanks to the integration of Windows 10 on Xbox One and vice versa, any TV shows or other content you have stored on your Xbox One can be streamed to your Windows 10 PC, tablet or laptop.

You’ll even be able to watch them offline by downloading them to your Windows 10 device, meaning you don’t need an internet connection all the time — or even be at home to watch them.

Microsoft has confirmed that TV DVR on Xbox One will be a subscription-free service coming in 2016.

There’s an Xbox One Chat Pad coming later this year

For those of you looking to have a better way to chat to your mates on Xbox One, there’s a new Xbox One Chat Pad coming later this year.

The Chat Pad will feature audio controls, a stereo jack for your headset and, of course, a full QWERTY keyboard.

It will also add two programmable buttons to your Xbox One gameplay, which we think you’ll probably use for screenshots and game DVR.

The Chat Pad will be compatible with all Xbox One controllers and will work with Xbox One and Windows 10 when it is released.

You’re looking at a full launch in November, with pre-orders available now. 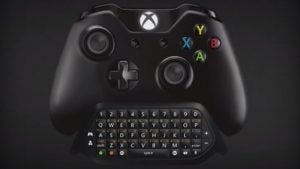 We got the first Dark Souls 3 gameplay

Dark Souls 3 is coming and we can’t quite believe it. But it’s becoming more of a reality thanks to the first gameplay trailer release.

It showed off various horrible enemies, some rather grand ruins and even a giant skull.

Our hero is seen impaling a corpse with a flaming sword to create a new bonfire — oh how we love them. We also get a look at the short bow, which will hopefully mix up the ranged combat in Dark Souls 3.

The Dark Souls 3 release date still lies somewhere in the vastness that is 2016.

And a first look at the Homefront Revolution gameplay

It’s been a bit of a rocky road for Homefront Revolution, but it’s finally back on the map with a new gameplay trailer shown during the Xbox Gamescom press conference.

The game gives us a look at a fallen America controlled by an unknown power, with the trailer exploring the Homefront Revolution single-player. It will also offer a “compelling” co-operative multiplayer mode at launch too.
Players will have to use technology as a guerrilla soldier to overcome their enemies. In the trailer, the player is seen hacking to get local maps, or using remote controlled drone to survey a guarded area before an attack.

One of your objects will be to get the communications relay re-established, as the enemy has everything locked down.

The developer, Dambuster Studios, is working closely with Microsoft for Homefront Revolution and that means there’s some exclusive access inbound.

Although FIFA 16 will be focused on three main things when it’s released focused on three big things — innovation across the whole pitch, the ability to compete at a higher level with FIFA trainer and the introduction of female teams — Xbox One gamers will get some exclusive features.

For those of you that are EA Access members, you’ll get exclusive 10 per cent savings on FIFA Ultimate Team points and get the game up to a week early before it hits shelves on September

EA Access – Exclusive savings. 10 per cent savings on FIFA Ultimate Team points. Get in the game up to a week early before it hits shelves on September 22.

Xbox One gamers will also get exclusive access to FIFA Ultimate Team Legends and a new feature called Legends Connections. This gives you more combinations to build your ultimate squad and get better players. For example, two Argentian players will have a better connection than someone from another team.

There were also two FIFA 16 Xbox One bundles confirmed for launch. There is a choice of 1TB or 500GB consoles, but both bundles include a digital copy of FIFA 16, three Legends players and a subscription to EA Access so you can get the game early. 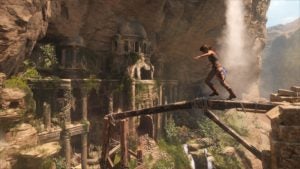 Rise of the Tomb Raider will feature a skill tree where you’ll be able to unlock guerrilla combat skills and add more versatility to Lara’s attacks. Microsoft explained that the inclusion of guerrilla combat encourages choice and growth in your combat, and means that no-one will experience the combat in quite the same way.

The video also featured Lara swimming underwater and executing stealth attacks against members of the Trinity. This is a mysterious organisation that just also happens to be searching for the same lost nation as Lara.

She’ll also has the ability to throw items to distract her enemies so that she can move undetected.

It’s quite clear that there’s a larger emphasis on stealth in Rise of the Tomb Raider.

Turn 10 has some big claims for Forza 6. In fact, it claims that the Forza 6 rain effects are “unprecedented in gaming” according to a new interview with IGN.

But that doesn’t sound too far from the mark, thanks to the latest trailer reveal at Gamescom, which shows off the rain effects and night racing coming to Forza 6 — two huge fan requested features.

And it looks pretty spectacular.

Just take a look for yourself:

Creative Assembly and 343 Industries has confirmed Halo Wars 2 is coming to Windows 10 and Xbox One in the autumn of 2016.

The original Halo Wars was published in 2009, developed by the now shuttered Ensemble Studios.

We’ve not heard anymore about Halo Wars 2 but you can watch the teaser trailer.