10 tips to help you get better at World of Warcraft levelling, raiding, and PVP

It’s been a long, elf-laden decade since World of Warcraft first landed on PCs back in 2004, and the still-gargantuan player-base is proof alone of the game’s success.

Warlords of Draenor launched on November 13 and counted itself as the fifth expansion in the series. Woe betide completionists however, as Blizzard’s new orc-toting fare bundles on even more lore, quests, and dungeons for you to lacerate, incinerate, and obfuscate your way through.

Unfortunately for global productivity, the heaps of content on offer paired with Earth’s meagre 24-hour days means you can’t afford to waste a moment in Blizzard’s fantasy epic.

We’ve rounded up the best tips and tricks to help you put the right greave forward on your travels around Azeroth, Draenor, and beyond… 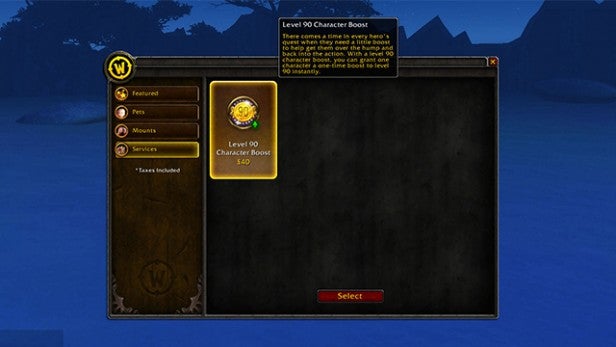 1. Use your 90 character boost, and use it wisely

Warlords of Draenor saw the addition of character boosting – one of Blizzard’s most contentious decisions to date – that lets you rank one character up to level 90 instantly, even from a fledgling level 1. Simply buying the expansion gives you access to a free boost, after which subsequent boosts see a £40 premium tacked on – so use it wisely.

Blizzard’s main reasoning behind the move was to entice older players into returning to the game. This is an easy way to hop straight across to a friend’s server, risk-free. You can also try out a new class sans the suffering that comes with the 0-90 grind.

The boost is designed to be as simple as possible; a fresh level 90 character will even learn its skills slowly to ease you into your new role. You get dropped into Draenor with level-appropriate gear too, in case you were worried about battling across the new zones au naturel. 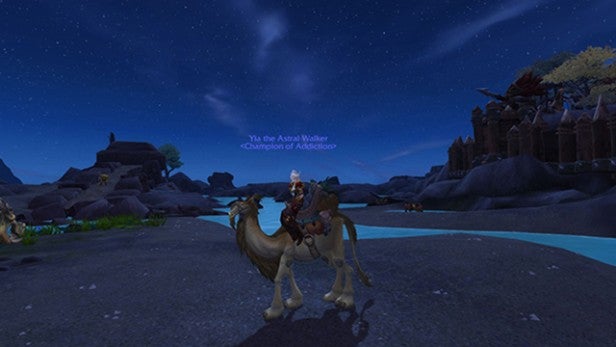 2. Find yourself a rare mount for your Draenor travels

Running around is great and all, but eventually you’ll tire of the leg-lugging life and seek nippier passage. A horse, perhaps? Nay, sir! Thy travel-firmed derriere deserves far more regal transit. Blizzard, thoughtfully, has crammed Warlords of Draenor full of fancy-pants locomotion.

For starters, there are eight new achievement mounts, ranging from the Felfire Hawk (obtain 250 mounts) to the Gorestrider Gronnling (complete Glory of the Draenor Raider). There are also fifteen different Garrison-related mounts – the Trained Icehoof comes courtesy of 12 completed stable quests, while the Armored Frostboar is sired by the Advanced Husbandry achievement.

As far as new profession mounts go, two exist in Draenor specifically: Tailoring brings the Creeping Carpbet, Leatherworking the Dustmane Direwolf. There are also 8 reputation and vendor mounts, all of which tout hefty price tags. Two PvP mounts landed in WoD too: the Vicious War Raptor, and the Vicious War Ram, one for each faction.

Finally there are seven coveted ‘rare spawn’ mounts, which pop up on set roaming paths. Be prepared to camp hard, as these paths are typically well travelled by similarly minded mount hunters. 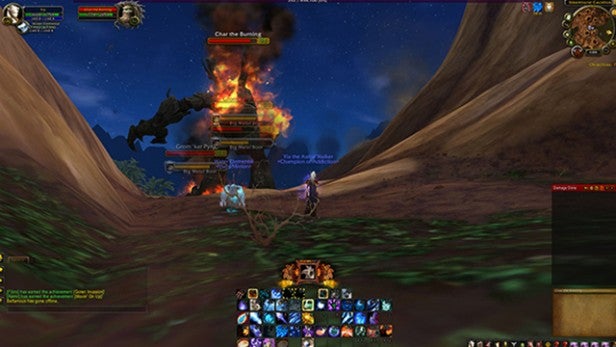 You’ll find rare mobs – signified by a silver dragon encircling the NPC’s combat frame and a grey skull on the mini-map – dotted all around Draenor, most of which will proffer wearable goodies upon death. There’s even a small chance for loot picked up from rare mobs to upgrade to epic quality, marking mob-hunting as an assuredly worthwhile endeavour.

At level 100 however, these rare mobs become much more valuable. Nagrand is the best spot to hunt down level 100 rares, although be warned; they’re tough to beat and many will require a group effort to successfully down. Should you emerge victorious however, you’ll receive items that can be traded in for faction reputation. More on that later… 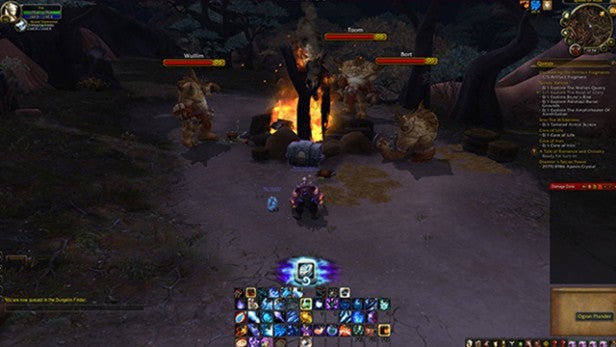 4. Stray from the beaten path and embrace hidden goodies

Draenor is a melting pot of compelling lore, whimsical dialogue, Nat-Geo worthy vistas, and Hollywood-rivalling cut-scenes. Unfortunately it’s easy to miss when you’ve got your level 100 blinders on.

It’s worth occasionally slowing down the pace and keeping an eye out for goodies during your adventures. Take, for instance, Shadowmoon Valley’s Gorum NPC – a wretched, hunched creature that lives in a cave and drops a ‘precious’ ring that makes you invisible. Coincidental mirroring of LOTR’s Gollum? Unlikely.

There’s also a Hobbit reference in the Spires of Arak, where you’ll find three Orgron encircling a campfire, sitting next to a box of treasures that contains 12 Dwarf Beard Rings and a Burglar’s Vest – an undoubted throwback to the book chapter ‘out of the frying-pan, into the fire’.

It’s not all Tolkien mimicry though – head over the base of the cliffs in southern Nagrand and you’ll find an unfortunate ‘Clumsy Adventurer’ who fell off, lying next to a lootable treasure pouch. Poor sod. 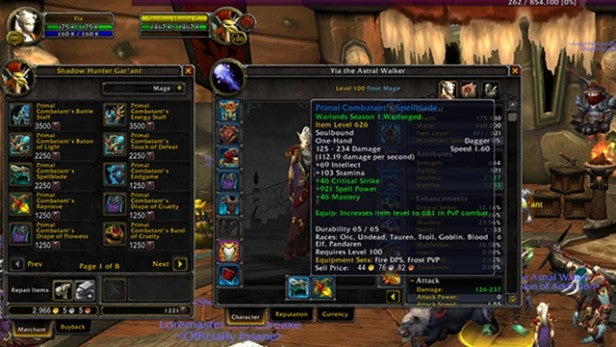 5. Use battlegrounds to gear up quickly for heroics

Level 100 might sound pretty mighty on paper, but chances are you’ll be rocking some seriously flimsy gear by end-game accounts. Unfortunately this means you’re a dead cert to weigh in below the item level requirements for heroic dungeons. If you’re not a tank or healer, you’ll be faced with lengthy normal dungeon queues too, which rules that out for a speedy gear-up.

The neatest trick to circumvent an otherwise agonising wait is by collecting PvP gear. Battlegrounds can often see queues clock in under the five-minute mark, trumping hour-long DPS dungeon waits. There’s no honour cap anymore either, so you can farm to your heart’s content and bag yourself a full set of PvP gear in no time. It might not be the most glamorous body-borne swag, but it’s guaranteed to push your iLvl just high enough to grant entry into heroic runs – that’s where the real goodies drop.

6. Make sure to farm Apexis crystals for the best gear

Warlords of Draenor saw the eschewing of Valor points, with Blizzard instead opting for Apexis Crystals. They’re useful for a number of things, namely buying yourself some ritzy iLvl 630 gear and mounts. Collecting them is also a mandatory requirement for the legendary ring quest-line, so it’s in your interest to farm them efficiently.

The main way to fill up your Apexis coffers is by running the daily quest at your garrison – do the solo version and you’ll bag 800, form a group and get 1000. Being consistent means a minimum of 7000 crystals per week.

There’s also Apexis Crystals to be earned from Garrison invasions, luck with Garrison crates, or your bog standard rare- or daily quest-mobs. 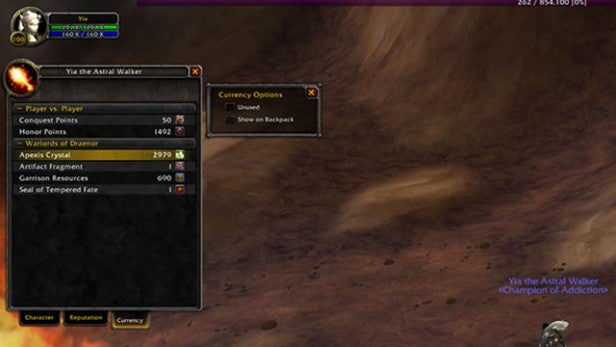 7. Build up reputation with Draenor’s most exclusive factions

Remember earlier when we mentioned reputation items? Well earning reputation with factions is a little tougher in Warlords of Draenor than in previous expansions, and now requires the mass culling of Draenor’s rare fauna at your expense.

It’s worth your time and energy to build up good reputation with factions though, as ‘exalted’ status can see a whole world of otherwise impossible-to-acquire vendor items open up to you – epic gear, mounts, and cosmetic items included. 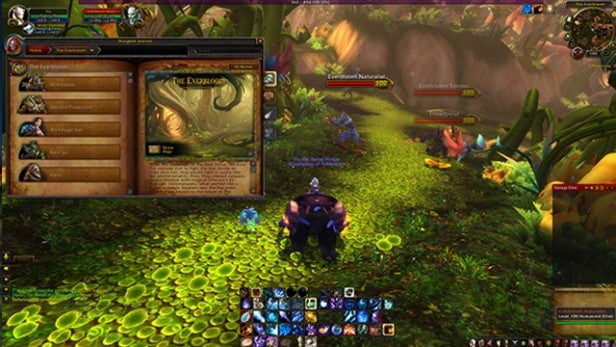 Hey, you! Pointy-ears who keeps dying! We get it. It’s your first time in the dungeon, you’re assaulting the boss with all the steel and thunder you’ve built up over your travels, but it’s all proving a bit fruitless because two minutes into the fight you suddenly explode and find yourself staring at a floored corpse.

For the both the Warcraft green and the battle-hardened veterans, there exists a common problem – lack of awareness in fights. Well before you start beating away at the boss in relative ignorance once more, hit shift-J on your keyboard and take a look at the Dungeon Journal. Now we know what you’re thinking – the Dungeon Journal has been in the game for ages. Unfortunately it’s one of the most overlooked features Blizzard has ever implemented.

This oft-forgotten guide outlines everything a boss will throw at you – giant fireballs, floor-spikes, glowing purple zones of death, the lot. It even recounts the loot a slain beasty might drop should you manage to avoid death next time round. Five minutes spent reading up on a fight can prevent hours of wiping, and that goes extra for raiding too. Do yourself, and everyone around you a favour, and read before you bleed. 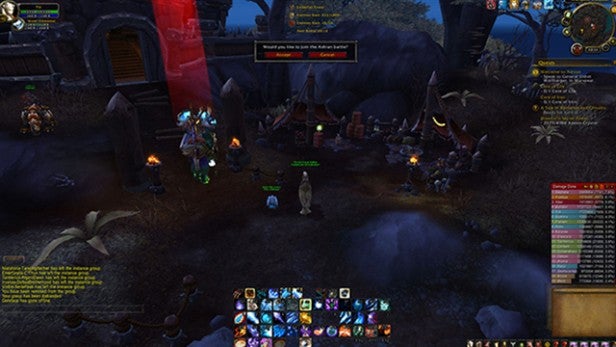 Ashran Island is a level 100 PVP free-for-all zone that sees Alliance and Horde lock horns once more, this time on a hunk of rock just off the coast of Tanaan Jungle. It also plays host to this expansion’s pseudo-capital cities – Horde’s Warspear and Alliance’s Stormshield.

The island is unique because the battle is always raging, which makes it both very fun and very treacherous. Despite health and safety concerns however, persistent battlefield success will eventually see you bagging the much-coveted iLvl 660 Conquest gear, making Ashran Island an especially lucrative spot to haunt.

So how does it work? Most of the combat takes place in the central vein of the island – which runs straight between the Horde and Alliance hubs – with opposing factions fighting for dominance across five capture points. There’s also an Ogre King lurking amidst the carnage, who can be re-summoned as a faction teammate by players that can successfully slay him.

The best approach to not getting destroyed in Ashran is sticking with a team – stray away and roving enemy players will pick you off with ease. Grab a band of buddies and make it your mission to shut down the Ogre King though, and you’ll find claiming the capture points a relative breeze. 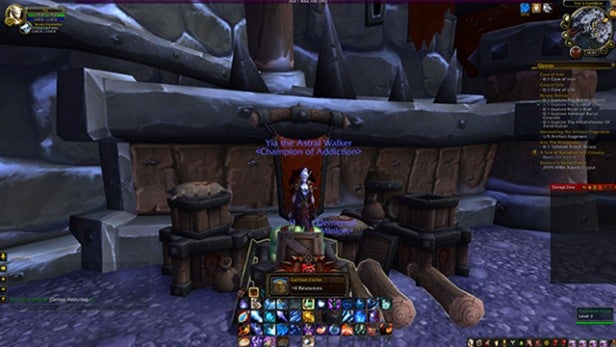 Perhaps the most mooted addition to Warcraft, courtesy of WoD, is the Garrison system. Your Garrison is your own personal hub – a citadel designed to act as a base during your Draenor campaigning.

It’s also a brilliant source of income, entertainment, and loot. For starters, make sure to loot your garrison cache – those crates near the town hall – daily. It stocks up between 6-10 ever-valuable resources per hour, capping out at 500 total.

Also make sure you’re keeping your followers busy questing, as mission rewards can bring in some seriously sexy spoils.

It’s also worth choosing your buildings sensibly. The lumber mill is a great choice for gathering resources quickly. Small buildings, meanwhile, are best used to cater for your professions – alchemists will want the Alchemy Lab, while enchanters will find most use from the Enchanter’s Study. This allows your to get your profession level to 700, and will help you bag all the necessary recipes too.

There’s also the easy-to-miss underwater cave – dive down through the fishing pond and you’ll find a cave below the fishing hut. Head inside and you can loot Lady Sena’s Other Materials Stash.