It’s been a fantastic week for Qualcomm. The company stopped off in sunny Hawaii for its annual tech summit and to announce some game-changing new products.

Meanwhile, Huawei may not be our loser this week, but the Chinese tech giant still gets an honorable mention for its part in our decision to crown Prime Minister Boris Johnson with the title. 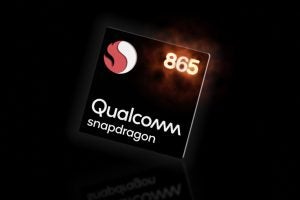 Qualcomm jetted off to Hawaii this week for its annual tech summit, taking a number of lucky journalists – including our own Peter Phelps – with it.

There, the company unveiled what will surely be two of the biggest chipsets of 2020 along with a plan to bring 5G to the masses in 2020.

The top-of-the-line Snapdragon 865 promises to improve on its predecessor with two times as fast AI processing, speedy two Gigapixel per second photo snapping and by bringing “desktop features” to mobile gaming.

While the 865 doesn’t include its own integrated modem, Qualcomm opting instead to rely on the X55 for all your high end 5G needs, there was some truly exciting news for those of us looking to get on board the next-gen network without paying wildly out of pocket.

The mid-range Snapdragon 765 will have an integrated 5G modem.

This is huge news and could make it possible for a crowd of budget-friendly 5G smartphones to flood the market in 2020. Qualcomm seems optimistic too – the company predicts that 200 million users will be able to access lightning fast 5G download speeds by the end of next year, with that number anticipated to rise to 2.8 billion by 2025.

Motorola, Xiaomi, Oppo, Realme and Nokia are among those already confirmed to be using one or both of the new chips in 2020 so, if you have an update on the horizon, it might be worth holding out a bit longer for one of these 5G powerhouses. 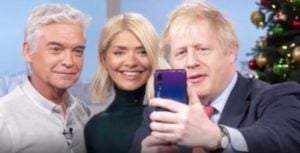 As if not being able to get its hands on any shiny new Qualcomm components for a good portion of 2019 wasn’t enough, Huawei now has to deal with the British public associating its name with Boris Johnson.

Sure, Johnson may be doing well in the polls but nobody knows what a disaster it can be when smartphones and controversial, blonde-haired world leaders combine better than Huawei.

The Prime Minister baffled viewers on Thursday morning when he attempted to take a selfie with This Morning hosts Philip Schofield and Holly Willoughby and pulled out what appeared to be a Huawei P20 handset.

We say “attempted” because Johnson reportedly had a rough time taking the selfie. According to Schofield, the Prime Minister didn’t know he needed to press a button to take the photo.

Bizarre lack of camera skills aside, Johnson confused viewers when he pulled out the Huawei phone – and it isn’t hard to see why.

Huawei’s name is shrouded in uncertainty in the UK right now with officials hesitant to allow a company with such a cushy relationship with the Chinese government to play an important role in building the country’s 5G infrastructure.

Johnson himself seemed to keep an open mind on Huawei’s involvement speaking at the NATO summit this week, but a spokesperson for Johnson nevertheless tried to dismiss the This Morning confusion by stating that the phone didn’t belong to Johnson.

Unless Johnson grabbed someone else’s phone on the way onto the This Morning set, it sounds as though the Prime Minister might need to work a bit harder if he wants to shake the public’s concerns about his position on China in time for the election next week.