Microsoft was always going to feature in our Winners and Losers column this week, as it unveiled a number of devices at its Surface Event presentation.

The only question was whether Microsoft’s showcase was going to be a triumph or a disappointment – and things didn’t start too sweetly when chief product officer Panos Panay rambled on about his daughter playing the piano.

Fortunately Microsoft eventually pulled it out of the bag, especially thanks to two massive surprises at the end of the conference that’s likely to send tremors through the tech industry come Q4 2020.

HTC also had a significant week, as it released its new Vive Cosmos virtual reality headset. With Oculus pulling ahead in the VR face-off earlier this year, HTC had a tough task of persuading VR pursuers that the Vive Cosmos was the headset to go for.

With interest in VR fading fast, you could arguably say it was make or break for the Vive family. Sadly, initial reviews suggest the latter outcome is the most likely.

Microsoft showed off many impressive products at the Surface Event, most of which weren’t a massive surprise thanks to multiple leaks. The Surface Laptop 3 and Surface Pro 7 saw the continuation of hugely popular product ranges, but they weren’t exactly exciting.

Microsoft didn’t let its presentation end without a shocking reveal though, as it announced both the Surface Neo and Surface Duo. The latter of these looks to be the most exciting, as Microsoft confirmed its return as a smartphone manufacturer, and what a comeback it looks to be.

The Surface Duo already looks to be one of the best-looking foldable smartphones we’ve seen, with the device opting for a hinge mechanic instead of trying to make a bendy screen, which Samsung found to be no easy task with the Galaxy Fold.

If there were any reservations about foldable phones, Microsoft looked to dash them with brilliant demonstrations about how doubling up on a 5.6-inch display seemed to make it far easier to multitask.

A trailer of the Surface Duo also teased someone playing Xbox games on the smartphone device. While this handheld certainly won’t have the grunt to play the likes of Forza and Halo independently, it does seem to be the perfect portable to make use of Microsoft’s Project xCloud cloud-based streaming service.

With two screens, the Surface Duo can be held like a Nintendo DS, with one panel dedicated to touchscreen input and the second display reserved exclusively for the in-game action. Alternatively, if you fancy using an Xbox controller instead, you can prop the Surface Duo up on a desk and start gaming.

The only gripe we have with the Surface Duo is that it won’t be available to buy until Christmas 2020, which is an unbearable wait for what looks to be one of the most promising foldable smartphones. 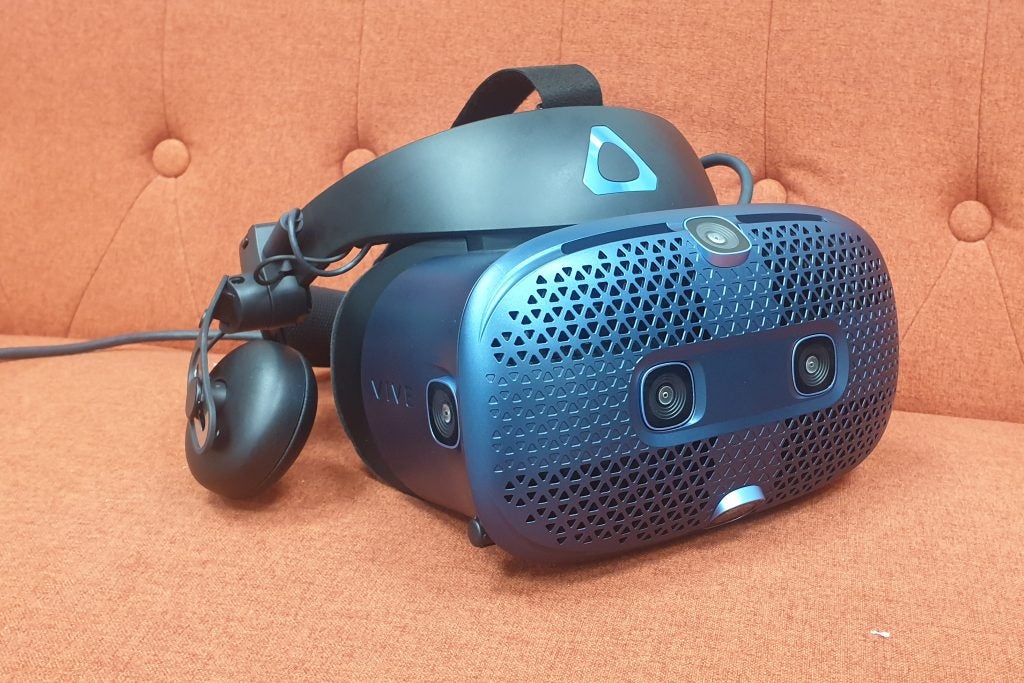 Loser: Vive’s at the end of its VR tether

HTC launched the long-anticipated Vive Cosmos this week, but despite the new VR headset flaunting flashy improvements over the vanilla Vive – including inside-out tracking, a super-high resolution and a wonderfully ergonomic design – it still felt strangely outdated before it had even hit the shelves.

The Vive Cosmos requires a wired connection (unless you buy the Vive Wireless Adapter separately for £299) to a high-spec gaming PC to function. That was the norm for VR headsets not so long ago, but then the Oculus Quest arrived earlier this year to universal praise and ditched the tether in favour of wireless freedom.

Sure, the Oculus Quest doesn’t offer high-fidelity visuals and isn’t powerful enough to run the likes of Skyrim VR and Doom VFR, but the convenience of not being tethered to a computer or having to deal with a lengthy, tedious setup easily made up its shortcomings.

Following the Quest, the Vive Cosmos bizarrely feels like a step backwards despite being £300 more expensive. It wasn’t just the computer-linking cable holding this VR headset back either, as the inside-out tracking performance is laggy when the hosting room’s lighting condition isn’t eye-searingly bright. Since VR headsets are already fussy in regards to what rooms it can function in, this could well be problematic for many prospective owners.

What’s worse, Facebook recently announced the Oculus Quest will soon be upgraded via software patches, enabling incredible features such as hand tracking and optional computer link up, which will allow it to play the same high calibre games as the Cosmos.

Of course, we’re not saying there is no market for the Vive Cosmos, as VR enthusiasts who want high-fidelity game visuals may well prefer it to the Quest. But will it sell as many units as the Quest and become a positive talking point for the future of virtual reality? It’s not looking likely.