It has been a relatively quiet week here at Trusted Towers. We’ve been basking in the post-E3 afterglow, bedding in to our new office, and enjoying the World Cup. But there’s been no shortage of headlines.

EE got walloped with a £100k fine for spamming folks with texts, the new the new DisplayPort 2.0 standard – which paves the way for 16K monitors – was announced, and Microsoft co-founder, ex-CEO, ex-chairperson, and cheeseburger enthusiast Bill Gates admitted that his biggest regret was not making sure that Windows Phone beat Android,echoing what Steve Ballmer said nearly three years ago.

Maybe Gates’ll give Ballmer a call and start to patch things up, if they’re not already talking again? We sincerely hope that they do/are – life’s too short, so bury the hatchet, guys.

There have been two huge stories this week that stand above all others. The first is the news that veteran Apple employee Jony Ive is stepping down as Cupertino’s design chief to launch his own freelance design agency, LoveFrom (wait ‘til you find out who their first client is…). The second is that U.S. ISP Verizon accidentally allowed a ton of Internet traffic to be routed through the provider of a tiny steel mill in Pittsburgh, which made the likes of Discord, Crunchyroll, and Gmail go a bit broken.

Without further ado, here’s a recap of the week’s two biggest winners and losers: Winner: Jony Ive got my P45

Sir Jonathan ‘My Little Jony’ Ive can point to an impressive legacy of design milestones during his time at Apple. Perhaps best known for the iPod and its iconic clickwheel – a hybrid scroll wheel and confirmation key, for those of you too young to remember the pre-touchscreen era – Ive has worked on a number of key Apple products. These include the iPhone, the MacBook, and he eventually even had a hand in the look and feel of iOS, ridding the skeuomorphic design elements of earlier versions of the software, with a more pared down (and in my opinion, boring) ‘flat’ design.

But Ive’s decided that his tenure at Apple is now over – and he’s announced that he’s breaking away to form his own venture, LoveFrom.

As if his impressive resume wasn’t enough to ensure that he’s going to be kept busy for as long as he wants to be, it’s already been announced that LoveForm’s first client will be none other than… Apple itself. So while Ive won’t have a direct hand in future iProducts, we can expect to see touches of his design magic flourishing on forthcoming Apple devices and services.

Who knows, Google may hire Ive to help with the design of Android U (assuming that’s what the Android Q successor will be called) or, if Huawei really does want to launch its own mobile OS, Jony could be hired to help out with Hongmeng, too. 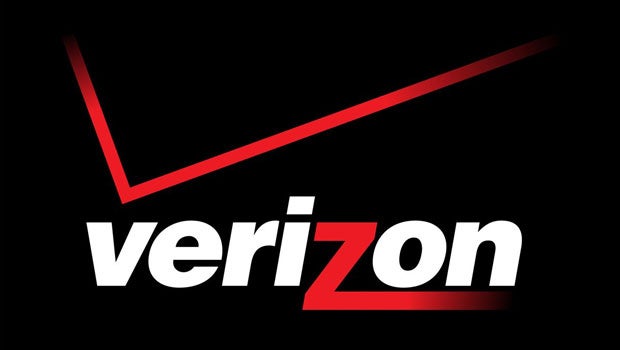 Loser: Verizon, for screwing everything up

The result: Chat app Discord was borked and anime streaming service Crunchyroll was down for a good chunk of the day. In addition, some users of Google Nest devices reported that things weren’t working well, and users of Amazon Echo speakers found that voice assistant Alexa wasn’t playing nice.

The culprit: Well, there’s lots of reasons for why this happened, but everyone involved has fingered US Internet service provider Verizon as the chief perp.

The problem arose when DQE Communications, an ISP in Pennsylvania, incorrectly used a BGP Optimizer, a product designed to manage Internet traffic, by splitting up IP address prefixes.

The mistake saw DQE and one of its customers Allegheny Technologies – a Pittsburgh-based steel manufacturer – suddenly grapple with more Internet traffic than they could be expected to handle.

Mistakes happen, but ultimately, according to Tom Strickx, network software engineer and self-described ‘packet wrangler’ for Cloudflare, it’s Verizon, DQE’s transit provider who is on the hook for the screw-up:

“This was the equivalent of Waze routing an entire freeway down a neighborhood street – resulting in many websites on Cloudflare, and many other providers, to be unavailable from large parts of the Internet…

“What this means is that suddenly Verizon, Allegheny, and DQE had to deal with a stampede of Internet users trying to access those services through their network. None of these networks were suitably equipped to deal with this drastic increase in traffic, causing disruption in service.”

As well as causing disruption across North America, ripples were felt on this side of the Altantic, too, with some of us at Trusted Towers not being able to access Crunchyroll as of Tuesday.

How likely is it that something like this occurs again? Strickx has called on Verizon and all transit providers to implement better security protocols, specifically RPKI, which Cloudflare handily already adheres to, to better stop this from happening.

Verizon has not at the time of writing responded to Cloudflare or Trusted Reviews request for comment.

While the issue has been resolved, it’s a timely reminder that we’re at the mercy of Internet giants from all over the world, at least until better flagging systems for traffic routing are in place.

In the event of our favourite online services going offline, this also serves as a reminder that we should perhaps check out the permanently-online analogue world from time to time, too.